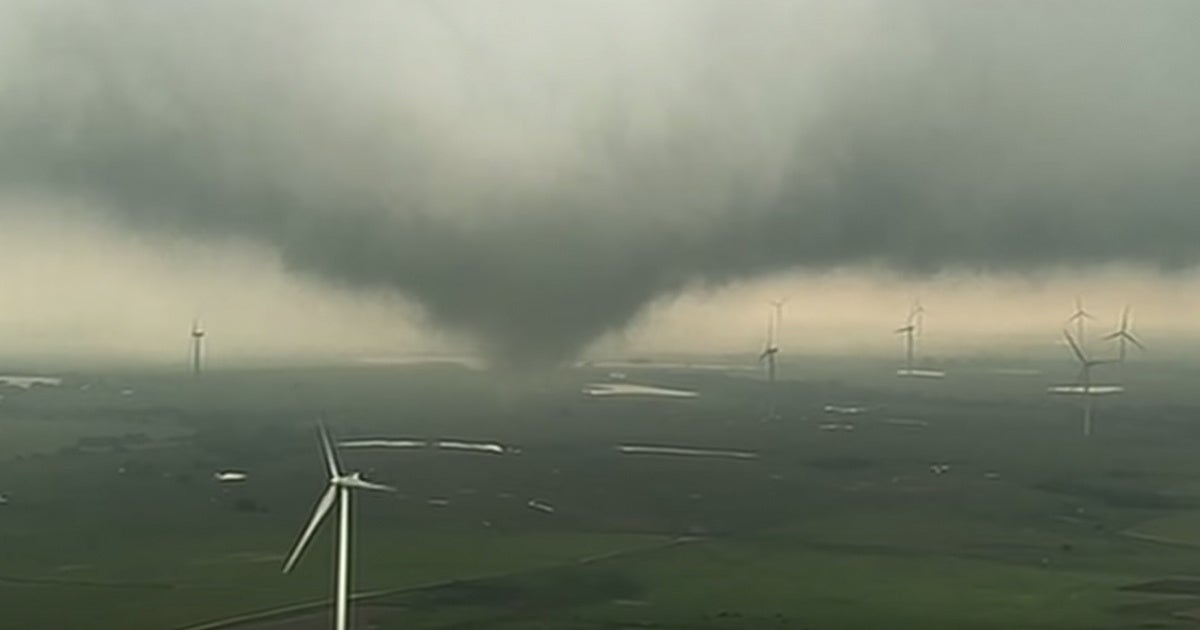 Extreme weather spawned 18 tornadoes across five states Monday, USA Today reported. Tornadoes were reported in Texas, Oklahoma, Kansas, Missouri and Arizona, but were not as dangerous as forecasters had initially feared, the Associated Press reported.

The National Weather Service’s Storm Prediction Center (SPC) had raised the probability of tornadoes in northwest Texas and central Oklahoma from 35 to 45 percent Monday afternoon. The last time chances were that high was April 14, 2012, when 122 tornadoes killed six people in Kansas and Oklahoma, according to USA Today.

All of Oklahoma City was included in the “high-risk” area, and most of the largest school systems in the center of the state closed Monday, including the University of Oklahoma campus. It appeared to be the first time such a mass closure had taken place in central Oklahoma ahead of an extreme weather event, the Weather Underground reported.

“This event should result in a significant threat to life and property,” the SPC said.

Luckily, the tornadoes touched down in remote areas and no injuries were reported, according to the Associated Press.

One tornado struck Mangum, Oklahoma, damaging some roofs and destroying the high school barn, though the animals survived.

“The pigs are walking around wondering what happened to their house,” Greer County emergency management director Glynadee Edwards told the Associated Press.

Another tornado damaged a home and destroyed a barn near Lucien, Oklahoma.

The storm system produced golf-ball sized hail, and raised the risk of flooding, especially in parts of Oklahoma, Kansas and Missouri, AccuWeather reported. The risk of tornadoes and flooding continued into Tuesday, but was less severe, according to USA Today.

The outbreak comes during a stormy month for the South-Central U.S. At least 50 tornadoes were reported in the central and southern plains last week and into the weekend, according to AccuWeather. And more storms are expected in the region later this month.

“It looks like there is no end in sight to this very active pattern of severe weather into the end of May,” AccuWeather extreme meteorologist Reed Timmer said, as USA Today reported.

The relationship between tornado outbreaks and climate change is not yet fully understood.

A 2016 study co-authored by Columbia University professor Michael Tippett found that tornado outbreaks (systems that spawn multiple tornadoes in an area within hours or days) were becoming more extreme. An outbreak with a 20 percent chance of occurring in a given year would have produced 40 tornadoes in 1965, but 80 in 2015. However, the researchers found that the cause of those outbreaks was the opposite of what they would have expected if climate change were to blame, as Climate Central explained:

Why some storms produce tornadoes but others don’t still isn’t fully understood, but two components are essential: an unstable atmosphere, which promotes the convection that drives severe storms, and wind shear, or changes in wind speed and direction at different levels of the atmosphere, which helps create a tornado’s rotation.

Climate models have suggested that instability should increase with warming, because of the excess water vapor a warmer atmosphere can hold, but that wind shear should decrease. The increase in instability was seen to win out, though, suggesting it could be behind the tornado trends.

But when Tippett and his team looked at trends in particular atmospheric measures of these two factors, “we found the opposite,” he said: Wind shear was behind the trends in extreme outbreaks.

National Severe Storms Laboratory senior scientist Harold Brooks, who was not involved with the study, said more research needed to be done to determine if climate change were not responsible, or if scientists simply did not yet fully understand how it impacts storm systems. If climate change is to blame, then the increase in the severity of tornado outbreaks will continue. However, if the cause is related to a natural cycle, the trend could eventually reverse, Climate Central reported.