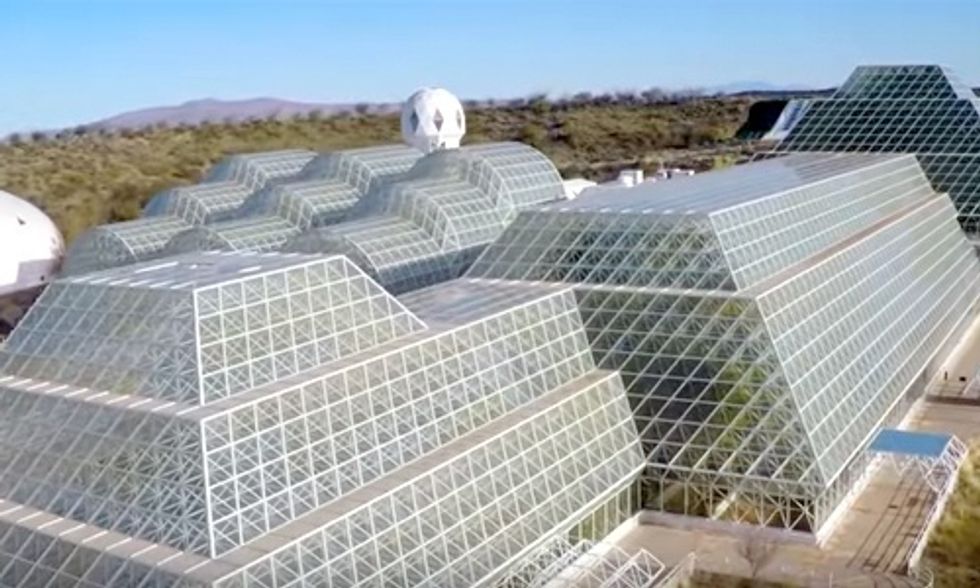 Scientists wanted to know if we could replicate the Earth's ecosystems, so in the Sonoran desert outside of Tucson, Arizona they built a three-acre closed-system environment designed to do just that. Known as Biosphere 2 (Biosphere 1 is the Earth), the project was started back in the late 1980s. The idea was to test if we could re-create the Earth's ecosystems in a closed environment to help people to be able to live in space for an extended amount of time.

The project has had a rocky past. In the early 90s, eight brave souls pledged to live in Biosphere 2 for a full two years. "All of their food, water and amenities had to be obtained from inside the Biosphere," says PBS' The Good Stuff. The project ended up hitting a number of stumbling blocks. Oxygen levels got so low halfway through the first year that they had to put more in over fear for the safety of the Biosphere residents. The media deemed the project a failure. A second mission began in 1994, but ended only six months later due to mismanagement and to the fact that two crew members sabotaged the project.

But John Adams, deputy director of Biosphere 2 doesn't see those projects as failures—merely learning processes. "What they did learn, and in my opinion the single most important lesson, was just how little we truly understand Earth's systems," says Adams.

Although people don't live there anymore, the ecosystems have been growing for more than 20 years now, and researchers have been able to learn a lot from the project. In fact, although it was theorized for a long time, ocean acidification "was first demonstrated on a large-scale by researchers from Columbia University at Biosphere 2." And now the University of Arizona is getting ready to conduct the world's largest Earth sciences experiment at Biosphere 2.