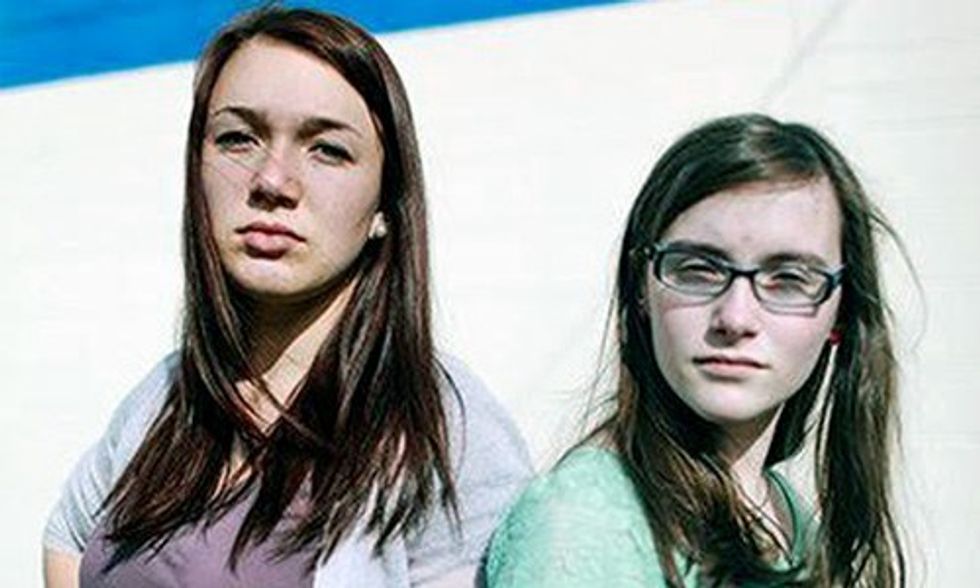 Two teenagers from Eugene, Oregon appealed Judge Karsten Rasmussen’s adverse decision yesterday to their climate change lawsuit. In its decision, the court ruled that the state of Oregon has no responsibility to preserve Oregon’s iconic rivers and beaches, fish, wildlife, shorelands or the atmosphere for future generations.

Without addressing any of the evidence presented in expert declarations supporting the youth, including statements from the state’s own scientists, the court questioned “whether the atmosphere is a ‘natural resource’ at all.” Last year, Judge Rasmussen decision was reversed by the Oregon Court of Appeals in the same case brought by the teens, and plaintiffs Kelsey Juliana and Olivia Chernaik are hopeful that the most recent decision will be overturned again.

Juliana and Chernaik’s appeal comes less than two weeks after two landmark climate wins in the courts. On June 23, Washington state youth, who along with Juliana and Chernaik are part of a global youth-driven legal campaign, won an unprecedented decision in their climate change lawsuit. Hours later, after the win in Washington, the Dutch Urgenda Foundation and hundreds of Dutch citizens won a climate case that forces the Netherlands government to adopt stringent climate policies.

Back in Oregon, youth aren’t seeing similar victories—yet. The Oregon legislature ends its session this week without passing or even putting to a floor vote Oregon’s Climate Stability and Justice Act (HB 3470), which would have been the most comprehensive climate law in the state.

“My friends’ victory in Washington and the big win in the Netherlands gives me great hope,” said 19-year-old Juliana. “These are victories we all need, and I wish the state of Oregon would step up to the plate and adopt and enforce laws that ensure a stable climate for its citizens. This spring I met with Governor Kate Brown to discuss the importance of the passage of HB 3470. I gained her word of support for the bill, but that wasn’t enough. The legislature wasn’t bold enough to act. I’m not about to sit idly by as my state refuses to act on climate change. In appealing my case, I’m confident the Court of Appeals will right Judge Rasmussen’s decision and put Oregon on the right trajectory toward climate stability.”

Judge Rasmussen ultimately ruled that because he believes the atmosphere is not irreplaceable and is not a “commodity,” the public trust doctrine does not apply to it. The court stated that whether greenhouse gas emissions should be limited or whether global warming should be stopped is a question solely for the legislature.

The plaintiffs in the case do not disagree that solutions to the climate crisis lie with the legislative branch. However, the judiciary has a well-established role in our constitutional democracy in providing a check on the legislative branch when the legislature is violating the people’s constitutional rights and failing to protect irreplaceable public trust resources. This case was brought to correct violations of the legal rights of Oregonians and prevent the irreversible catastrophes facing the state if climate disruption is not stopped.

“The last week of June was a momentous week in the courts on climate and on the right of everyone to marry whom they wish,” said Julia Olson, executive director and chief legal counsel at Our Children’s Trust. “The U.S. Supreme Court wrote in Obergefell v. Hodges that ‘individuals need not await legislative action before asserting a fundamental right.’ For more than five decades, our government has known that that the seas were rising, the ice melting, waters acidifying and yet, they’ve utterly failed to put a stop to atmospheric carbon pollution. Our children deserve better. Future generations deserve better. Kelsey and Olivia are exercising their constitutional rights today in order to protect all of ours. I’m grateful for them and for democracy.”

“Every day, we see more and more evidence of the climate crisis unfolding around us,” said Chris Winter of Crag Law Center, who is representing Juliana and Chernaik. “We are at a tipping point where the courts are poised to uphold the rights of our children to breath clean air and drink clean water. For the futures of our kids and grandkids, we must change course.”

Youth plaintiffs are represented by Crag Law Center and Liam Sherlock at Hutchinson, Cox, Coons, Orr & Sherlock, P.C. Kelsey and Olivia’s lawsuit was filed with the help of Our Children’s Trust, an Oregon-based nonprofit coordinating a global, game-changing, youth-driven legal campaign to establish the right to a healthy atmosphere and stable climate. The legal effort advances the fundamental duty of government today: to address the climate crisis based on scientific baselines and benchmarks, and to do so within timeframes determined by scientific analysis.

Short documentary films of Juliana and other young people taking legal action can be seen here.