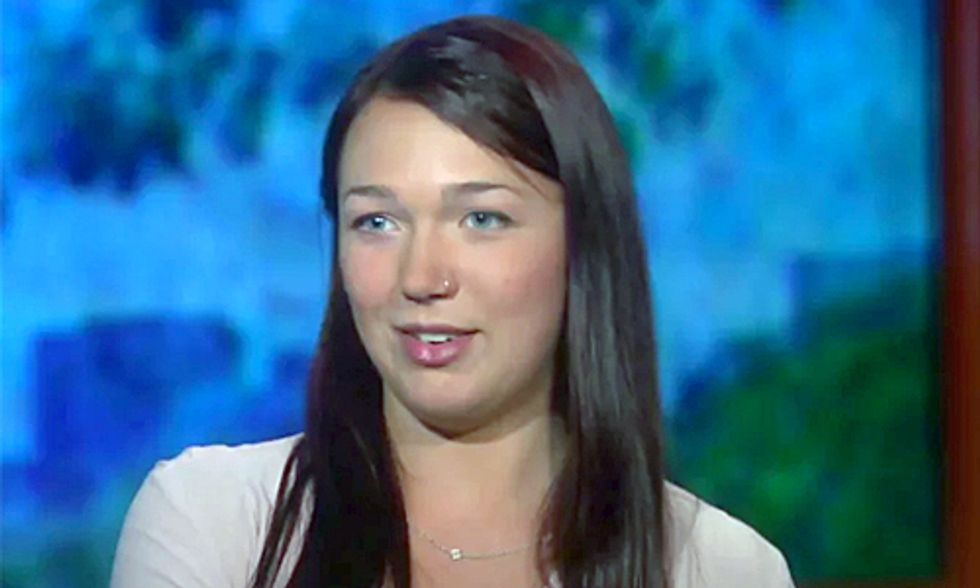 Are you tired of hearing how apathetic young people are? Then listen to Kelsey Juliana.

Oregon teen Kelsey Juliana tells Bill Moyers how she got her passion to protect the climate. Photo credit: Moyers & Company

Her parents met in ’90s while protesting logging in Oregon's old-growth forests, and she's a chip off the old blocks. Now 18, she's a plaintiff in a lawsuit to force Oregon to act to reduce carbon emissions that are driving climate change.

She'll be in New York City for the People's Climate March but she's in the midst of a longer walk. She's joined other environmental activists in the Great March for Climate Action, which stepped off in Los Angeles on March 1 and winds up in Washington D.C. on Nov. 1. The group is taking a break just as they're crossing the Indiana border into Ohio and taking a bus to New York City to join the march.

Juliana talked to Bill Moyers on this week's edition of Moyers & Company to explain why she's so devoted to saving the planet.

“You don't have to call yourself an activist to act,” she says on the segment. “I think that's so important that people my age really get [that] into their heads. As a younger person, I have everything to gain from taking action and everything to lose from not. It's important that youth are the ones who are standing up because of the fact that we do have so much to lose. We don't need to only look at ecology. We can look at it as, 'Why do I care about climate change? Because I want to be able to do things. Because I want to ensure my children will be able to do things.'”