New Dam Could Be ‘Ecological Armageddon’ for Rare Orangutan 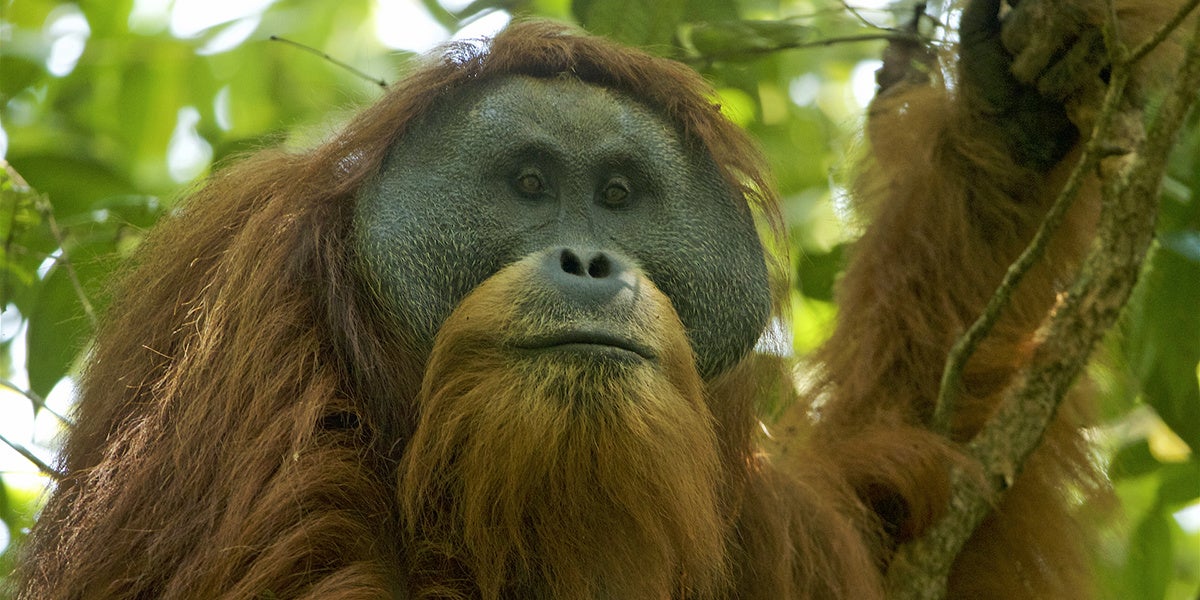 Less than a year ago, scientists announced an exciting discovery—a new species of orangutan, called the Tapanuli orangutan, living in Batang Toru in Sumatra, Indonesia, The Conversation reported.

But an article published in Current Biology Thursday has some sobering news for the newly discovered ape: The “critically-endangered species” is at serious risk for extinction.

“This is just the seventh species of Great Ape ever discovered, and it could go extinct right before our eyes,” study co-author and University of Indonesia Prof. Jatna Supriatna said in a James Cook University press release about the new study.

There are fewer than 800 of the rare apes squeezed into a habitat less than a tenth the size of Sydney, the release noted.

“In forty years of research, I don’t think I’ve ever seen anything this dramatic,” James Cook University professor and research team leader William Laurance said in the press release.

The Tapanuli orangutan is under threat for many reasons, including deforestation, poaching and road-building, but researchers said the most immediate threat is a large dam being built by China called the Batang Toru project, which will flood large parts of their habitat and disrupt others with roads and powerlines.

“This is a critical test for China and Indonesia. They say they want sustainable development—but words are cheap,” Laurance said in the press release.

“Without urgent action, this could be ecological Armageddon for one of our closest living relatives,” he continued.

In another article for The Conversation, Laurance explained the dam was part of China’s Belt and Road Initiative (BRI) that seeks to build roads, ports, railways and energy projects in 70 countries. Laurance said that, while the BRI projects were reviewed by China’s National Development and Reform Commission until 2015, that body really only had direct control over projects funded by the China Development Bank and the Export-Import Bank of China. But most projects will have multiple, international funding sources.

“It will bring sizeable economic gains for some, but in nearly 40 years of working internationally, I have never seen a program that raises more red flags,” Laurance wrote.

He mentioned working with Chinese colleagues who had withdrawn their authorship of scientific papers that criticized the BRI.

There is currently a debate in Beijing about environmental standards for the BRI, with larger corporations that face more liability demanding tougher standards and smaller companies lobbying for looser ones.

The Tapanuli orangutans threatened by the project are one of three orangutan species. Compared to the Bornean and Sumatran orangutans, they have larger canines and smaller skulls, scientists reported in the 2017 Conversation article.