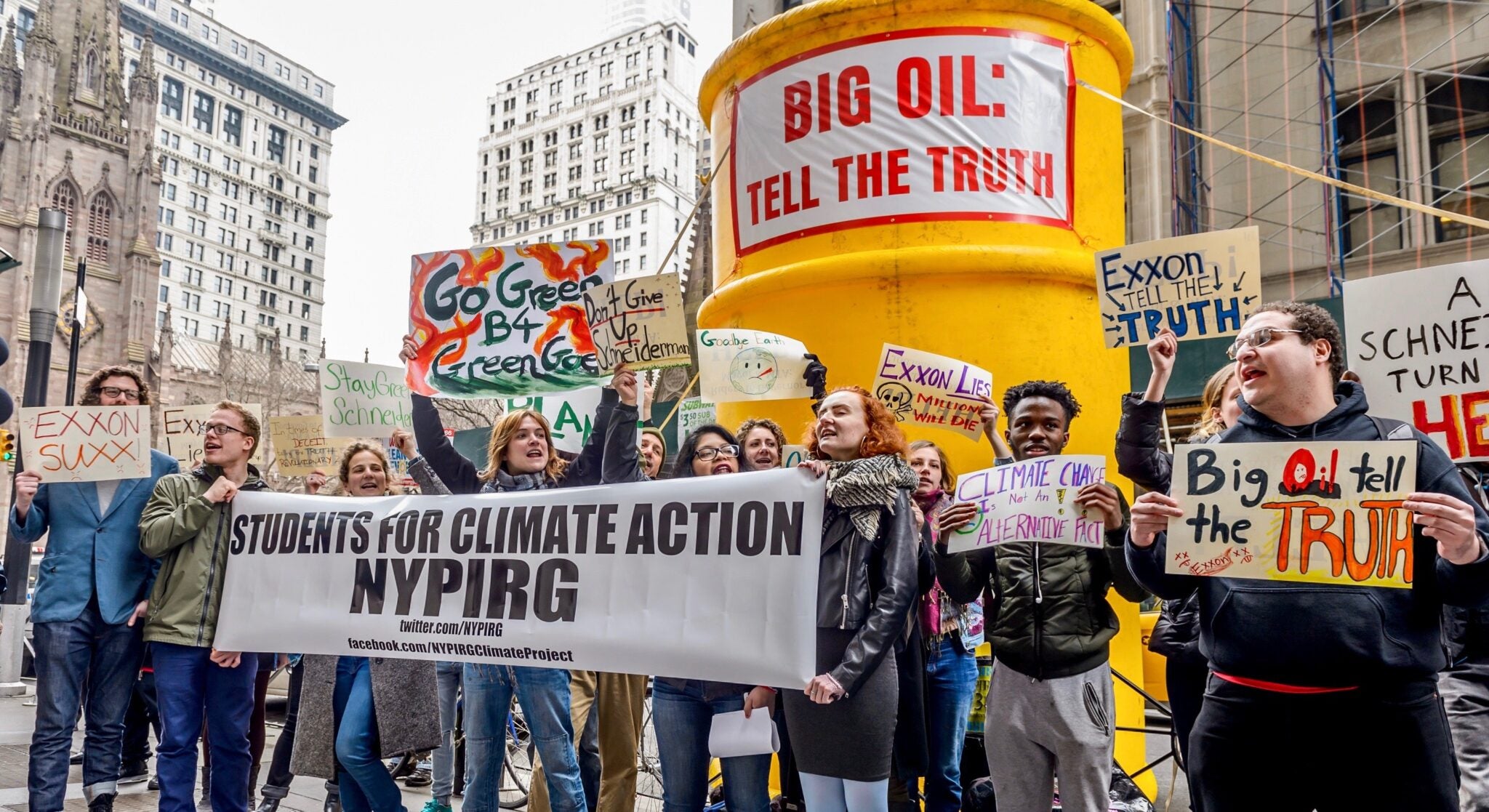 Massachusetts’ Democratic Attorney General Maura Healey declared “victory” on Monday after the U.S. Supreme Court rejected
ExxonMobil’s attempt to derail her office’s probe into whether the fossil fuel giant misled investors and the public about its knowledge of climate change.

The decision effectively affirmed Healy’s authority to investigate Exxon and to order the company to hand over decades of internal records related to the company’s understanding of global warming.

This victory “clears the way for our office to investigate Exxon’s conduct toward consumers and investors,” Healey
tweeted after the ruling.

“The public deserves answers from this company about what it knew about the impacts of burning fossil fuels, and when,” she added.

Today’s #SCOTUS victory clears the way for our office to investigate Exxon’s conduct toward consumers and investors. The public deserves answers from this company about what it knew about the impacts of burning fossil fuels, and when. https://t.co/BljXQzcY49

Healey
first issued a civil investigative demand on Exxon in April 2016 in order to seek “information regarding whether Exxon may have misled consumers and/or investors with respect to the impact of fossil fuels on climate change, and climate change-driven risks to Exxon’s business.”

The oil company repeatedly tried to block the AG’s investigation in lower courts but never prevailed. Today’s rejection from the nation’s top court likely means that Exxon must comply with Healy’s demands.

“This latest decision brings great momentum in the fight to hold fossil fuel companies accountable for causing the climate crisis,” Yakupitiyage said in an issued statement. “We thank Attorney General Healey for her vigilant leadership in standing up for people over polluters.”

In October, New York Attorney General Barbara Underwood officially filed a lawsuit against Exxon alleging the company defrauded shareholders and downplayed the risk of climate change to its business.

Underwood’s office said in a
press release that a years-long investigation uncovered an alleged fraudulent scheme to systematically and repeatedly deceive investors about the significant impact that future climate change regulations could have on the company’s assets and value. The alleged fraud reached the highest levels of the company, including former chairman and CEO Rex Tillerson.

The probes from the Massachusetts and New York attorneys general were launched after groundbreaking investigations by InsideClimate News and The Los Angeles Times in 2015, which reported that Exxon scientists and executives understood for decades that its products drive global warming.

Exxon has dismissed these allegations as “meritless,” Reuters reported.