States Lead the Way on Energy Efficiency as Feds Falter 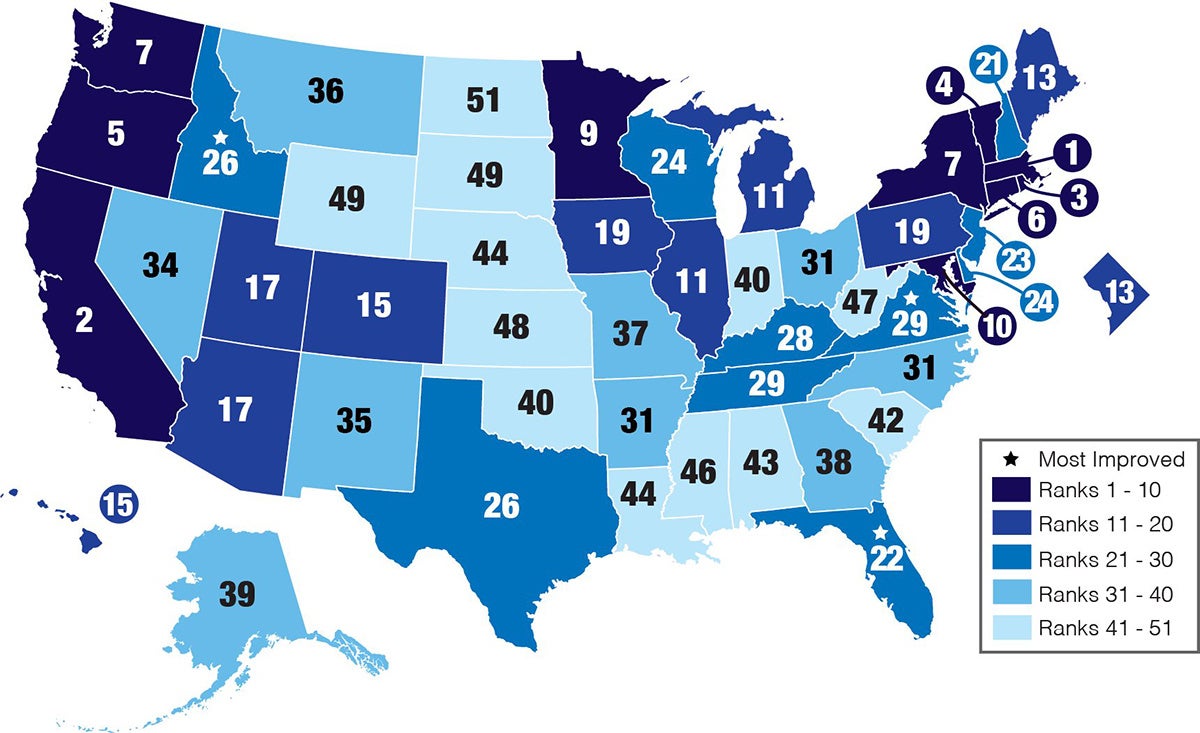 American Council for an Energy-Efficient Economy

A recent report card of state energy efficiency policies and programs shows that even in this era of partisan divide, blue and red states alike are embracing smarter energy use as a key strategy for reducing harmful pollution, saving consumers money, creating jobs and driving economic growth.

The annual ranking of states by the American Council for an Energy-Efficient Economy (ACEEE) highlights how many states are stepping up efficiency efforts despite the lack of federal leadership. Utilities nationwide spent more than $7 billion on energy efficiency programs in 2016, saving more than 25 thousand gigawatt-hours of electricity. How much is that? It’s enough to power almost 3 million homes and avoid the equivalent amount of emissions spewed from nearly 4 million cars over one year.

This year the scorecard also looks at how well states provide access to programs for low-income customers, who spend a disproportionate amount of their income on energy bills. This will raise the bar of expectations for all states to ensure these customers also share in the benefits of energy efficiency.

Furthermore, in contrast to states who rolled back efficiency policies (e.g., Indiana and Minnesota), others renewed their commitment to help lay the groundwork for future savings (e.g., Colorado, Illinois, Michigan, Nevada and Ohio). This just goes to show that more states are finding efficiency a critical way to cut energy waste, save customers money and reduce pollution.

However, some states are not living up to their potential or even meeting their past efforts, such as New York State. The good news? Given Gov. Cuomo’s leadership and commitment to tackling climate change and scaling up clean energy, New York could regain its ranking as a national leader on energy efficiency if it takes the right steps to shore up the state’s energy efficiency framework in the coming months.

State efforts have gained urgency as President Trump recklessly shrugs off the dangers of climate change and moves to cut back popular—and successful—federal energy efficiency programs. What can you do? In addition to supporting those who focus their work on reducing the impact of climate change, this Thursday is the second annual Energy Efficiency Day where every one of us can take actions to make a difference. 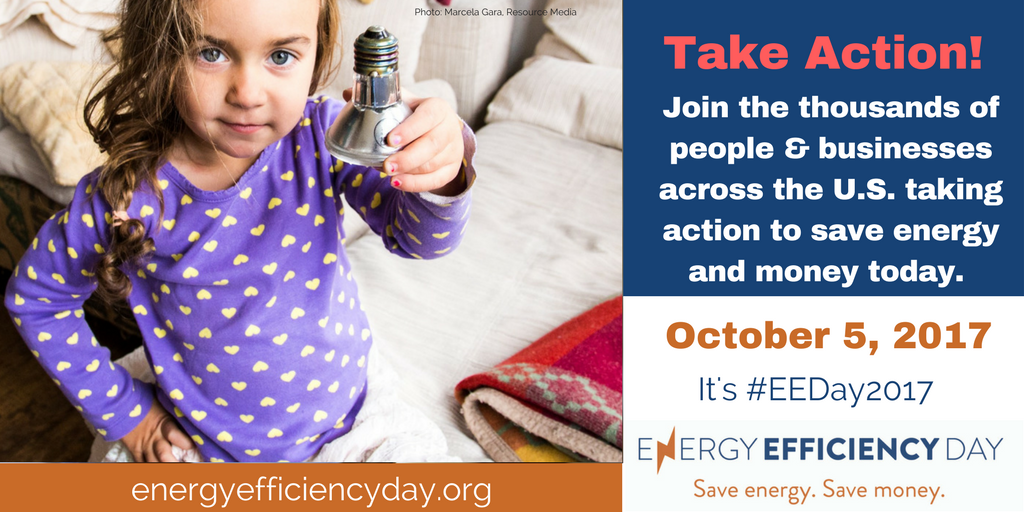 With the Trump administration actively rolling back efforts that help Americans, it’s up to states to keep the strong momentum of shifting to a clean energy economy that benefits the economy, customers’ wallets, public health and the environment.

Lara Ettenson is the director of the California Energy Efficiency Policy, Energy & Transportation Program at the Natural Resources Defense Council.