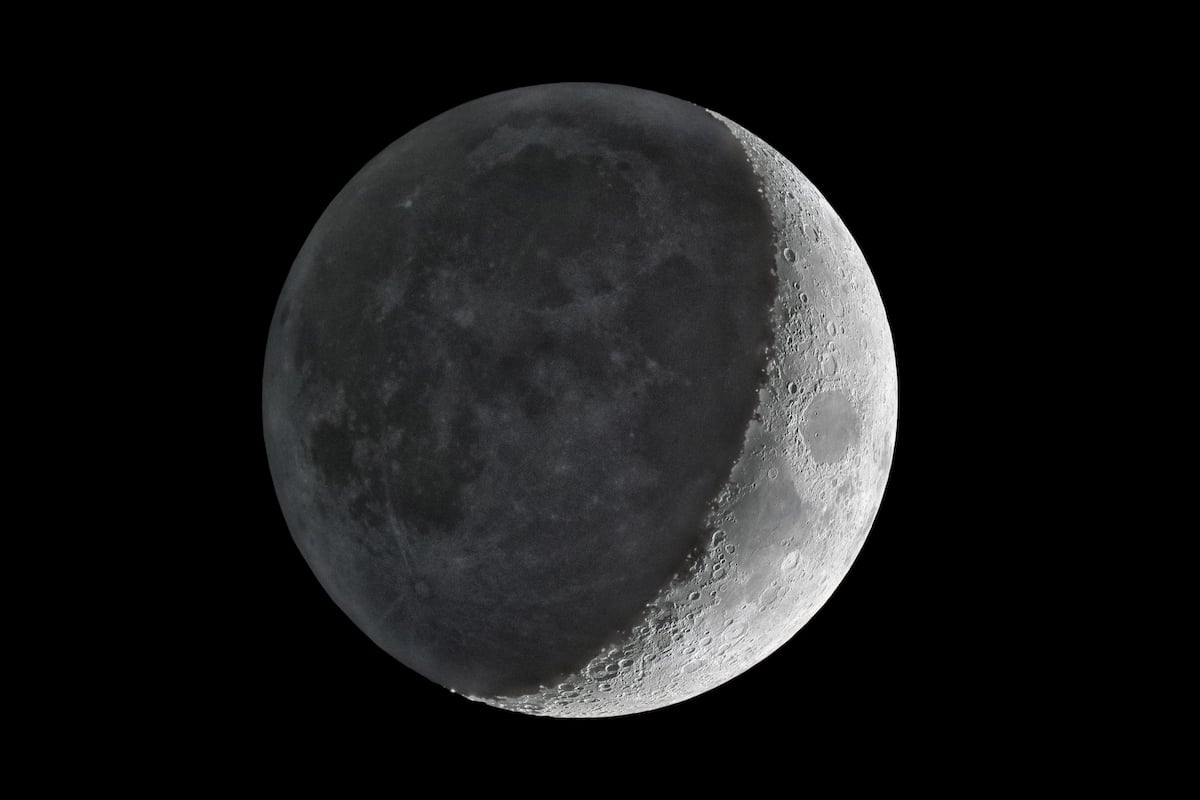 Craters are visible in an image of the moon and its earthshine. Christophe Lehenaff / Moment / Getty Images

The moon is about to be hit by 3 tons of space junk traveling at 5,800 mph. The impact is expected on Friday, March 4, and the resulting crater is expected to be large enough to fit several semi-trailers, although it could take weeks or months to confirm the impact via satellite data.

According to AP News, scientists estimate the debris to leave a crater measuring 33 to 66 feet in diameter. Experts believe the waste, a leftover rocket, was sent into orbit by China several years ago, although China doubts that the waste belongs to it.

Bill Gray, an asteroid tracker and physicist, originally identified the space junk as belonging to SpaceX, who took on the responsibility. But Gray later said the debris was not from a SpaceX Falcon rocket. Gray then noted the object could be part of a rocket from China that went to the moon and back to Earth in 2014. Officials in China say that upper stage of rocket burned in Earth’s atmosphere upon return.

Observers from the U.S. believe the rocket from China’s 2014 launch and a rocket from a similar mission in 2020 are being confused with one another, though. U.S. Space Command officials also confirmed this week that the upper stage from the 2014 mission never deorbited, although they can’t confirm the origin country for the object about to collide with the moon.

Gray feels more certain now that the leftover rocket belongs to China. “I’ve become a little bit more cautious of such matters. But I really just don’t see any way it could be anything else,” he told AP News.

Regardless of who is responsible for the rocket, it is already well on its way to leaving a new crater on the moon.

“It’s not a SpaceX problem, nor is it a China problem. Nobody is particularly careful about what they do with junk at this sort of orbit,” Gray said.

The upcoming crater is slated for north of the moon’s equator, where it will be harder to track. There won’t be any lunar landers or orbiters nearby to catch the impact.

“I had been hoping for something (significant) to hit the moon for a long time. Ideally, it would have hit on the near side of the moon at some point where we could actually see it,” Gray said.

Although space waste is easy to track, it’s not done by many people, other than some hobby trackers. The junk is typically launched deep into space and unlikely to collide with celestial bodies. But Jonathan McDowell, part of the Harvard and Smithsonian Center for Astrophysics, notes that as more countries and businesses leave behind waste in space, the world is going to need to start keeping track of the space junk and who’s responsible for it.