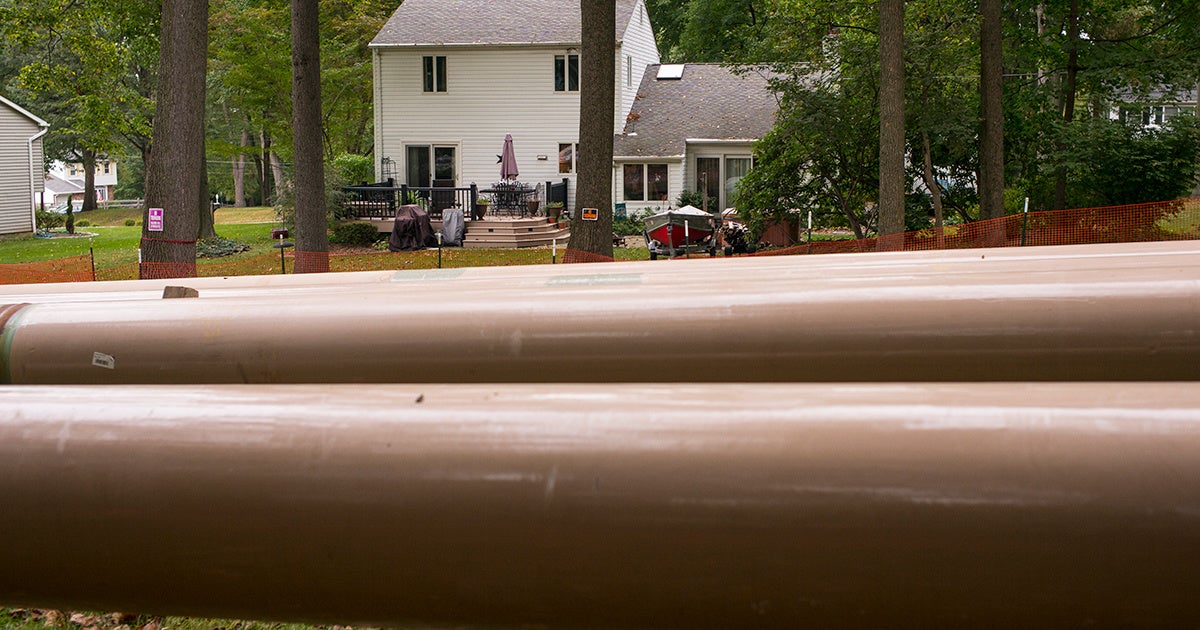 Sunoco, a subsidiary of Energy Transfer Partners, repurposed the older pipeline to carry up to 70,000 barrels of natural gas from the Marcellus Shale region to a refinery in Marcus Hook each day. It was shut off for two months in 2018 when sinkholes developed in the same development, The Philadelphia Inquirer reported.

John Mattia lives 60 feet from the new sinkhole, which is about five feet wide by 10 feet deep.

“I find it alarming to say the least that in an area that they say they already remediated there is a new sinkhole,” Mattia told StateImpact Pennsylvania. “To have this happen again and to expose the pipeline completely, I find despicable.”

John Mattia's house is about 60 feet from a new sinkhole that exposed a section of the Mariner East 1 pipeline. He said it undermines any confidence he may have had in Sunoco's ability to build and operate the pipelines safely. https://t.co/tjTHkh99hL via @StateImpactPA pic.twitter.com/HfuAXL687V

Sunoco has said that there was “no impact” to the pipeline from the sinkhole. However, it agreed to shut down the pipeline and purge it of natural gas while the subsidence is filled in. The Public Utilities Commission’s (PUC) Bureau of Investigation and Enforcement said Sunday the pipeline would not be able to restart without its approval.

The incident comes four months after another Energy Transfer Partners pipeline exploded in Beaver County, Pennsylvania, possibly because of a landslide.

“This needs to be shut down immediately for the safety of the public. The pipeline explosion that happened in Beaver County in September 2018 was also due to ground subsidence. This area has not been stabilized for over 15 months at this point,” Del-Chesco United for Pipeline Safety wrote in a Facebook post announcing the incident.

Del Chesco United for Pipeline Safety spokesman Eric Friedman told The Philadelphia Inquirer that locals had long had concerns about how the geology of the area would accommodate pipelines.

“It’s riddled with caves of various sizes,” Friedman said. “It’s unstable. The area has problems with roads sinking…. This is an area, frankly, that was recognized by citizens’ groups as a geologically problematic area…. It seems like everyone knew this was going to be a problem except Sunoco and the PUC.”

In December of 2018, Chester County District Attorney Thomas Hogan opened a criminal investigation into the Mariner East pipeline over the sinkholes, water contamination and bullying of local community members.

State Senator Andy Dinniman told the opportunity to call for an investigation, casting doubt on the PUC decision to restart the pipeline last year after the first sinkholes appeared.

“What we’d have to do with the legislature or the executive branch of government is have a total review of this pipeline and to have that review done by an independent authority who has nothing to do with either Sunoco or the Public Utility Commission,” Dinniman said, as ABC 6 reported.