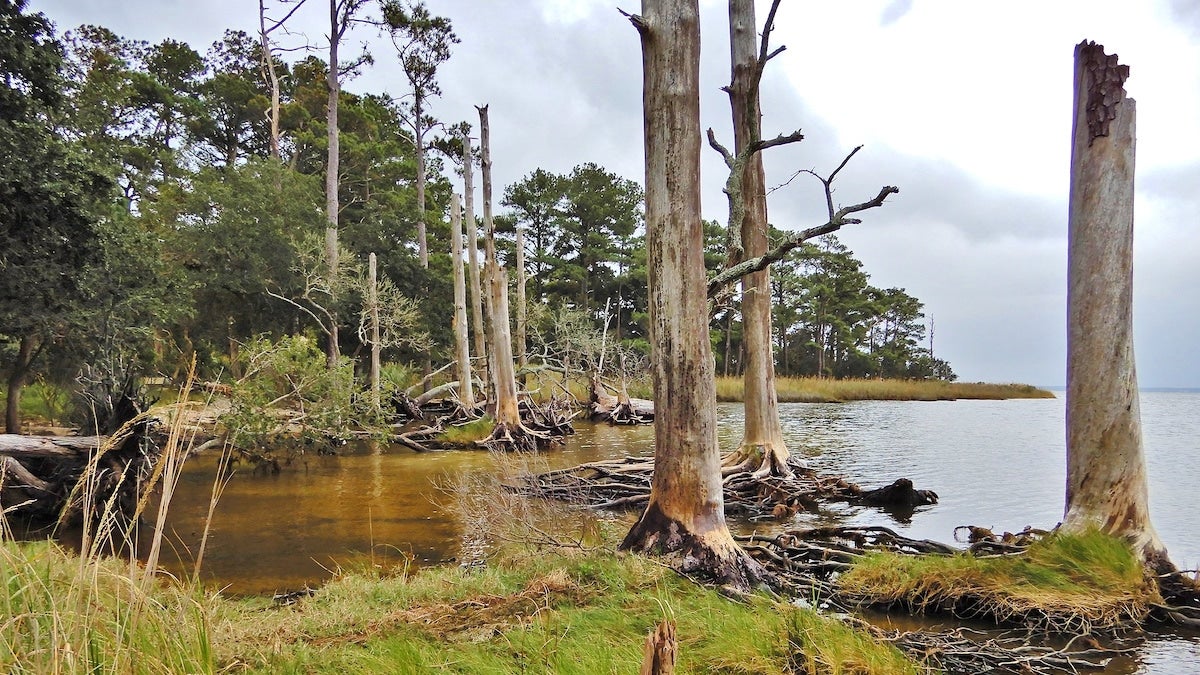 Along the Atlantic coast, ghost forests provide haunting signs of sea-level rise. These stands of bleached and broken tree trunks are all that remain after salty water inundates a forest.

Matt Kirwan is with the Virginia Institute of Marine Science. He says ghost forests are not a new phenomenon, but they’re moving inland faster as seas rise.

“Eventually they’ll fall apart and become stumps surrounded by marshland,” he says. “And so when you see a ghost forest now, you’re seeing where the marsh will be in the future.”

Marshes are valuable ecosystems, so in some ways, that’s positive.

“Ghost forests are a surprising indicator of ecological resilience in coastal systems,” Kirwan says. “They mark how marshes naturally migrate in response to sea-level rise.”

But that migration comes at a cost.

“Places that people have lived for hundreds of years are becoming too wet and too salty to grow crops on, in some cases,” Kirwan says. “And of course, the forest resources are being lost. And in some cases, people are forced to move from their homes as the land becomes too flooded.”

So ghost forests have become eerie symbols of rapid change.