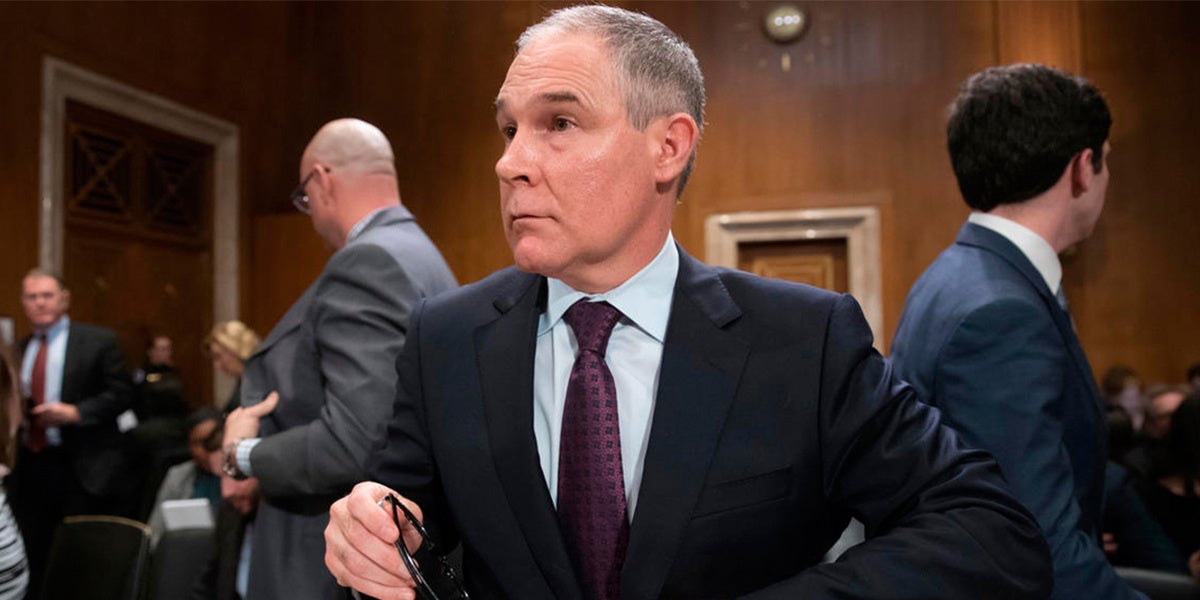 The Hill reported that Sen. John Barrasso, R-Wyo., sent a letter Friday to Pruitt asking him to “confirm that the EPA does in fact search all your official email accounts when responding to [Freedom of Information Act] requests?” The multiple email addresses were first reported last week by the Washington Post.

“We write to share our deep concern over Administrator Pruitt’s reported use of multiple email accounts … It is imperative that there be an investigation into whether the agency has properly searched these email addresses for responsive documents in response to Freedom of Information Act (FOIA) requests.”

“Evading federal records requests by using multiple emails fits Pruitt’s pattern of deception and smoke and mirrors to a T,” said EWG President Ken Cook. “It’s standard operating procedure by any shady operator to try to keep one step ahead of the authorities and those he’s fleeced.”

“Only government officials with some serious dirty dealings would move between multiple email accounts,” Cook added. “Between his four email accounts and his $43,000 private phone booth, Pruitt is taking all the appropriate steps to keep lawmakers, journalists and the prying eyes of taxpayers from learning what he’s been up to since becoming the head of EPA.”

According to The Washington Post’s report and the letter from lawmakers to the EPA inspector general, the email addresses Pruitt has used while head of the agency include: pruitt.scott@epa.gov, esp7@epa.gov, adm14pruitt@epa.gov and sooners7@epa.gov.