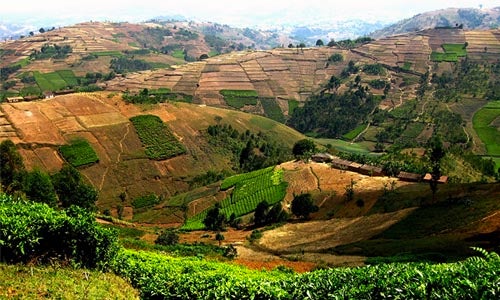 It is possible to produce enough food to feed a growing population without another tree being felled, according to new research. But there’s a catch.

The only way to guarantee enough food in 2050 is if the world turns vegan, says the study published Tuesday in Nature Communications. That way, even the most pessimistic projections for technological improvements and availability of farmland wouldn’t see people going hungry. 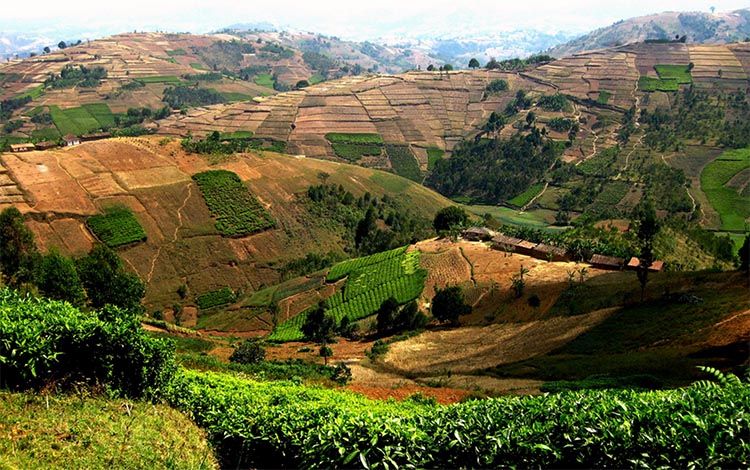 Agriculture on hills in the Burundian countryside. The green patches are tea. Until recently most of these hills were completely forested. Photo credit: Jane Boles / Flickr

With a global transition to veganism unlikely, the study explores the options left on the table if we continue to eat meat, as well as how climate change might narrow those options further.

The study is more of a thought experiment than a realistic set of projections. But the point it makes is simple: We, as humans, must work out how to make the most appropriate use of a finite amount of land. While there will inevitably be compromises, the paper concludes:

“Deforestation is not a precondition for supplying the world with sufficient food in terms of quantity and quality in 2050.”

Whether for growing crops, grazing or building on, 75 percent of the Earth’s ice-free surface is used in one way or another by humans, today’s study begins. Put another way, only a quarter is left in something resembling its natural state.

Land-based ecosystems house a large fraction of the world’s biodiversity, as well as providing food, fuel, energy, air and water purification and protection against the elements for humans.

“Forests store more carbon than any other land-cover type per unit area.”

The starting point for the study is a hypothetical world in which the global population recognizes the intrinsic value of our remaining forests and halts to deforestation.

The authors look at the projected global population in 2050 and work out what options exist for ensuring the supply of food meets demand, without encroaching on any forested land.

As well as a global average, the study considers whether supply meets demand in 11 distinct regions of the world. These include, for example, sub-Saharan Africa, North America, Western Europe and Southeast Asia.

The authors express food demand in kilocalories per capita per day and the base projections are in line with estimates from the UN Food and Agricultural Organization (FAO).

Regarding the consequence of a growing population on demand for cereals, roots, sugar crops, pulses, oil crops, and fruit and vegetables, the paper explains:

“Safeguarding the existing forests constrains agricultural development as it limits the expansion of cropland and grazing areas. Consequently, the increasing demand for food, feed, fibre and fuel of a growing world population will have to be met on shrinking per capita land areas.”

Options on the Table

The study examines how various different factors combine to affect whether or not demand is met in 2050. These include the expansion of farmland (ranging between 11-70 percent compared to 2000), the size of crop yields (high, low or business-as-usual) and the composition of human diet (ranging from heavy meat consumption through to veganism).

Of 500 pathways, each featuring a unique combination of these factors, 289 are likely to produce enough food while still staying within the study’s “zero-deforestation” limits.

According to the study’s results, 100 percent of scenarios that exclude all livestock manage to supply enough food to meet demand in 2050. In other words, if the whole world becomes vegan, the global population in 2050 could eat enough without another tree being cut down.

The same would be true if the whole world turned vegetarian, assuming the area available for crops expands more than about 22 percent compared to 2000 levels. The paper says:

“A vegan or vegetarian diet is associated with only half the cropland demand, grazing intensity and overall biomass harvest of comparable meat-based human diets.”

Assuming the world neither turns vegan nor vegetarian, what options are left? The study explores various options for continuing to eat meat, while still keeping our forests in tact.