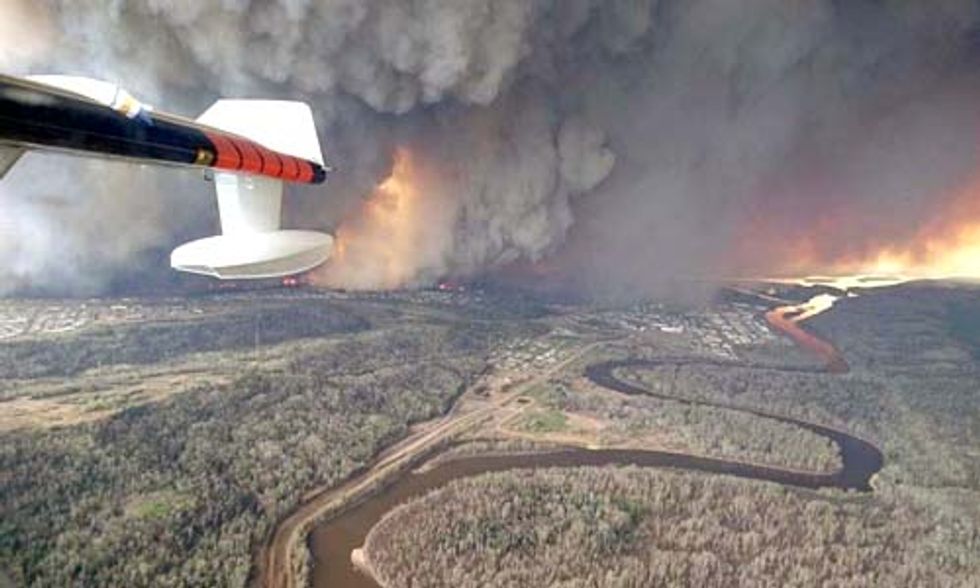 As the wildfire in Canada’s oil sands region continues to blaze, more reporters and analysts are taking a close look at the climate context behind the devastating and record-breaking fire.

Light rains and cooler temperatures have kept the fire under 400,000 acres so far, though officials warned that the fire could burn for months to come. "This is an example of what we expect—and consistent with what we expect for climate change," said Mike Flannigan, a professor of wildland fire at the University of Alberta told CNN.