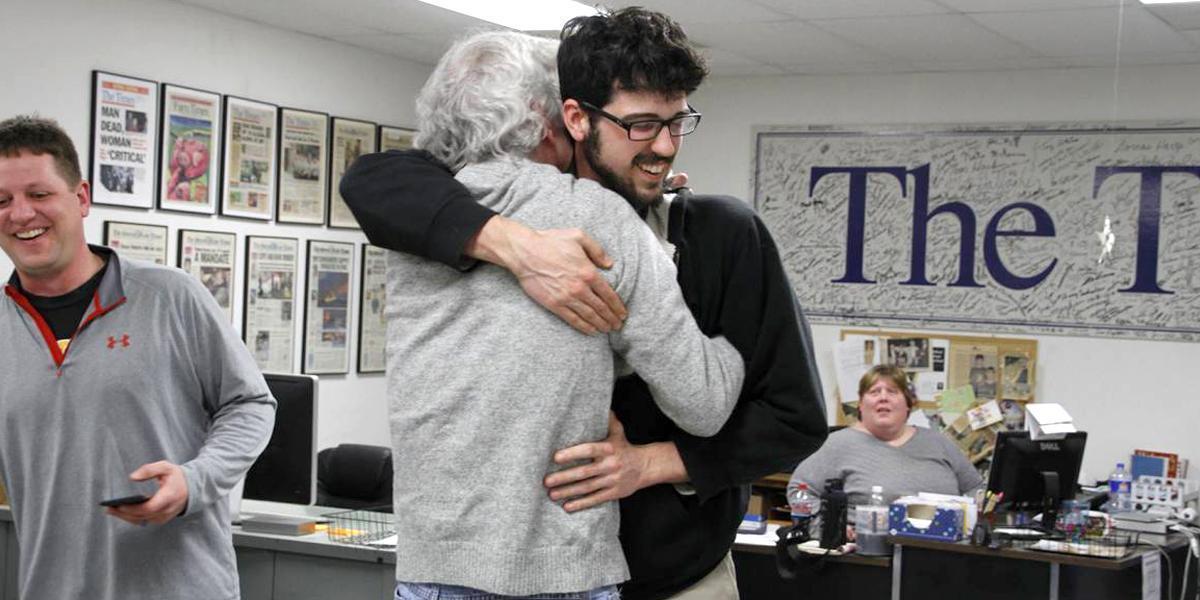 The Pulitzer Prizes this year came “in the face of a combative stance from President Trump, who has called the news media ‘the enemy of the American people,'” as the New York Times noted.

The prize shed light on a small family-run paper in Iowa that tenaciously challenged large agricultural corporations over water pollution. The Storm Lake Times forced documents to be released that showed powerful agricultural interests were funding a local county’s attempt to quell a lawsuit over nitrogen runoff from farms contaminating drinking water.

Art Cullen, the paper’s editor, slammed the close financial ties between Big Ag and county government in editorials described by the Pulitzer Committee as “impressive” and “engaging,” while also highlighting the catastrophic effects of nitrogen pollution. In one editorial, for example, Cullen wrote:

Anyone with eyes and a nose knows in his gut that Iowa has the dirtiest surface water in America. It is choking the waterworks and the Gulf of Mexico. It is causing oxygen deprivation in Northwest Iowa glacial lakes. It has caused us to spend millions upon millions trying to clean up Storm Lake, the victim of more than a century of explosive soil erosion.

Everyone knows it’s not the city sewer plant causing the problem. And most of us recognize that this is not just nature at work busily releasing nitrates into the water. Ninety-two percent of surface water pollution comes from row crop production.

The Washington Post’s David A. Fahrenthold also won an award for his persistent investigations into President Donald Trump’s claims of charity donations throughout the 2016 campaign. The Pulitzer Committee described Fahrenthold’s reporting, which revealed that the president’s charitable donations frequently fell far short of his claims, as “a model for transparent journalism.”

In addition, an international collaboration between McClatchy, the Miami Herald and the International Consortion of Investigative Journalists that resulted in the landmark Panama Papers investigation into offshore tax havens was awarded the prize for Explanatory Reporting.

The Guardian listed the wide-ranging ramifications of the revelations contained in the Panama Papers:

Iceland’s prime minister Sigmundur Davíð Gunnlaugsson was forced to quit after it emerged that his family had sheltered cash offshore. There were demonstrations in Argentina and a small war in Azerbaijan, initiated—some believed—to distract from revelations concerning the president and his daughters.

In China, censors blocked the words “Panama Papers” and jammed the website of the Guardian. In Russia, aides to Vladimir Putin fumed about a western “spy” conspiracy after it emerged that Putin’s oldest friend, the cellist Sergei Roldugin, had about $2bn flowing into a network of British Virgin Islands companies.

The founders of the Panamanian law firm, Jürgen Mossack and Ramón Fonseca, were arrested in February. They are currently in jail on suspicion of money laundering following a coordinated swoop by prosecutors across Latin America.

Other notable prize winners include Eric Eyre of the Charleston Gazette-Mail in West Virginia, for his investigative reporting on the state’s opiod crisis and the pharmaceutical corporations fueling it; the staff of the East Bay Times in Oakland, California, for their coverage of the “Ghost Ship” fire and city officials’ failure to take action that may have prevented the tragedy; and the New York Daily News and ProPublica for an investigation into the New York Police Department’s abuse of eviction rules that led to calls for citywide reform.