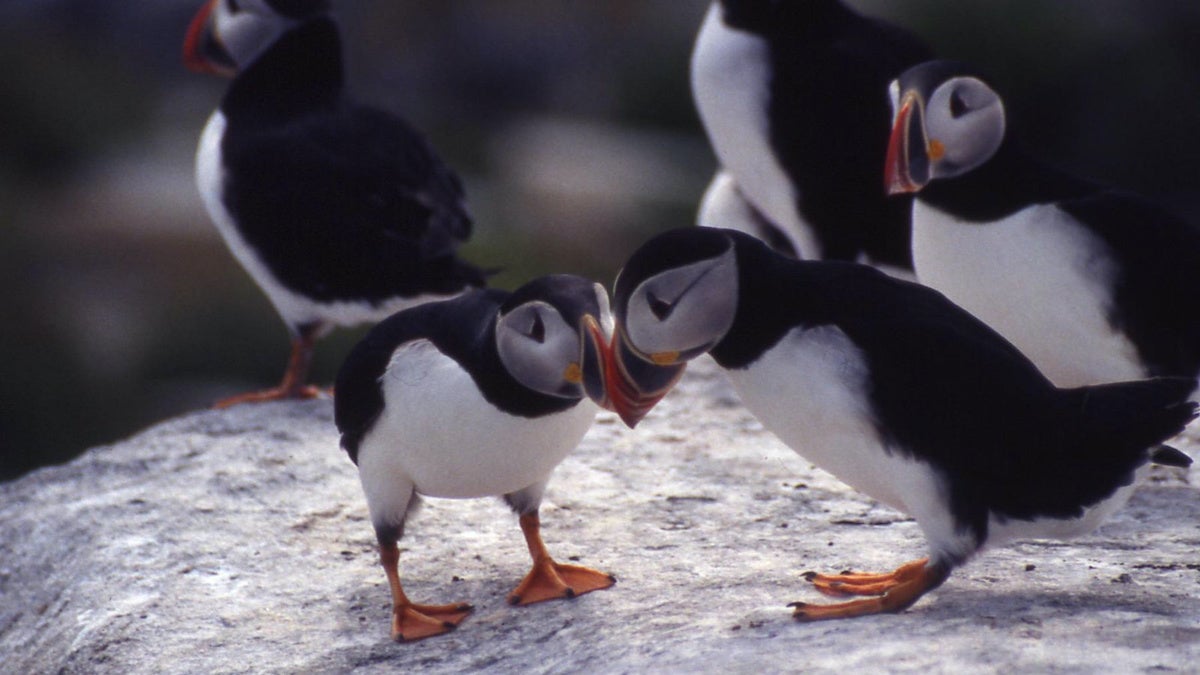 When Europeans first arrived in North America, Atlantic puffins were common on islands in the Gulf of Maine. But hunters killed many of the birds for food or for feathers to adorn ladies’ hats. By the 1800s, the population in Maine had plummeted.

He says that about 50 years ago, conservationists started bringing puffin chicks from Canada and hand-raising them on the Maine islands.

When those birds reached adulthood, they came back to the islands where they were raised and began nesting themselves.

Now the puffin colony in Maine has recovered to more than 1,000 nesting pairs. But global warming threatens to undo some of that progress.

“The Gulf of Maine is actually now one of the most rapidly warming water bodies on the planet,” Lyons says.

That’s driving many fish to cooler waters, so the puffins are forced to fly farther or dive deeper to catch enough food.

“The most intense warm years during the last decade have made it very difficult for puffins to raise chicks because of the additional work involved in finding food for them,” Lyons says.