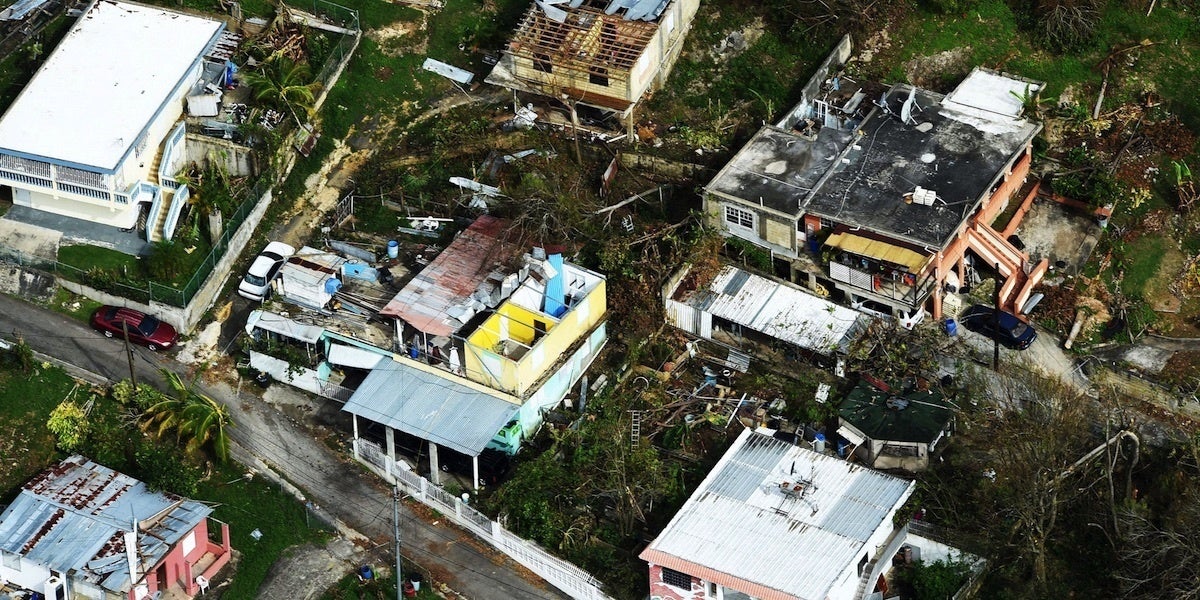 Puerto Rico‘s official death toll from
Hurricane Maria is 64. That number, as many media organizations have reported, is suspiciously low. Recent reviews of mortality data from Puerto Rico’s Center for Investigative Journalism and the New York Times estimate that the death toll is actually more than 1,000.

Following those reports, as well as earlier investigations from
CNN, Vox and Buzzfeed, Gov. Ricardo A. Rosselló has ordered the island’s Demographic Registry and Public Safety Department to scrutinize every death on the island since the devastating Sept. 4 storm.

In a statement released Monday, Gov. Rosselló acknowledged that “the number of hurricane-related deaths … may be higher than the official count certified to date.”

His administration “needs to investigative if the increase of the deaths is related directly or indirectly with Hurricane María,” Rosselló said.

This is a sharp reversal of the Puerto Rican government’s previous stance, which has staunchly defended the accuracy of the death count.

“A legal process of certification by a coroner or a doctor is necessary, and every family deserves that the case of their loved ones be looked at independently and thoroughly,” Rosselló continued in his statement. “We also want the most accurate count and understanding of how people lost their lives to fully account for the impact of these storms, and to identify ways in which we can prevent fatalities in advance of future disasters.”

Rosselló has also called for the creation of a panel of experts “to look into our current certification processes so that we can improve them going forward.”

However, he warned that the government “cannot base any official fatality related to the hurricane count on statistical analysis.”

“This is about more than numbers, these are lives: real people, leaving behind loved ones and families,” he said. “The Government needs to work with sensibility and certainty in the process of certifying a death related to the hurricane.”

According to the New York Times, “Reviewing the circumstances surrounding each death will require interviewing family members and doctors who signed death certificates to find out if, for example, the heart attack listed as the cause might have been brought on by stress related to the hurricane or might have been fatal because an ambulance could not get through debris-blocked streets to help in time.”

In October, President Donald Trump was criticized for saying that Puerto Rico should be “very proud” of the death toll from Hurricane Maria in comparison to the “thousands” of people who died in Hurricane Katrina.