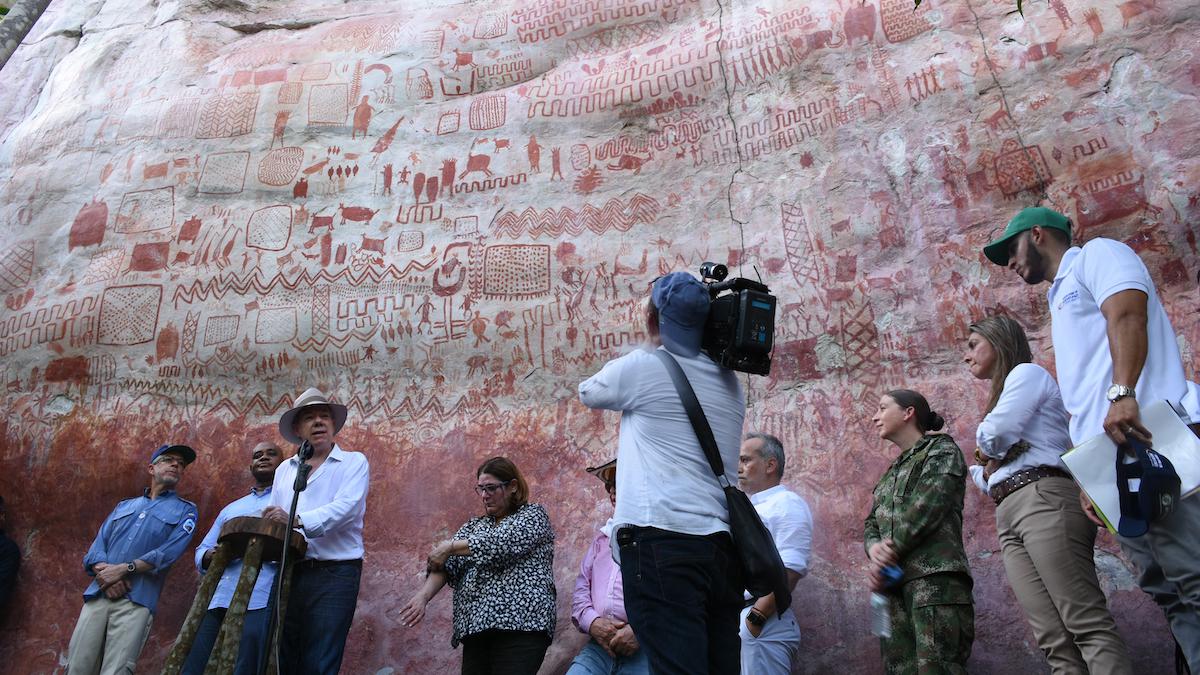 Archaeologists have discovered tens of thousands of prehistoric paintings of animals and humans in a remote area of Colombia. Some now-extinct animals are depicted, meaning the art is likely more than 12,500 years old.

These are rock paintings that take your breath away: Stretched across almost 12 kilometers (8 miles) of cliff face, there are geometric shapes along with tens of thousands of images of animals and humans, including fish, turtles, lizards and birds, people dancing or holding hands, figures with masks, and lots of handprints. 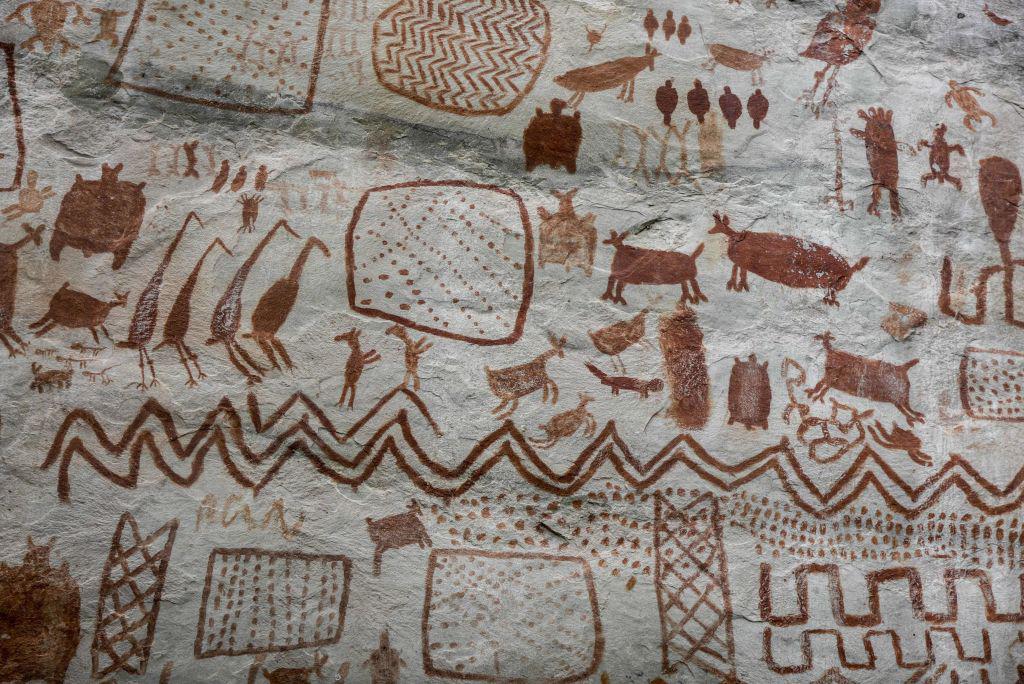 Animals that have long since become extinct, such as giant sloths, Ice Age horses, or the palaeolama, a type of ancient camel, are also depicted.

There is even a picture of a mastodon, a prehistoric relative of the elephant that has not inhabited South America for the last 12,000 years. These paintings would seem to make it clear that the rock art was created more than 12,500 years ago.

Archaeologists found pieces of ocher that were scraped off to make the images, which are painted in a reddish terra-cotta color.

Kept Secret for a Documentary

The fascinating rock paintings were discovered in 2017 by a British-Colombian team of researchers, but the sensational find was kept secret ahead of a British Channel 4 series being shown in December, Jungle Mystery: Lost Kingdoms of the Amazon.

It is not surprising that this Ice Age art has remained undiscovered for so long: The site is located in the Serrania de la Lindosa mountain range in the middle of the Colombian jungle, about 400 kilometers southeast of the capital, Bogota. On satellite images, the area around the Serrania de la Lindosa simply looks green; to the north, the Rio Guaviare meanders through the dense Amazon rainforest.

To compound the difficulty of getting to the site, the region was controlled by FARC rebels until not so long ago and was thus completely inaccessible to archaeologists. Not until very recently, after the FARC guerrillas and the Colombian government finally negotiated a ceasefire following 50 years of civil war, were archaeologists able to venture into the remote area.

The images are strongly reminiscent of the more than 20,000 rock paintings discovered years ago in neighboring Chiribiquete National Park.

These paintings prove that people lived in the area as far back as 19,000 years ago and decorated rock faces with scenes of hunting, dancing and eating.

In addition to depictions of humans, there are also images of deer and elk, porcupines, snakes, birds, monkeys and insects. However, most of the paintings of animals and humans in the Chiribiquete National Park, which is a World Heritage Site, are in small, difficult-to-access caves at high elevations.

Archaeologists hope the recent sensational find will give them new insights into the lives of people in the Amazon region during the Ice Age. The paintings will not only provide more information on the animals and plants that existed at that time, but also give clues about how people communicated with each other and what shamanic rituals they had. It is already clear that it will take decades for all the pictures to be documented and analyzed. 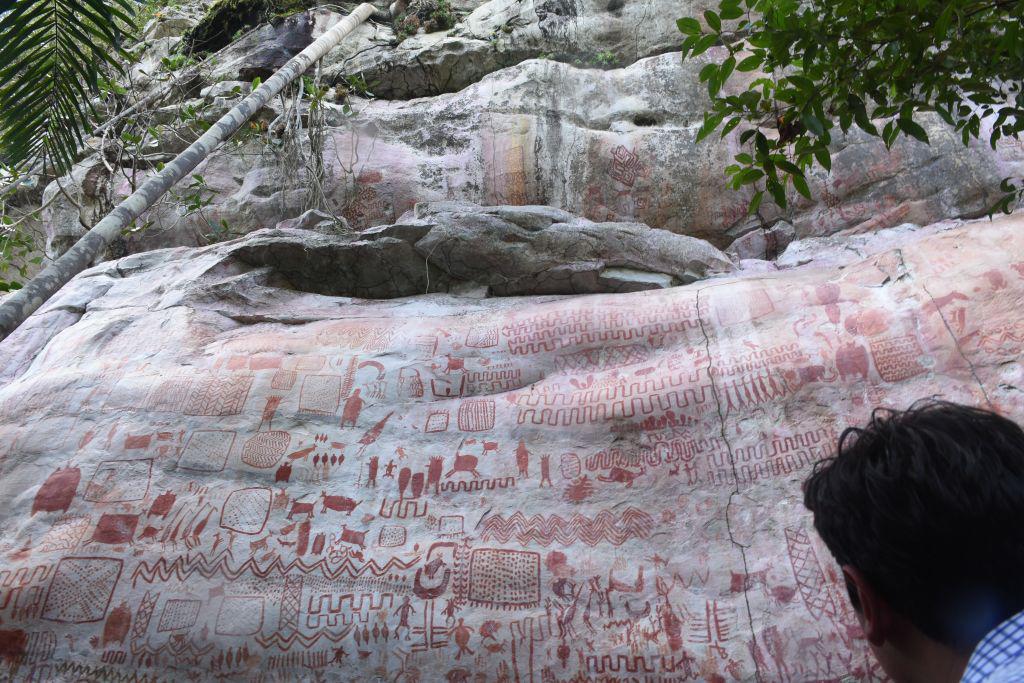