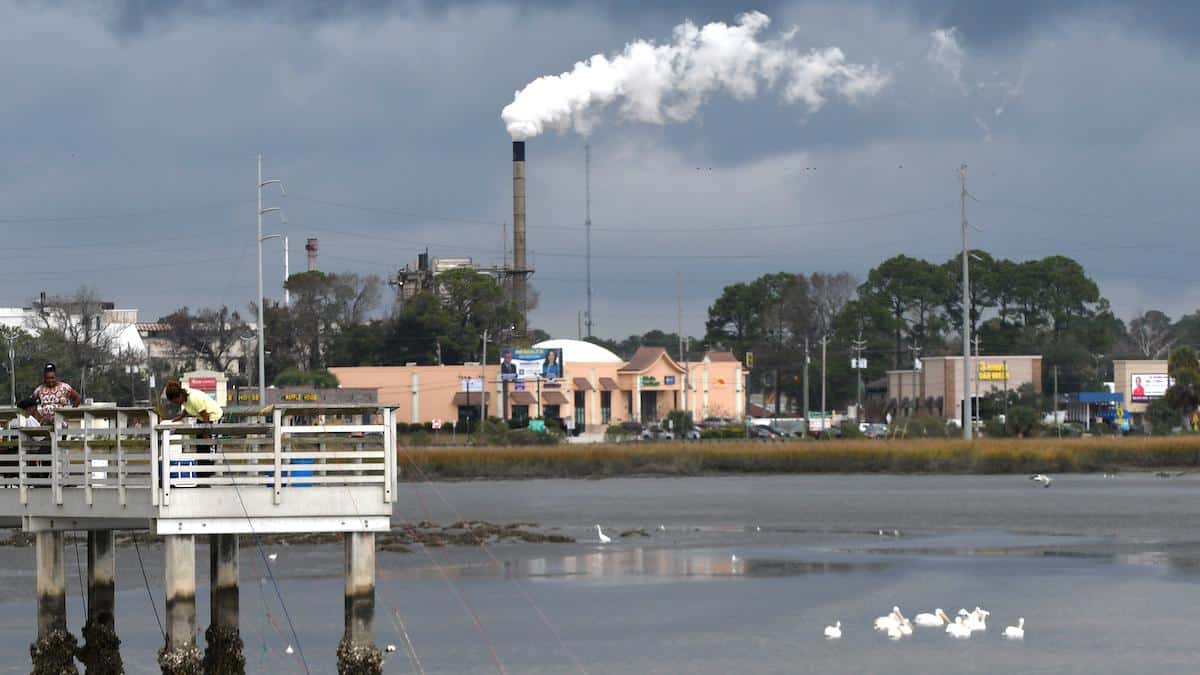 Plastic has infiltrated every aspect of our lives and planet, with microplastics in our tea bags and even plastic pollution found in some of the most remote parts of the world. It’s no secret that our reliance on these fossil fuel-based products and packages is damaging Earth, but a new report from Beyond Plastics shows just how detrimental plastic can be.

The report, The New Coal: Plastics and Climate Change, says that plastic is on its way to outpacing coal plants in terms of greenhouse gas emissions. In fact, plastic could have a larger carbon footprint than coal by the end of the decade.

“As of 2020, the U.S. plastics industry is responsible for at least 232 million tons of CO2e gas emissions per year,” the report highlighted. “This amount is equivalent to the average emissions from 116 average-sized (500-megawatt) coal-fired power plants.”

But the report, which measures 10 stages of plastics and their emissions, says this is a conservative estimate, and emissions are likely much higher than this. While Beyond Plastics estimates the emissions for hydrofracking, “chemical recycling,” and municipal waste incineration, it recognizes lack of data for some components, such as the emissions released by plastics in water.

“This report represents the floor, not the ceiling, of the U.S. plastics industry’s climate impact,” said Jim Vallette, president of Material Research and author of the report. “Federal agencies do not yet count many releases because current regulations do not require the industry to report them. For example, no agency tracks how much greenhouse gas is released when plastic trash is burned in cement kilns, nor when methane leaks from a gas processing plant, nor when fracked gas is exported from Texas to make single-use plastics in India.”

According to the study, if plastic were a country, it would produce the fifth-most greenhouse gases in the world, falling just behind China, the U.S., India and Russia. A 2019 study shows that plastics account for 3.8% of global emissions, nearly double the amount of greenhouse gases emitted by the aviation industry. Currently, coal is the largest contributor to human-caused climate change. Now, experts say plastic could surpass coal’s emissions by 2030.

We’re making progress toward cleaner energy, with 65% of U.S. coal plants now retired. But dependence on plastics could derail that progress. Since 2019, 42 more plastic plants are either open, under construction, or going through the permitting process. It’s an issue we can’t recycle our way out of either, with less than 9% of plastics being recycled.

“The fossil fuel industry is losing money from its traditional markets of power generation and transportation,” said Judith Enck, former EPA regional administrator and president of Beyond Plastics. “They are building new plastics facilities at a staggering clip so they can dump their petrochemicals into plastics. This petrochemical buildout is canceling out other global efforts to slow climate change.”

The report also notes that pollution from plastic facilities is occurring on a much wider scale for communities of color in the U.S., and these plants spew emissions, toxic chemicals, and particulate matter that are dangerous to human health.

“More than 90% of the climate pollution that the plastics industry reports to EPA occurs in 18 communities, mostly along the coastlines of Texas and Louisiana. People living within 3 miles of these petrochemical clusters earn 28% less than the average U.S. household and are 67% more likely to be people of color,” the report states.