‘Plastic Rain’ Is Pouring Down in National Parks 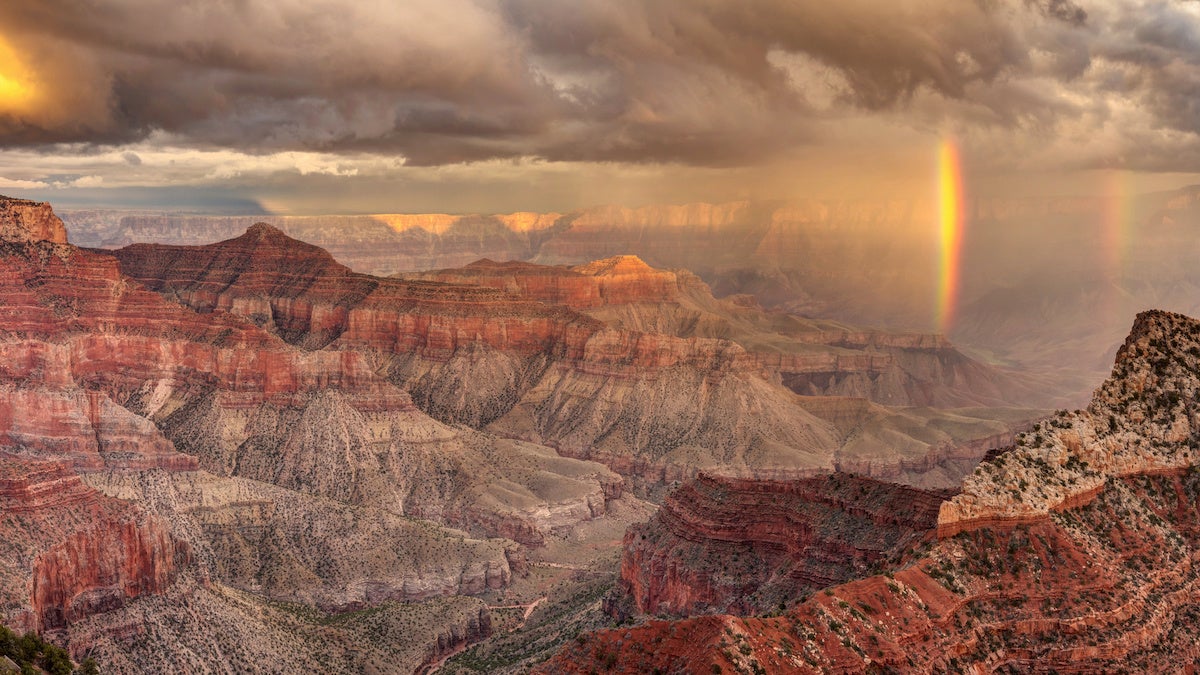 The plastic crisis has polluted the world’s oceans and created mountains in landfills. Microplastics have been identified wafting on the sea breeze and raining down on top of the Pyrenees. They travel on the winds and slowly drop down from the skies. Now, a new study has found that some of the most untouched areas of the U.S. are seeing 1,000 tons or more of microplastics rain down every year, according to The New York Times.

The study examined airborne microplastics in national parks in the American West. That means those hikes through the untouched land in Bryce Canyon, the Grand Canyon or Joshua Tree National Park are not providing the pristine, fresh air we thought they do.

The researchers found that nearly one-fourth come from nearby cities, while the rest drift through the air from far-flung locations. The findings, the first to discern the plastics’ geographic origins, add to mounting evidence that microplastic pollution is a worldwide scourge, as Science reported.

“We created something that won’t go away,” says Janice Brahney, a biogeochemist at Utah State University and lead author on the new paper, according to Science. “It’s now circulating around the globe.”

The new study was published on Thursday in Science magazine and titled “Plastic rain in protected areas of the United States.” The researchers noted that microplastics are found in “nearly every ecosystem on the planet.”

The 1,000 metric tons, or over 2.2 million pounds, that drops over 11 protected areas every year is equal to of over 120 million plastic water bottles, according to Wired.

“We just did that for the area of protected areas in the West, which is only 6 percent of the total US area,” said Brahney, as Wired reported. “The number was just so large, it’s shocking.”

The plastic is trapped in fundamental atmospheric processes and falling all over the world, making plastic rain the new acid rain, according to Wired.

Microplastics are tiny particles that measure less than 5 millimeters in length. Most microplastics are fragments from larger pieces of plastic. Since plastics aren’t biodegradable, when they end up in landfills or garbage heaps, they break down into microparticles and make their way through the earth’s atmosphere, soil and water systems, according to The Guardian.

Considering that they have such a long life after their usefulness has expired, many microplastics could be traveling through natural systems for a long time.

“Plastics could be deposited, readmitted to the atmosphere, transported for some time, deposited and maybe picked up again,” said Brahney, as The Guardian reported. “And who knows how many times and who knows how far they’ve travelled?”

Scientists have yet to conclude how all the plastic in the atmosphere affects animal and plant species, but the authors of this new study argue that the global community needs to work together to find a solution.

“The consequences to ecosystems are not yet well understood but are inescapable in the immediate future,” the researchers wrote in their study, as CNN reported. “If the potential dangers posed by environmental microplastics are to be mitigated, both the scale of the solution and the level of cooperation that will be required call on the engagement of the global community.”