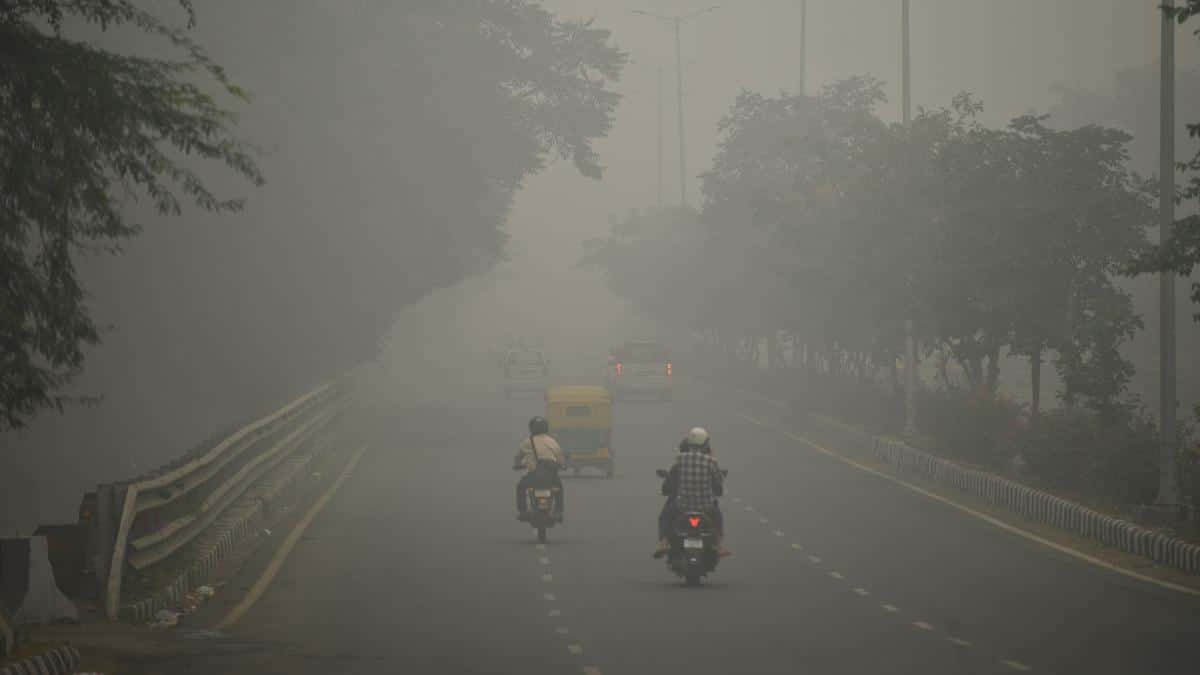 India‘s New Delhi has been called the “world air pollution capital” for its high concentrations of particulate matter that make it harder for its residents to breathe and see. But one thing has puzzled scientists, according to The Guardian. Why does New Delhi see more blinding smogs than other polluted Asian cities, such as Beijing?

To answer this question, scientists looked at the chemical composition of the region’s smog and found that its density is likely linked to the burning of plastics. The specific chemicals released by this burning and other industrial processes are responsible for around 50 percent of the low visibility, the study authors wrote.

How did they reach this conclusion? The study, published in Nature Geoscience in late January, measured the chemical composition of the particulate matter in the cities of Delhi and Chennai. These are both cities in the Indo Gangetic Plain, a region blanketed in dense smog, particularly in December and January, a PTI story published by The Indian Express explained.

The researchers found that the smog in both cities, though particularly in Chennai, had high amounts of chloride. The researchers then looked at which chemicals also spiked along with the chloride, and found it matched what would be released by the burning of plastic, The Guardian explained.

“We realised that despite absolute PM2.5 mass burden over Delhi being much less than other polluted megacities around the world, including Beijing, the pollution and atmospheric chemistry of Delhi is much more complex to understand,” lead author and IIT Madras Department of Civil Engineering associate professor Sachin S Gunthe told PTI. “This work put forward importance of measurements and modelling approaches to scientifically conclude that half of the water uptake and visibility reduction by aerosol particles around Delhi is caused by the hydrochloric acid (HCl) emissions, which is locally emitted in Delhi potentially due to plastic contained waste burning and other industrial processes.”

The low visibility is a deadly and costly problem for New Delhi, the study authors wrote. It increases car accidents and flight delays. Particulate matter in general caused 12,000 excess deaths in New Delhi in 2017, according to one estimate. But the burning of plastics poses other, unique risks, The Guardian explained. It can release highly toxic dioxins that contaminate the food chain and react with smog to increase levels of ground-level ozone, which have been linked to crop yield reductions of 20 to 30 percent.

However, the study’s findings have one bright side.

“Given that we find plastic burning as a potential cause of the reduced visibility, we hope these findings will help policy makers to efficiently enforce and implement policies that are already in place towards regulating open burning of plastic contained-waste and other potential chlorine sources,” Gunthe told PTI.

Still, the problem of plastic waste is larger than two cities in India. Around 90 percent of waste in low income countries is either left in dumps or burned outdoors, according to The Guardian. The emissions from the burning of plastics can also contribute to the climate crisis. This means the ultimate solution needs to be a global one.

“Better waste management needs to be a priority but eliminating plastic pollution also requires a rethink of global plastic production and use,” Gary Fuller concluded for The Guardian.