7 Hospitalized After Pipeline Explosions in Texas 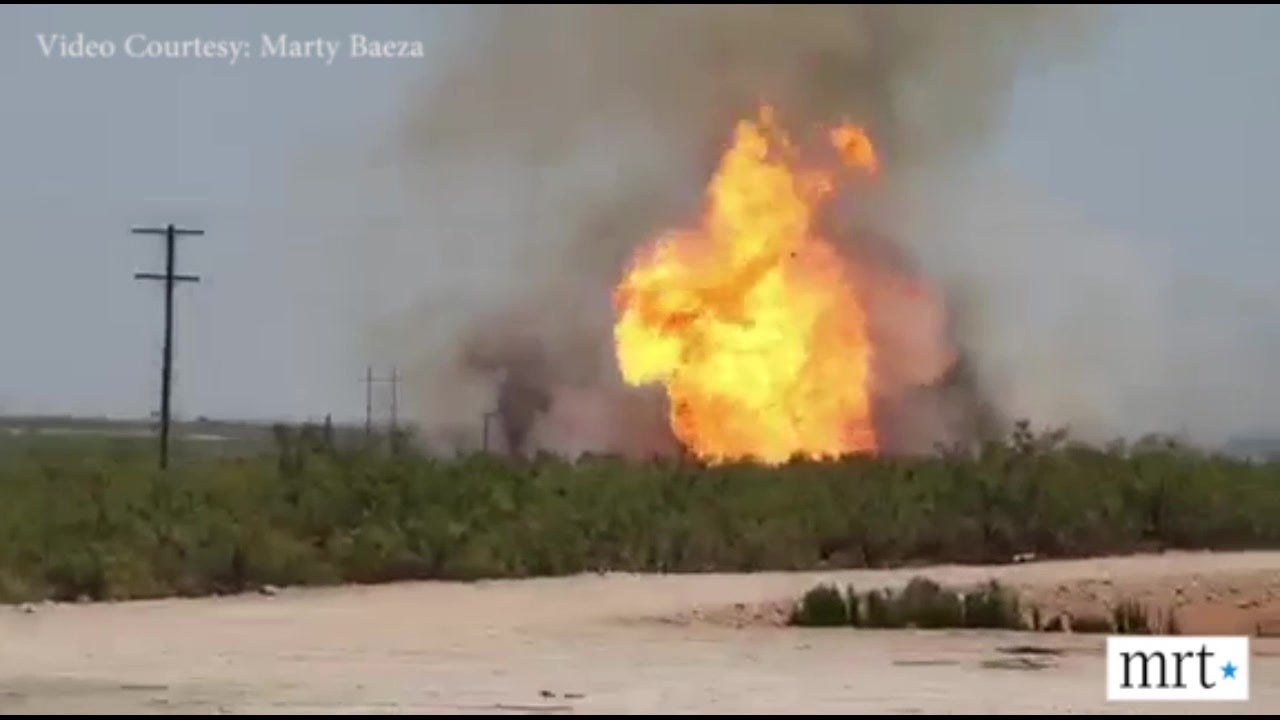 Seven people were injured and hospitalized after a series of natural gas
pipeline explosions in Midland County, Texas on Wednesday, according to local media.

All pipelines in the region have been shut in. Midland sits in the booming oil- and shale-rich
Permian Basin, which has multiple pipelines serving the field.

The operator of the pipeline in question is unknown at this time, Midland public information officer Elana Ladd said to the
Midland Reporter-Telegram. She added that fire department personnel are allowing the remaining gas to burn off.

The incident occurred on a rural road, FM 1379.
KWES reported that three total explosions occurred—the first at 11:30 a.m. After that fire was suppressed, a second and third explosion followed at 12:30 p.m. The cause is not yet known.

“They had a leak on the pipeline. Fire department responded to it. Midland Fire Department and Greenwood Fire Department. And while they were down there, they were fighting some grass fires along with it. Apparently something happened to the pipeline. We don’t know what it is yet, because we can’t get in there to look at it. But they had a failure within the pipeline itself and the first one exploded. Then they had two other small explosions, one medium and one small,” Midland Fire Marshall Dale Little told
CBS 7.

The Midland Reporter-Telegram posted an eye-witness’ video footage of the fire that broke out.

The explosions from a pipeline southeast of Midland injured five people, including four who were sent to Lubbock to be treated for burns, according to Midland police. One of the injured is a firefighter with the Greenwood Fire Department. FULL… https://t.co/Zz7FR9axei

Kinder Morgan told Reuters it isolated a portion of its El Paso Natural Gas Pipeline after being alerted of the fire near the line. One of its employees was injured and hospitalized, spokeswoman Sara Hughes said.

“There was a third-party pipeline involved that also experienced a failure, and preliminary indications are that the third-party line failure occurred before the EPNG line failure,” Hughes told Reuters in an email.

She said the company is investigating the incident and evaluating any damages, adding that regulatory agencies and customers have been notified.

As EcoWatch wrote
previously, production in the Permian shale field in western Texas has been booming. According IEA’s Oil 2018 forecast, global oil production capacity is expected to grow by 6.4 million barrels a day (mb/d) to reach 107 mb/d by 2023. Much of that growth is led by the U.S. due to oil produced from fracking the Permian, where output is expected to double by 2023.

However, there is currently not enough pipeline capacity to retrieve Permian fuels, and that bottleneck has opened up opportunities for more pipeline development in the region. In June, Kinder Morgan’s Texas subsidiary announced a $2 billion Permian pipeline to transport natural gas. Earlier that month, ExxonMobil and Plains All American Pipeline announced a joint pursuit to construct a multi-billion dollar pipeline that will transport more than 1 million barrels of crude oil and condensate per day from the basin to the Texas Gulf Coast.

Motley Fool also reported that Epic Midstream has proposed a 440,000 barrel-per-day (bpd) crude oil pipeline in the region, and so has Magellan Midstream Partners, which has proposed a 600,000 bpd pipeline.