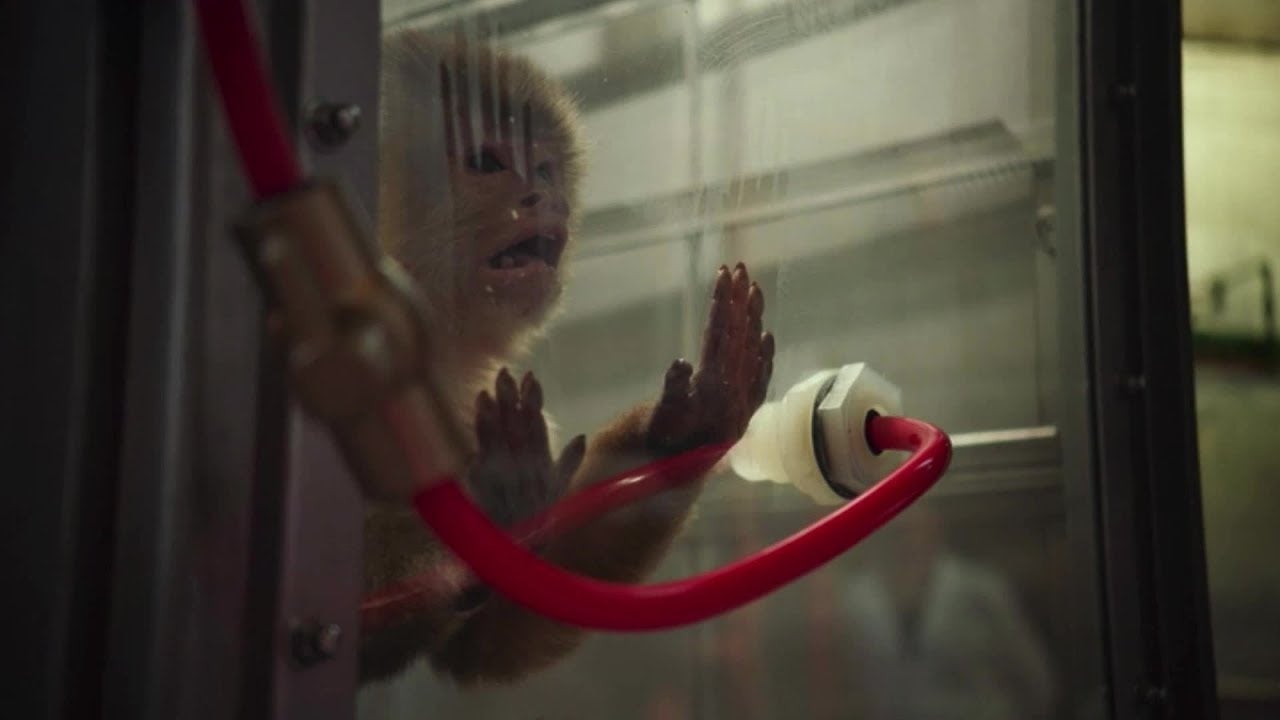 German carmaker
Volkswagen said it will stop animal testing after coming under intense public condemnation for financing experiments on the effects of diesel exhaust on monkeys.

Volkswagen CEO Herbert Diess made the vow in a letter sent to the German branch of People for the Ethical Treatment of Animals (PETA).

PETA publicized the
announcement on Monday. The animal rights group said Volkswagen will “never again use animals in testing unless required to do so by law” and will include the new ban in company’s code of conduct that will be updated later this year.

The New York Times reported in January that the automaker funded a study in which macaque monkeys sat for hours in airtight chambers watching cartoons while inhaling diesel emissions from a Volkswagen Beetle and an old pickup truck. Diesel emissions experiments on monkeys were also documented in the new Netflix investigative series Dirty Money.

The macaque tests were carried out by the Lovelace Respiratory Research Institute, a contracted laboratory based in Albuquerque, New Mexico. The vehicle happened to be rigged with the Volkswagen’s
emissions-cheating software, which led to its notorious 2015 “dieselgate” scandal.

BREAKING: After thousands of you spoke out against @Volkswagen for using monkeys in cruel inhalation tests, the company's CEO just confirmed that it will never test on animals again! https://t.co/Kc2EXnLt6P pic.twitter.com/bwaQbVL17Y

“Research projects and studies must always be balanced with consideration of ethical and moral questions,” Diess wrote in the letter to PETA, as quoted by
The New York Times. “Volkswagen explicitly distances itself from all forms of animal abuse. In the future, we will rule out all testing on animals, as long as there are no pressing—such as legal—reasons that would make this necessary.”

Diess also said in the letter that the studies did not violate local laws.

PETA, which vigorously protested the experiments, celebrated the news.

“Volkswagen did the right thing in pledging not to conduct tests on animals, which are irrelevant to human health and not required by law,” said PETA senior vice president Kathy Guillermo in a statement. “PETA is calling on other carmakers that still test on animals to follow suit and embrace modern and humane animal-free research methods instead.”

Volkswagen is still climbing out of its emissions scam, in which the company installed a “defeat mechanism” in up to 11 million cars to ensure that the engine did not pollute during government tests. Affected cars emitted up to 40 times the legal amount of nitrogen oxide when driven outside the laboratory. VW has paid out $31 billion due to the scandal.