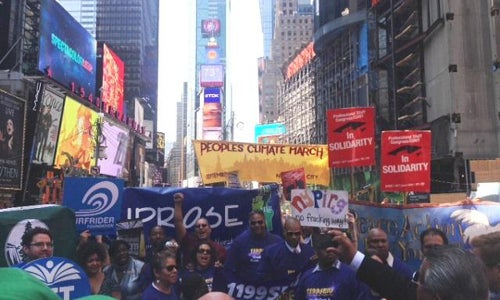 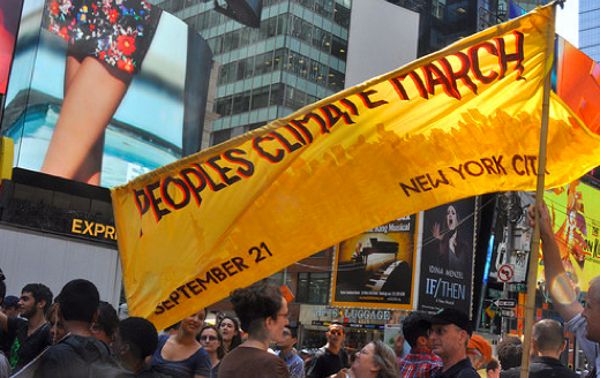 “The voice of youth is crucial in the People’s Climate March.” Photo credit: greenelent

Scheduled for Sept. 21 in New York City, the People’s Climate March will coincide with September’s UN Climate Summit, where world leaders including President Barack Obama and Chinese President Xi Jinping will be in attendance in answer to UN Secretary-General Ban Ki-moon summons to consult on climate change.

Key organizations, representing hundreds of thousands of New Yorkers and millions nationwide, hosted the press conference today to explain the goals of the mobilization and to share expectations for the UN summit. Representatives from New York City Environmental Justice Alliance, Sierra Club, 350.org, UPROSE and a number of local unions were there, as well as faith leaders, speakers from superstorm Sandy-impacted communities and millennials.

“The voice of youth is crucial in the People’s Climate March,” said Elizabeth Yeampierre, executive director of UPROSE. “They are the first and last generation that can make a difference in this global crisis. We have to work inter-generationally to build momentum for frontline communities and provide our people with the resources to address this complex issue.” 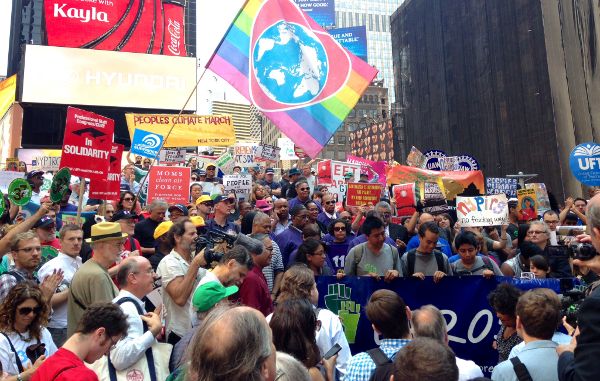 “With our future on the line and the whole world watching, we’ll take a stand to bend the course of history.” Photo credit: Clara Vondrich

The People’s Climate March will highlight the climate crisis and the need to act now with bold solutions. More than 500 organizations—from community and labor groups to international NGOs and faith organizations—around the world have joined to organize or endorse the event. They describe the motivation for the march as follows:

With our future on the line and the whole world watching, we’ll take a stand to bend the course of history. We’ll take to the streets to demand the world we know is within our reach: a world with an economy that works for people and the planet; a world safe from the ravages of climate change; a world with good jobs, clean air and water, and healthy communities.

“To the untrained eye, this looks like an alliance of unusual bedfellows—labor joining hands with faith joining hands with national environmental groups,” said Eddie Bautista, executive director of New York City Environmental Justice Alliance. “But the idea that there is choice between environment and economy is a dated paradigm. The climate change march is not about slicing and dicing a political agenda—it’s a big tent. We invite all with an interest in the future.” 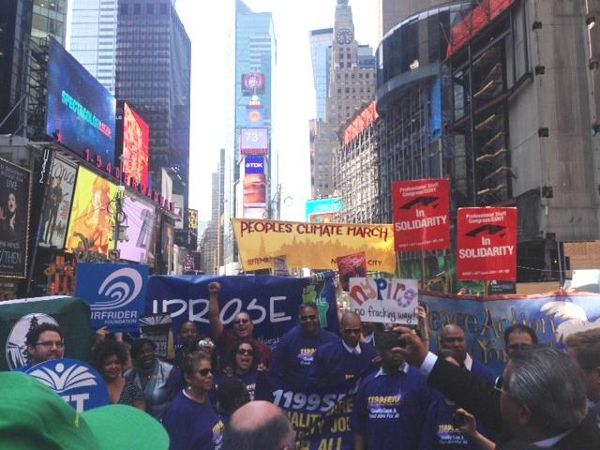 Bill McKibben, 350.org founder, hopes you’ll be there. In an EcoWatch blogpost he said, “We need to show just how big and unified our movement has grown, from the environmental justice advocates fighting fossil fuel pollution in our communities to the students demanding divestment on our campuses, from the scientists who have seen their warnings so far ignored to the clergy now showing real moral leadership.

If you’re wondering how to react to the devastating news that the Antarctic is melting out of control: New York. If you’re scared like I am by the pictures of the fire and drought across the West: New York. If you’re feeling like it’s time to change the trajectory of this planet: we’ll see you in New York.”