Paul Watson: Join World Love for Dolphins Day to Put an End to the Slaughter 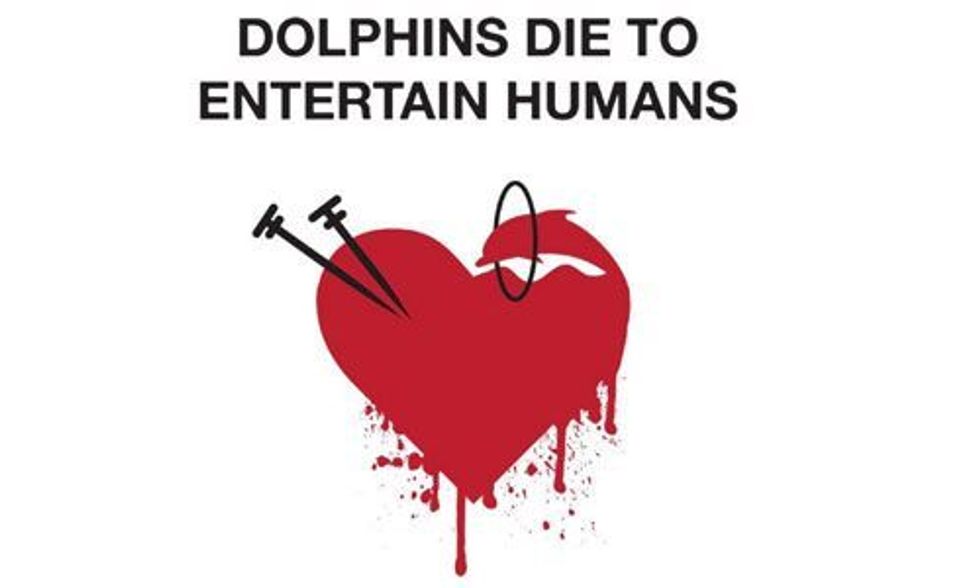 Most people throughout the world love and respect dolphins. There are only a few places in the world where these beloved creatures are captured and slaughtered, places like Japan, the Danish Faroe Island, Greenland, the Solomon Islands and a few islands in the Caribbean like St. Lucia and St. Vincent and the Grenadines.

Only in Taiji, Japan however is the slaughter of dolphins linked directly to the worldwide marine aquarium industry.

In 2003, Sea Shepherd exposed the horrific slaughter in Taiji to the world and ever since there has been a raging controversy over the Taiji dolphin drive.

In 2009, The Cove, a film about the dolphin slaughter received the Academy Award for best documentary. Despite this, the massacre of these beautiful, intelligent, socially complex cetaceans has continued.

The Japanese government has taken a hard stand in defense of the thirty or so fishermen who capture and kill these dolphins. Foreigners who go to Taiji to oppose the drive are being denied entry into Japan and others are harassed by police. Japanese nationals who dare to oppose the killing are treated very harshly with threats and intimidation.

Sea Shepherd has had volunteer Cove Guardians in Taiji every day from September 1st until the end of February to make sure that the killing is never out of sight and out of mind. It is a frustrating and depressing experience for people to participate as Cove Guardians, to witness the brutality and the murder of dolphins and unable to lift a finger to stop it due to a strong policing policy that watches the movements of every person who arrives to defend the dolphins with a camera.

Now, yet another killing season is coming to an end and Sea Shepherd is calling for volunteers, supporters and dolphin lovers around the world to join us on Saturday, Feb. 13 for a the World Love for Dolphins Day.

The message that we must deliver is that to end the killing and the capture of dolphins in Taiji we need stop supporting the facilities that profit from the capture and killing.

Without the sale of captive dolphins the hunters would not be able to afford to continue this barbaric mass murder. The demand for the meat has declined dramatically because of the revelation of just how toxic dolphin meat really is. Because of this, without the captivity industry the killing will not be an affordable industry. Captivity subsidizes slaughter.

And what this means is that every man, woman and child that purchases a ticket to see dolphins perform tricks in a marine aquarium are complicit in the capture, the cruelty and the killing.

Ironically people who attend dolphin shows say they love dolphins. They love to see them in the pools and doing tricks. However they do not know or choose to deliberately not know that for every dolphin they see in the pool, hundreds of dolphins have been viciously slaughtered.

What they see in the pools are the orphans and survivors from pods where all their friends and family have been massacred for the sole purpose of enslaving them for the amusement of people.

Hundreds of dolphins are enslaved every year, their live expectancy lowered to just a few short years in captivity making money for the owners of the amusement parks pretending to be educational programs, When they die, the Taiji fishermen are only too ready to capture and kill more to satisfy the demand.

Perhaps we cannot change the entrenched position of the Japanese government, perhaps we may never touch the hearts of the Japanese dolphin killers, but we may have a chance to reach the people responsible for this tragedy—the people around the world who purchase tickets to these cruel and lethal places.

The killing of the dolphins continues because of SeaWorld, Marineland and hundreds of other dolphinariums and swim with dolphin hotel programs around the world.

We must send a message that if you purchase a ticket to watch dolphins perform or to swim with dolphins than you are the reason for the massacre of dolphins and that if people wish to end this bloody and perverse massacre they must not patronize the slave owning establishments that are selling amusement as a mask for misery, cruelty and death.