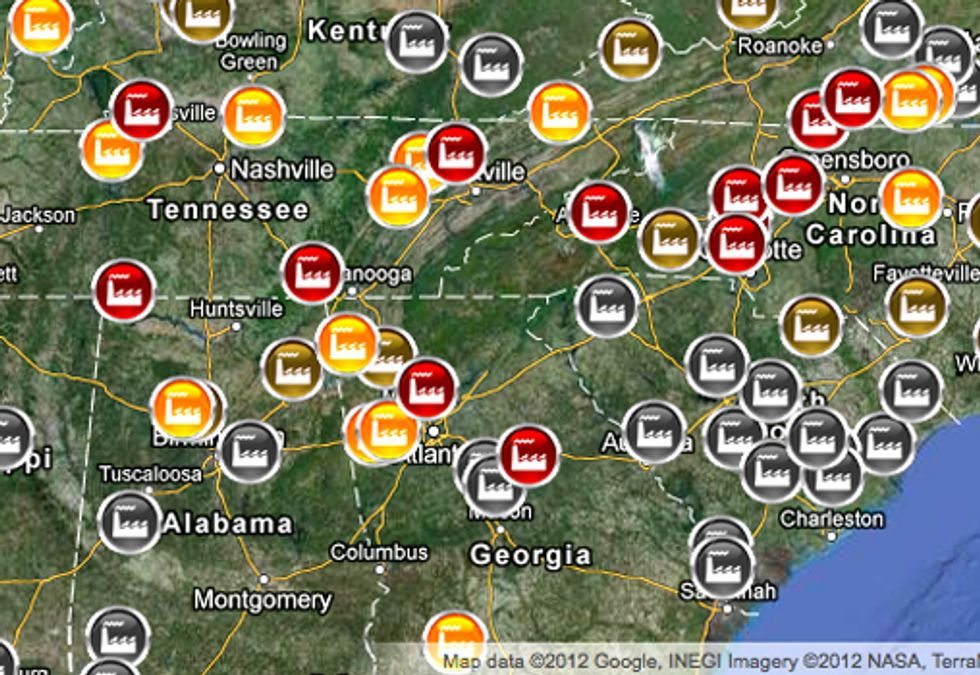 Alabama, Florida, Georgia, Kentucky, Mississippi, North Carolina, South Carolina, Tennessee and Virginia are the nine states covered by the site, which is being launched almost four years to the week after a massive coal ash dam in Kingston, Tenn. catastrophically failed, releasing a billion-gallon flood of coal ash that poisoned some 300 acres, destroyed two dozen homes and filled the Emory River with toxic sludge. The coalition developed the website to call greater attention to the lurking dangers of coal ash in the South.

The Southeast is home to nearly 450 impoundments that hold 118 billion gallons of coal ash: enough to cover 300,000 football fields in 1 foot of toxic coal ash waste. These impoundments are veritable man-made lakes full of toxic compounds that threaten the waterways of the Southeast and the public with potential dam failures.

SoutheastCoalAsh.org offers concerned citizens throughout the region a new and easy way to learn if their community or drinking water source is in danger from these largely unregulated coal ash impoundments.

The website features an interactive map and database of 100 coal-fired power plants in the Southeast, color-coded by the amount of damage each would inflict if the coal ash dams were to break, according to the U.S. Environmental Protection Agency (EPA). Of the Southeast plants with dams rated by the EPA, nearly one-third are “high hazard,” meaning that a dam failure like Kingston would likely cause fatalities. A brief glance at the map shows just how much more work needs to be done to assess these dangers—almost half of the plants in the Southeast have inadequate data for the EPA to properly assess the coal ash dams on site. Moreover, many of the plants lack adequate water monitoring data to show whether or not there are contamination problems at these sites. The web tool puts a spotlight on the hidden dangers of numerous impoundments storing coal ash waste in the Southeast and helps people understand how pollution from this waste poisons the water they use for drinking, swimming, fishing and recreation.

The new website features more than a dozen informational pages detailing the health and environmental hazards of coal ash as well as the current legislative and regulatory environment, active legal battles, links to additional articles, news and more. Every coal-fired power plant in the Southeast has a site-specific page, accessible from the interactive map. One click takes you deeper into the data about each plant to find out if there are any known contamination problems at the coal ash impoundment(s) on site, local action groups you can contact about that plant, as well as other local, state and regional/federal actions citizens can take.