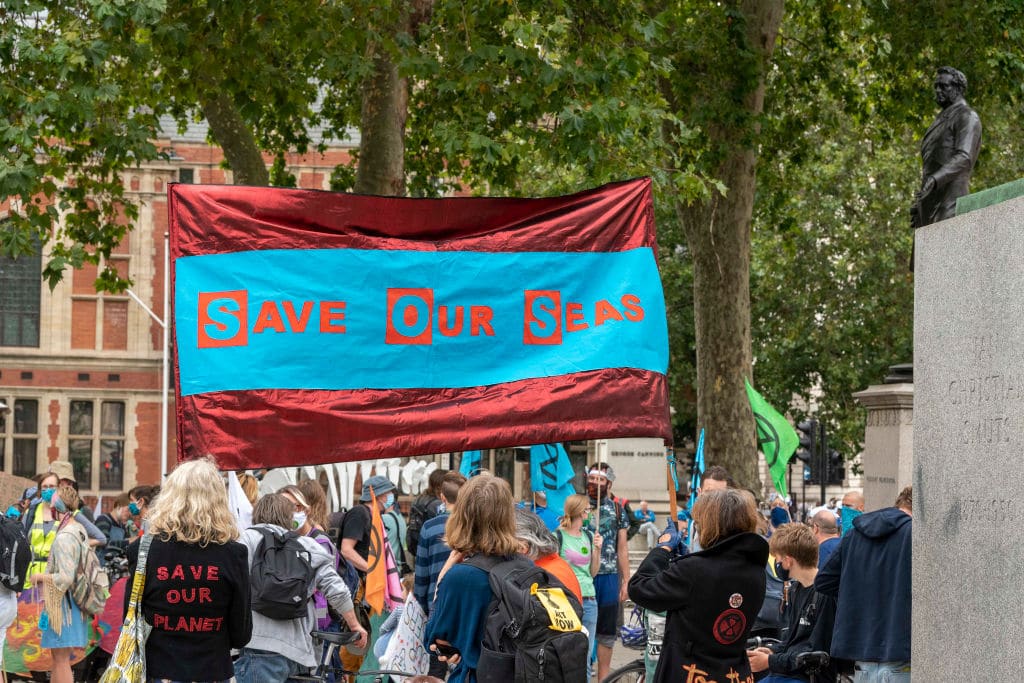 From February 9 to 11, scientists, world leaders and international companies will meet in the port city of Brest in Brittany, France, for the One Ocean Summit. The meeting will focus on inspiring the international community to heighten their objectives concerning the protection of marine life, tackling plastics pollution and addressing the impacts of the climate crisis.

The world’s five oceans cover 70 percent of our planet and are home to millions of marine species. They are important climate regulators, provide much of the world’s food and are the waterways of trade, but don’t get nearly as much attention as land ecosystems, according to Phys.org.

“The climate has its Cop process but there is no equivalent for the ocean, at a time when man’s relationship with the marine world has become more and more toxic, and global heating is causing extreme change,” said One Ocean Summit chief organizer Olivier Poivre d’Arvor, as reported by The Guardian.

President Emmanuel Macron of France — whose country is currently acting in its six-month capacity as president of the EU — convened the ocean summit, which will address efforts at improving high seas governance and coordinating international scientific study.

Macron said he hopes to get “ambitious commitments” from “a small but determined” group attending the summit, reported Phys.org.

According to the One Ocean Summit website, there will be more than 30 workshops, roundtable discussions and forums on February 9 and 10.

The summit will host representatives from more than 55 countries, Poivre d’Arvor said, as The Guardian reported. There will be meetings addressing sustainable shipping, rising sea levels putting cities at risk, marine science and other topics, bringing together about 300 entrepreneurs, researchers and international organizations.

Ocean advocates at the summit are calling for an end to France’s exploration of the ocean’s deepest trenches, as well as petitioning to protect dolphins from being killed accidentally by fishing boats off France’s coast, Phys.org reported.

Campaigners are also hoping to address the politically fraught issue of overfishing, which some fear heads of state will not even address, reported The Guardian. Campaigners are also seeking credible commitments to make 30 percent of the marine habitats on Earth protected by 2030, as opposed to the 7.7 percent of areas that are protected currently.

Environmental organizations are hoping that the ocean summit will be a catalyst for finalizing a UN treaty that would provide protection for marine life in international waters, as well as add 386,102 square miles to the Antarctic and South Pacific marine reserve, Phys.org reported. Nearly half of the Earth’s surface is covered by international waters.

Poivre d’Arvor said the ocean is “routinely left aside in major summits, and is now under serious threat from a whole range of different pressures. So this initiative is about raising international ambition and getting concrete, measurable commitments to tangible action,” as The Guardian reported.

Greenpeace, the Antarctic and Southern Ocean Coalition, Sea Shepherd, the High Seas Alliance Environmental Justice Foundation and several other NGOs demanded “major political announcements that will allow significant progress for the health of the global ocean” in a statement to French newspaper Le Monde, reported The Guardian.

“Decision-makers at the summit have a real political opportunity to raise the importance of the ocean’s health in international policymaking,” they wrote in their statement. “The time is no longer for words and observations; the solutions exist, and all that is missing is the political will to put them in place.”