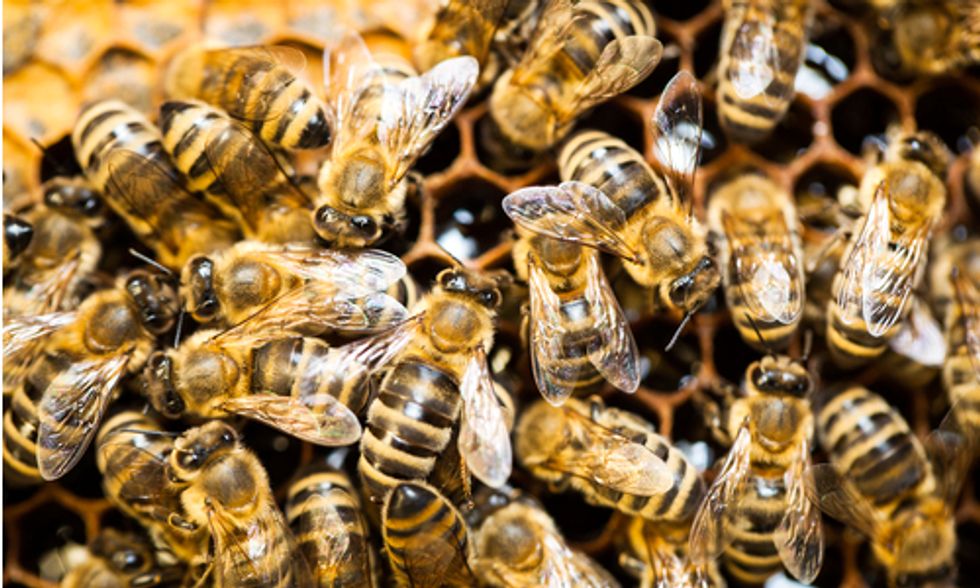 The federal strategy will include a pollinator research action plan, a public education initiative and the implementation of public-private partnerships.
Photo courtesy of Shutterstock

Friday, June 20, President Barack Obama signed a Presidential Memorandum that recognizes the severe losses in the populations of the nation’s pollinators, including honey bees, wild bees, monarch butterflies and others. In accordance with these losses and acknowledging the importance pollinators have to the agricultural economy, the memorandum directs federal agencies to establish a Pollinator Health Task Force, to be chaired by U.S. Department of Agriculture (USDA), develop a pollinator health strategy within 180 days, and support and create pollinator habitat. This federal strategy will include a pollinator research action plan, with a focus on preventing and recovering from pollinator losses, including studying how various stressors, like pesticides, pathogens and management practices contribute to pollinator losses. The task force will also engage in a public education initiative and develop public-private partnerships with various stakeholders.

“Today, President Obama set a precedent, elevating the plight of our nation’s pollinators by acknowledging not only their importance to our economy, but directing federal agencies to be leaders in finding meaningful solutions to our current pollinator crisis,” said Jay Feldman, executive director of Beyond Pesticides.

Federal agencies like the U.S. Environmental Protection Agency (EPA) and USDA have been slow to respond to pollinator losses and must take immediate action, especially on pesticides known to be toxic to bees and other pollinators.

The President highlights many factors that contribute to pollinator decline; however it is the neonicotinoid class of pesticides that have been receiving the most scrutiny from beekeepers and scientists. These pesticides are not only highly toxic to bees, but studies find that even at low levels neonicotinoids impair foraging ability, navigation, learning behavior and suppress the immune system, making bees more susceptible to pathogens and disease. While EPA announced Friday that it has released two tools in an effort to protect pollinators, the availability of its new Pollinator Risk Assessment Guidance, and new Residual Time to 25 Precent Bee Mortality (RT25 Data), the agency still falls short of restricting the harmful systemic pesticides that are linked to bee decline.

The guidance will purportedly allow the agency to assess effects from systemic pesticides quantitatively on individual bees as well as on bee colonies. The agency is implementing elements of the guidance in its ongoing registration review of neonicotinoid pesticides as well as other pesticide regulatory work. The ongoing review includes new required of the registrants, including refined semi-field studies under more real-world application conditions, however the agency admits that other data from ongoing full-field studies will take up to several years to complete. Additionally, at the request of beekeepers and growers, the agency has also posted RT25 Data online, which gauges the amount of time after application that a particular pesticide product remains toxic enough under real-world conditions to kill 25 percent of bees that are exposed to residues on treated plant surfaces.

Though the science very clearly points to neonicotinoids as a main culprit behind bee-deaths, and while successful organically managed systems prove that these pesticides are not necessary, the EPA has yet to take meaningful action to reduce exposure to these harmful chemicals. According to advocates, bee deaths in Oregon last week from the use of a neonicotinoid and mounting scientific evidence require an urgent response that necessitates removing these chemicals from the market. With continued incidents like these, beekeepers and many other concerned groups and citizens continue to urge the EPA to suspend the use of neonicotinoids.

As the EPA continues to stall, Beyond Pesticides, along with other groups are working to BEE Protective. Last year, Beyond Pesticides, Center for Food Safety, and others filed a lawsuit against the EPA on its continued registration of these chemicals. The groups are also working to pressure on lawmakers in Congress to take action to protect pollinators. H.R. 2692, the Saving America’s Pollinators Act (SAPA), introduced last year by Rep. John Conyers (D-MI) and Rep. Earl Blumenauer (D- OR) would suspend the use of neonicotinoid pesticides until a full review of scientific evidence and a field study demonstrates no harmful impacts to pollinators. Three new co-sponsors signed on Friday, including Rep. Anna G. Eshoo (D-CA), Rep. Sam Farr (D-CA) and Rep. Adam B. Schiff (D-CA), bringing the total number of cosponsors to 68. With one in three bites of food reliant on pollinators, it is imperative that solutions be found quickly to protect bees and other pollinators. Tell your member of Congress to support SAPA!