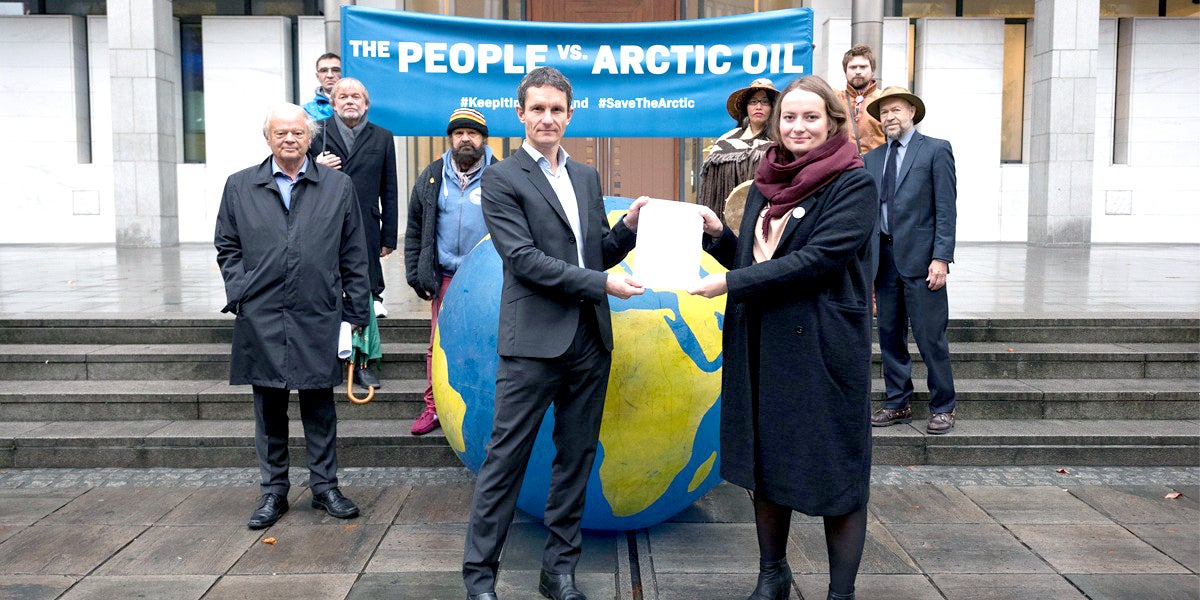 An unprecedented legal case was filed today against the Norwegian government for allowing oil companies to drill for new oil in the Arctic Barents Sea. The plaintiffs, Nature and Youth and Greenpeace Nordic, argue that Norway thereby violates the Paris agreement and the people’s constitutional right to a healthy and safe environment for future generations.

“We will argue in court that the Norwegian government has an obligation to keep its climate promises and will invoke the people’s right to a healthy environment for ours and future generations. This is the People vs. Arctic oil,” Ingrid Skjoldvær of Nature and Youth said. 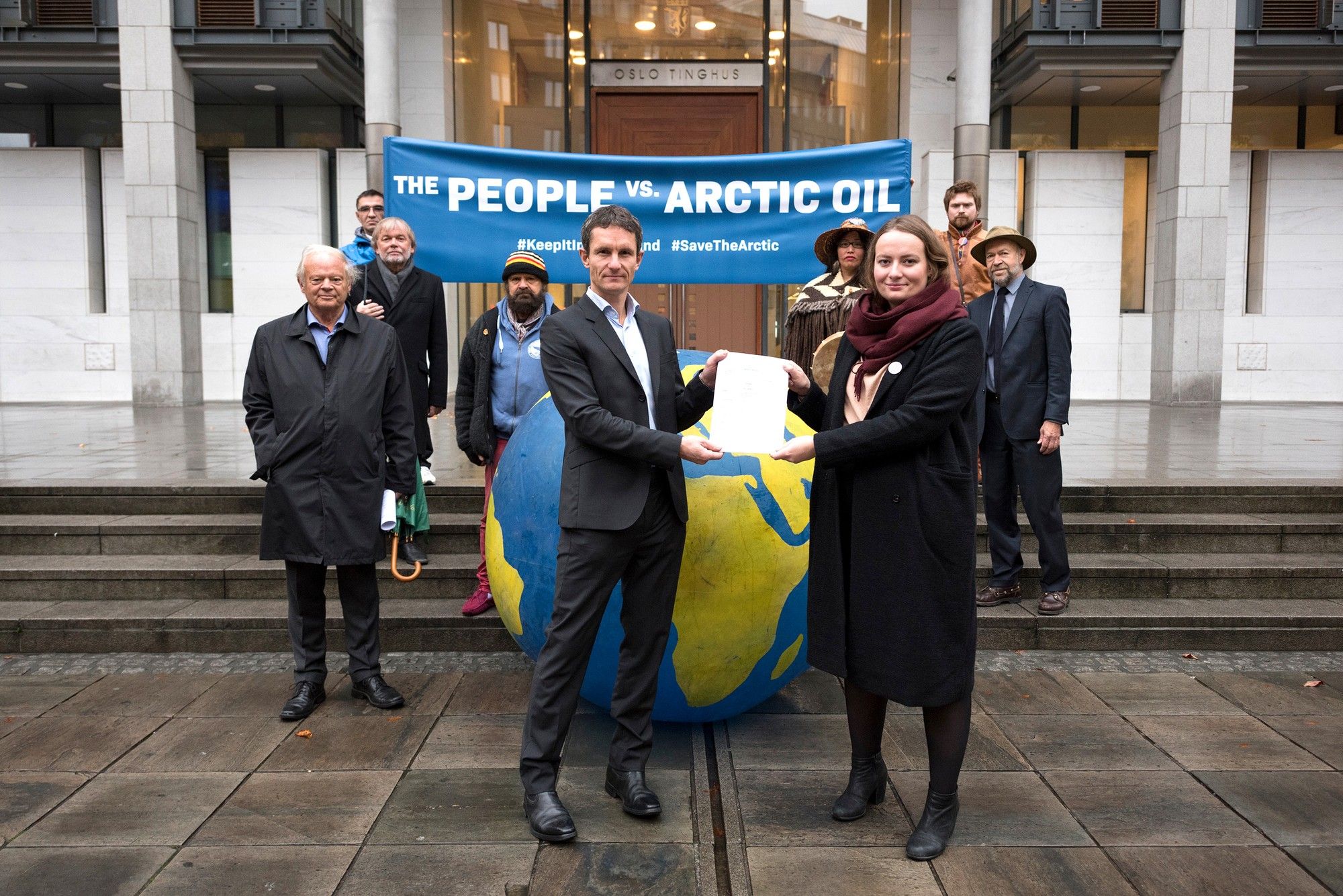 An unprecedented legal case is filed against the Norwegian government for allowing oil companies to drill for new oil in the Arctic Barents Sea. Christian Åslund / Greenpeace

The lawsuit demands that Norway uphold its constitutional guarantee for future generations as it is written in article 112 of Norway´s Constitution:

“Every person has the right to an environment that is conducive to health and to a natural environment whose productivity and diversity are maintained. Natural resources shall be managed on the basis of comprehensive long-term considerations which will safeguard this right for future generations as well. The authorities of the state shall take measures for the implementation of these principles.”

Norway was among the first countries in the world to ratify the Paris agreement which is about to enter into force. By ratifying, Norway has promised to ambitiously reduce its emissions and help limiting the temperature increase to 1.5 C. At the same time Norway has opened up new oil license rounds, allowing the state-owned Statoil and other oil companies to start a major new exploration campaign in the Barents Sea, where they want to drill up to 7 new exploratory wells in 2017. 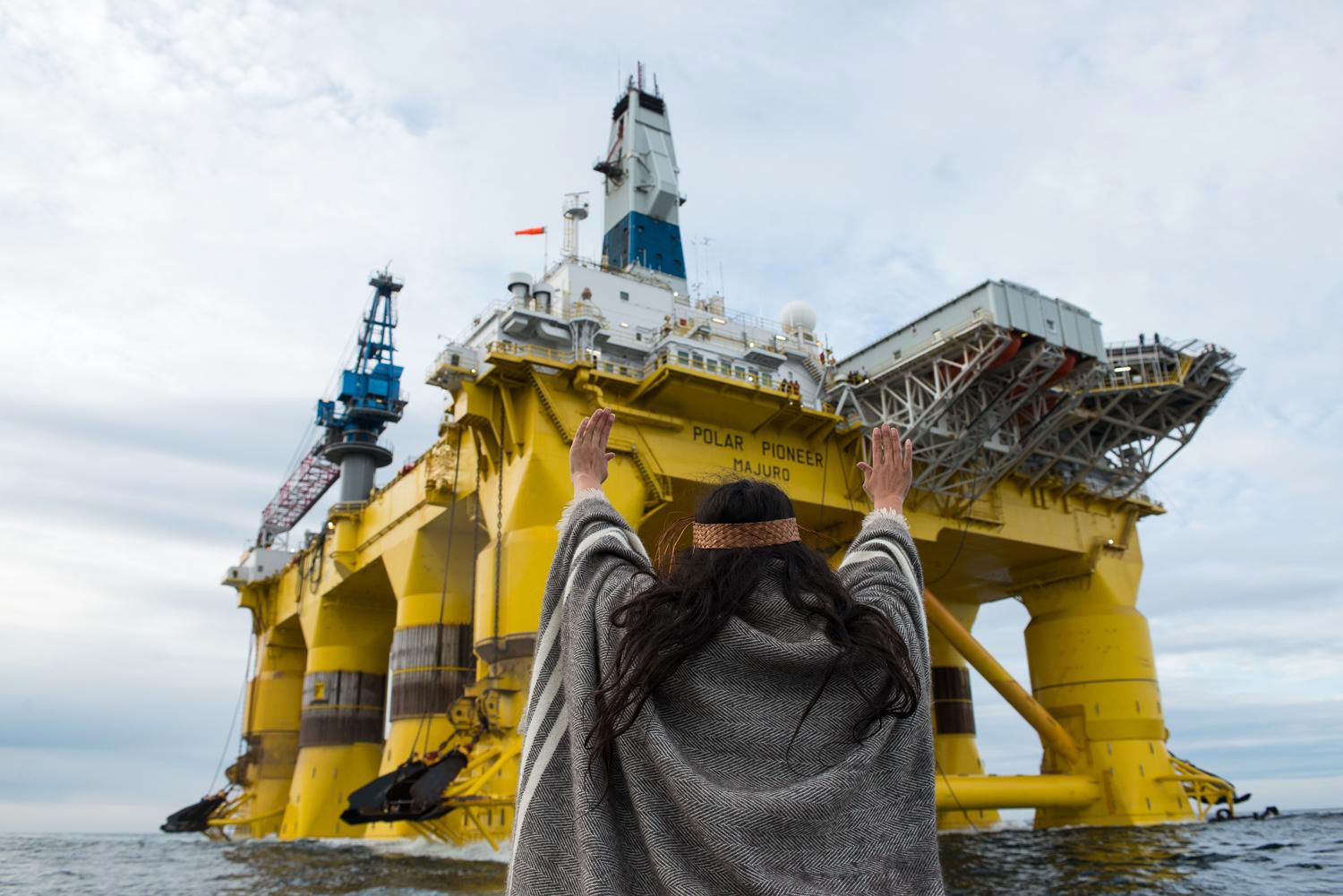 Audrey Siegl, a Musqueam woman from British Columbia, Canada, who is also a renowned public speaker, drummer and singer, stands in a Greenpeace rhib launched from the MY Esperanza holding her arms out in front her, defiantly signalling Shell’s subcontracted drilling rig, the Polar Pioneer, to stop.Greenpeace / Keri Coles

“Signing an international climate agreement while throwing open the door to Arctic oil drilling is a dangerous act of hypocrisy,” Truls Gulowsen of Greenpeace Norway said. “By allowing oil companies to drill in the Arctic, Norway risks undermining global efforts to address climate change. When the government fails to redress this we have to do what we can to stop it.”

The lawsuit can be seen in the context of a wave of climate justice cases around the world, from the Philippines to the U.S., and has the backing of a broad civil society coalition, fronted by young environmentalists, and supported by scientists, indigenous leaders, activists and public figures.