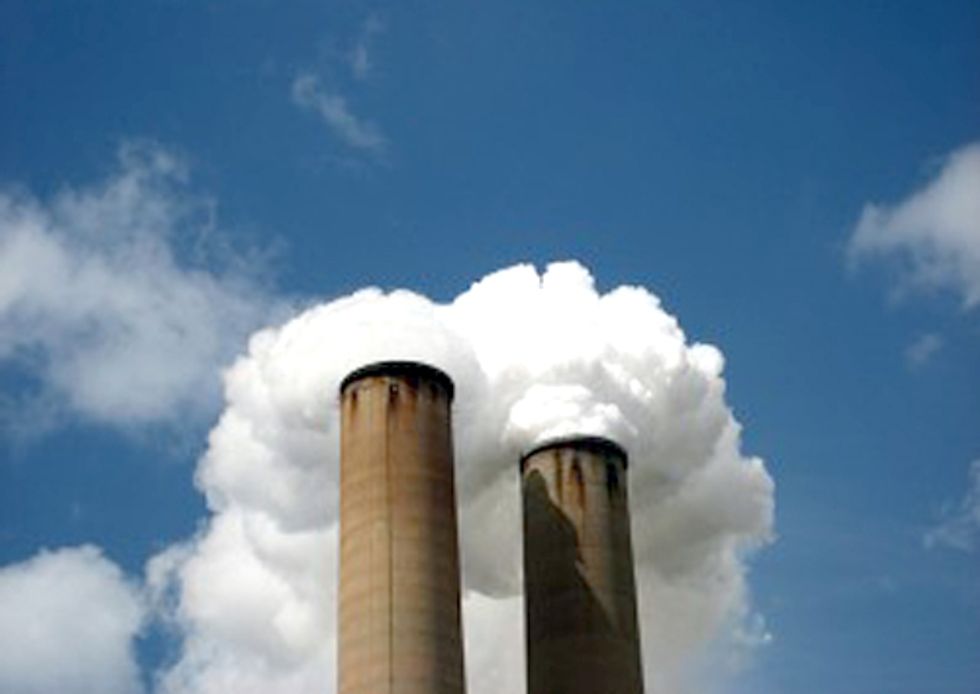 Sierra Club joined Gov. Mary Fallin, Attorney General Scott Pruitt, U.S. Environmental Protection Agency (EPA), and American Electric Power subsidiary Public Service Co. of Oklahoma (AEP-PSO) yesterday in announcing an agreement in principle in pending federal court litigation over the state's clean air protections. The agreement sets firm dates for retiring both units at AEP-PSO’s Northeastern coal-fired power plant near Oologah, Okla. The plant’s retirement is a major victory for public health in Oklahoma, as reducing the number of coal-fired power plants will both reduce harmful emissions and will pave the way for clean energy. The Northeastern Plant is the 107th coal plant to retire since the Beyond Coal campaign began.

Pearson added, “EPA has done a great job here working with a utility to create a responsible retirement plan. We commend the EPA and Governor Mary Fallin for their leadership in this settlement. AEP-PSO has set a good example for OG&E, which is now the biggest polluter in Oklahoma.”

Under the agreement between the U.S. EPA and Public Services Company of Oklahoma, the first 473 megawatt coal-burning unit at the Northeastern Plant will be retired by Dec. 31, 2017. The second unit, also 473 megawatts, will remain online but will have pollution controls installed by Dec. 31, 2017. Between 2017 and 2026, AEP-PSO will dramatically reduce the amount of coal burned at the unit until it is decommissioned no later than Dec. 31, 2026.

“This retirement schedule creates ample opportunity for AEP-PSO to prioritize its workers,” said Charles Wesner, chair of the Oklahoma Chapter of the Sierra Club. “Sierra Club calls on AEP-PSO to keep existing workers employed while decommissioning the plant and strive to keep as many workers as possible employed in new, clean energy projects in Oklahoma. With our tremendous wind, solar and energy efficiency potential, AEP-PSO should be able to create jobs and keep these workers employed.”

Currently, Oklahoma has six coal-fired power plants that collectively emit significant amounts of soot, smog and mercury pollution. Coal-fired power plants are a major contributor of ozone-forming pollution, and 2011 air quality data has shown that Tulsa and Oklahoma City exceeded federal limits on ozone pollution, threatening Oklahoma’s most vulnerable citizens, such as children, the elderly, and people who work or exercise outdoors. Ozone pollution is worsened during periods of high temperatures, meaning the summer of 2012 may be one of the worst ozone seasons in Oklahoma history.

Oklahoma has significant clean energy potential, which could power the state while protecting public health. Oklahoma’s wind resources rank ninth in the U.S., with more than 50,000 megawatts of wind power potential. Wind power in Oklahoma supports thousands of jobs, and according to the National Renewable Energy Laboratory, wind can provide more than 31 times as much electricity as Oklahoma currently uses. States such as Alabama are already purchasing Oklahoma wind power.