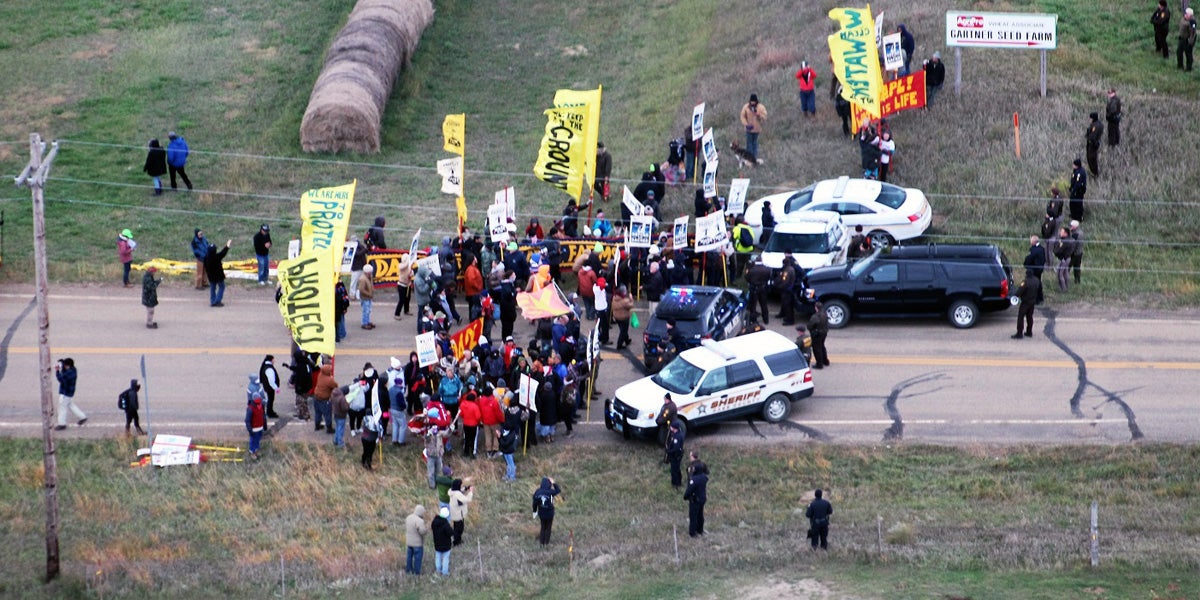 As Donald Trump takes office, pushing a wave of explicitly authoritarian federal policies and practices, Republican leaders at every level are following suit. The latest example is North Dakota lawmaker Keith Kempenich, who has introduced a bill that says a driver “who unintentionally causes injury or death to an individual obstructing vehicular traffic on a public road, street, or highway, is not guilty of an offense.”

Kempenich, who spoke to the Bismark Tribune, was completely candid in expressing that he created the legislation in response to protests against the Dakota Access Pipeline. The $3.8 billion project, which would span 1,100 miles and include Sioux land at the Standing Rock reservation, was halted in December after months of high-profile protests. 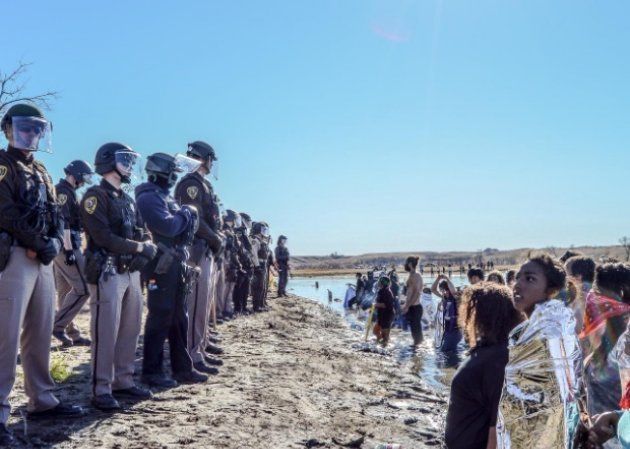 “It’s shifting the burden of proof from the motor vehicle driver to the pedestrian,” Kempenich told the newspaper. The state Rep. went on to justify his bill, which would allow motorists to potentially maim or kill protesters using a vehicle—thousands of pounds of fast-moving metal—but complaining that protesters are “intentionally putting themselves in danger.”

Kempenich’s said his opposition to the U.S. Constitution and its First Amendment-granted rights of free speech, is the result of his mother-in-law being inconvenienced while driving through protests. The lawmaker cited an instance when he said, as she drove past a long line of cars parked along shoulder of the road, a protester jumped in front of her car waving a sign. It seems just as likely that the protester emerged from a blind spot created by the stationary cars, as can happen in any situation where parked vehicles create a visual barrier. It’s impossible to say definitively, since neither Kempenich nor any of the other six Republican sponsors of the bill were there at the time.

“It’s shocking to see legislation that allows for people to literally be killed for exercising their right to protest in a public space,” Tara Houska, a Native activist who works with environmental organization Honor the Earth, told NBC News. “These [bills] are meant to criminalize the protests with no real concern for constitutional law.”

Along with Kempenich, other Republican backers of the bill include Michael Brandenburg, Vernon Laning, Bill Oliver, Karen Rohr, Dwight Cook and Donald Schaible.

This isn’t the first time in recent months that GOP legislators have tried to push aggressively anti-free speech laws. In Washington State, Republican Sen. Doug Ericksen has proposed a law that would create “a new crime of economic terrorism” which could allow for the arrest and prosecution of any protesters who “block transportation and commerce, cause property damage, threaten jobs and put public safety at risk.”

Ericksen is likely well aware of the fact that “blocking commerce” succinctly describes pretty much every protest, ever. Republican Rep. Kathy Lohmer of Stillwater, Minnesota, is floating a bill that further criminalizes and penalizes protesting on freeways. Lohmer’s legislation would increase fines from $1,000 to $3,000 and raise jail time from 90 days to a full year.