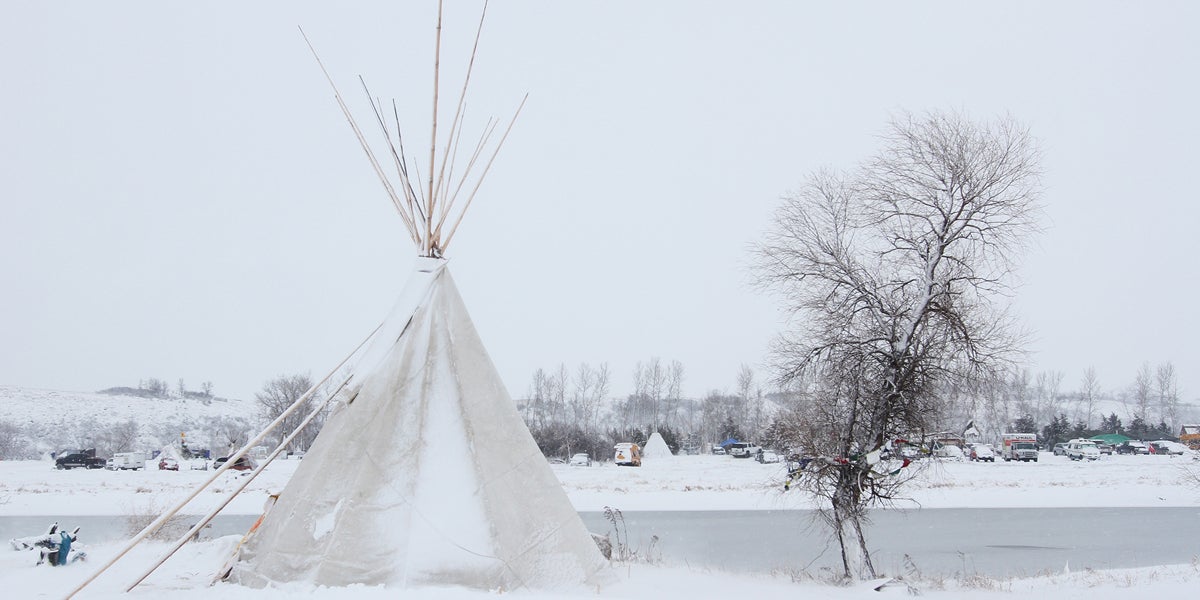 After a visit by its representatives to Standing Rock, Swedish financial institution Nordea announced today that it will not back the Dakota Access Pipeline if it violates the demands of the Standing Rock Sioux Tribe.

At a meeting with Greenpeace and Nordea regarding the Dakota Access Pipeline, it was announced that:

“It’s an important step that Nordea put its foot down and now has specific requirements that the oil pipeline not go through the Standing Rock Sioux Tribe’s land,” Greenpeace Nordic climate and energy campaigner Rolf Lindahl said. “It sends a clear signal to the world that the rights of indigenous peoples must be respected. We encourage others to set the same demands for the companies that are building the oil pipeline.

“The fact that bank after bank is withdrawing or voicing concern over the project shows the power of people united. This is another positive development for water protectors, though it does not yet determine the pipeline’s future, which should be stopped in its entirety.”

WIN! Shout out to our Sami family in Norway: Another major Norwegian investor Divests $23.8m from DAPL @EcoWatch https://t.co/48kj35DGqe

“Banks should not be funding projects that violate human rights and contribute to climate change. The fact that Nordea traveled to Standing Rock to consult with those on the ground and then came to this decision is significant. The recklessness of Energy Transfer Partners and Sunoco and the threat to the Standing Rock Sioux Tribe are real and can scarcely be depicted in full through media. This project is a crime against Indigenous sovereignty and human rights everywhere. It’s time for all banks invested in DAPL companies and those giving loans to get out for good.”