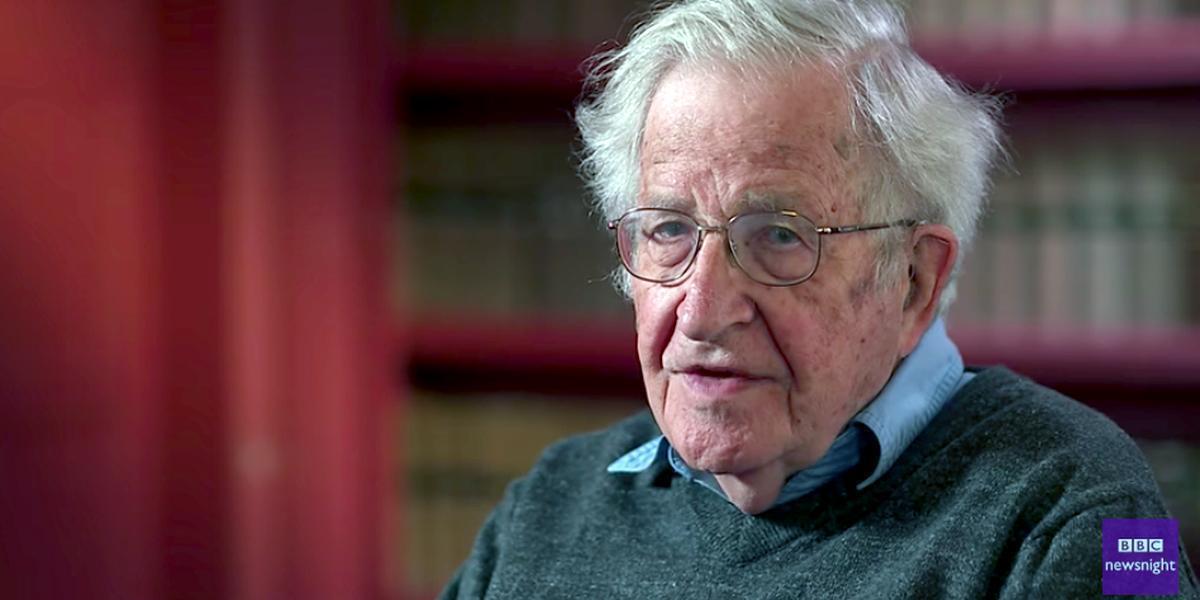 In a new interview with BBC Newsnight, Professor Noam Chomsky repeated his previous claim that the Republican Party is the most dangerous organization “in human history,” especially in their refusal to fight climate change or even denying that the global phenomenon is real.

Although Chomsky noted it was an “outrageous statement” to make, when host Evan Davis asked him if the U.S. political party is worse than North Korean leader Kim Jong-un and the Islamic State, the political thinker replied: “Is ISIS dedicated to trying to destroy the prospects for organized human existence?”

“It doesn’t matter whether they genuinely [believe in climate change] or not … if the consequence of that is, ‘Let’s use more fossil fuels, let’s refuse to subsidize developing countries, let’s eliminate regulations that reduce greenhouse gas emissions.’ If that’s the consequence, that’s extremely dangerous,” he continued.

“Unless you’re living under a rock, you have to recognize the seriousness of this threat.”

Earlier in the interview, Chomsky shared his thoughts about President Donald Trump’s anti-climate agenda but pointed out he was more concerned about the GOP as a whole:

I think the main damage [Trump will] do is to the world, and it’s already happening. The most significant aspect of the Trump election—and it’s not just Trump, it’s the whole Republican Party—is their departing from the rest of the world on climate change.

We have this astonishing spectacle of the United States alone in the world not only refusing to participate in efforts to deal with climate change but dedicated to undermining them. It’s not just Trump, every single Republican leader is the same.

It goes down to the local levels. Take a look at the primaries. In the Republican primaries, every single candidate either denied that climate change is happening. Or, when you get to the so-called moderates like Jeb Bush and [John] Kasich, they said, ‘Well, maybe it’s happening but we shouldn’t do anything about it.’ That’s 100 percent refusal.