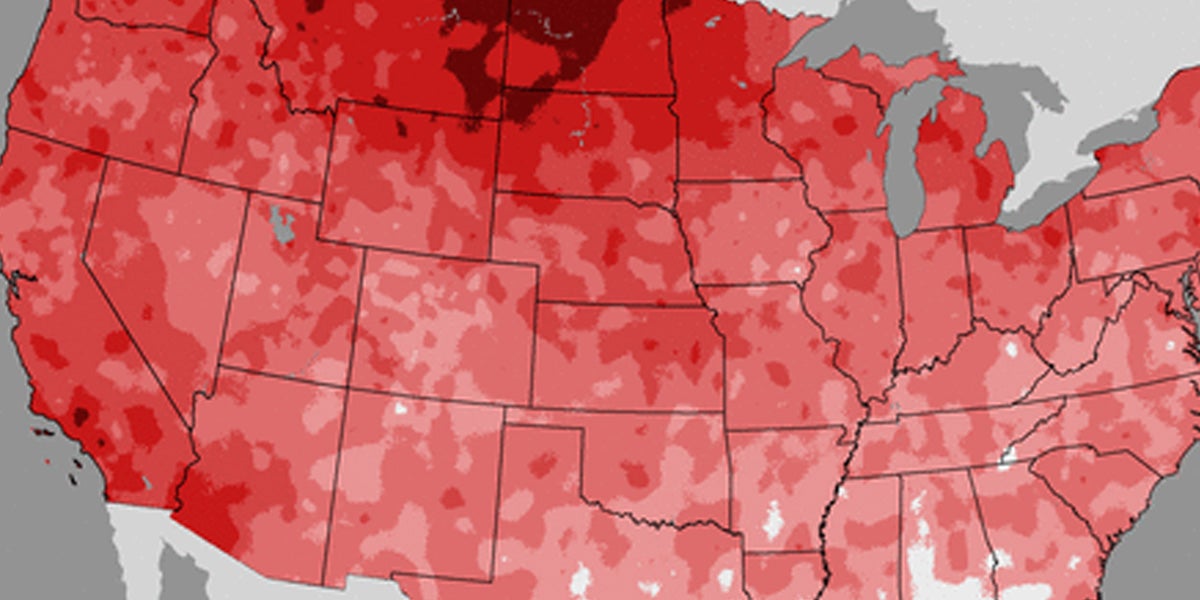 Every state in the contiguous U.S. experienced above average temperatures between June and August, with California, Connecticut and Rhode Island recording their warmest summer ever. 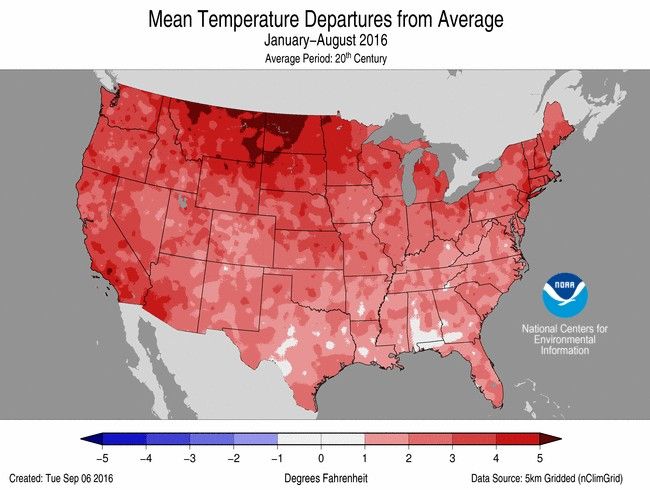 New data from the National Oceanic and Atmospheric Administration (NOAA) also reveal that although this year’s summer tied with 2006 as the fifth warmest on record, nights were the hottest ever, with average low temperatures about 2.4 F above normal. Hotter nights are a signature of climate change and particularly dangerous because they reduce the possibility of relief during heat waves. 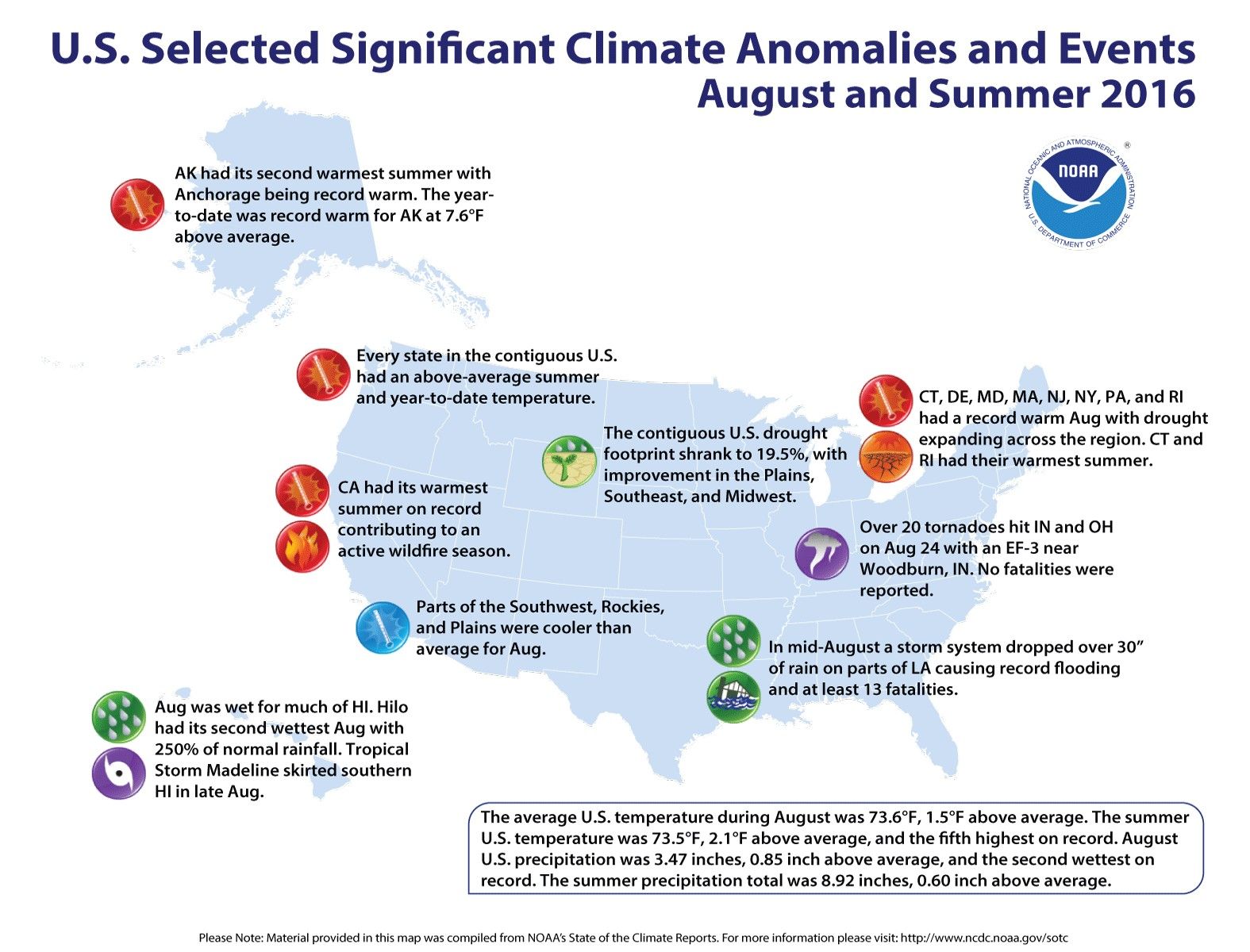 A map of significant climate events that occurred across the U.S. during the month of August and summer 2016.NOAA

Other notable climate events, according to NOAA, included: