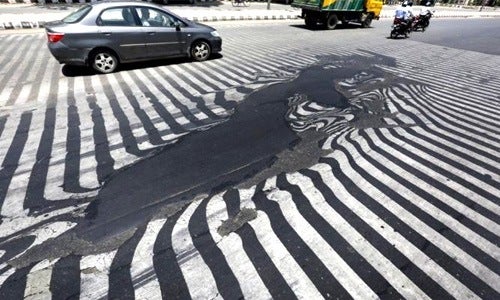 This past May was the hottest on record, according to the National Oceanic and Atmospheric Administration (NOAA). “The combined average temperature over global land and ocean surfaces for May 2015 was the highest for May in the 136-year period of record, at 0.87°C (1.57°F) above the 20th century average of 14.8°C (58.6°F),” said NOAA. This breaks the previous record, which was set last May.

It was also the hottest March to May on record and the hottest January to May on record as well. So, if trends continue, as they are predicted to, this year will surpass last year as the hottest on record. Many places have been experiencing extreme heat around the world with record heat in such disparate places as India and Alaska. Parts of tropical South America, much of southern Africa and The Middle East, and parts of northwestern Siberia also experienced record warmth, according to NOAA. 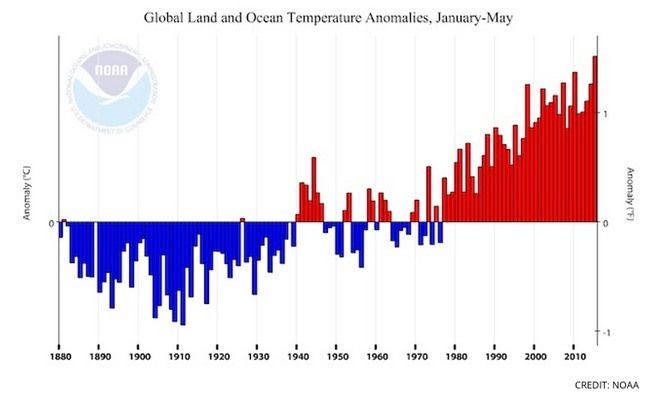 If trends continue, as they are predicted to, this year will surpass last year as the hottest on record. Photo credit: NOAA

The world set records for global precipitation, as well. Some places, such as Spain, experienced the driest May on record with total average rainfall for the month just 25 percent of normal, while Denmark recorded its second wettest May ever. The U.S. had its wettest May on record and also its wettest month ever recorded with Texas and Oklahoma experiencing precipitation that was 500 percent of average, causing catastrophic flooding. 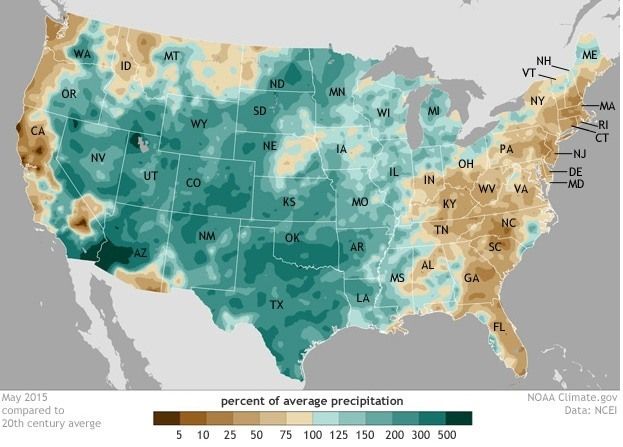 The data confirms what recent reports have found. Climate change will cause more extreme weather, including droughts, floods and heat waves. Another recent report identifies the top states and top cities in the U.S. with the biggest increases in heavy downpours, which are on the rise due to climate change.

NASA Study: More Than One-Third of Earth’s Largest Aquifers Are Being Rapidly Depleted