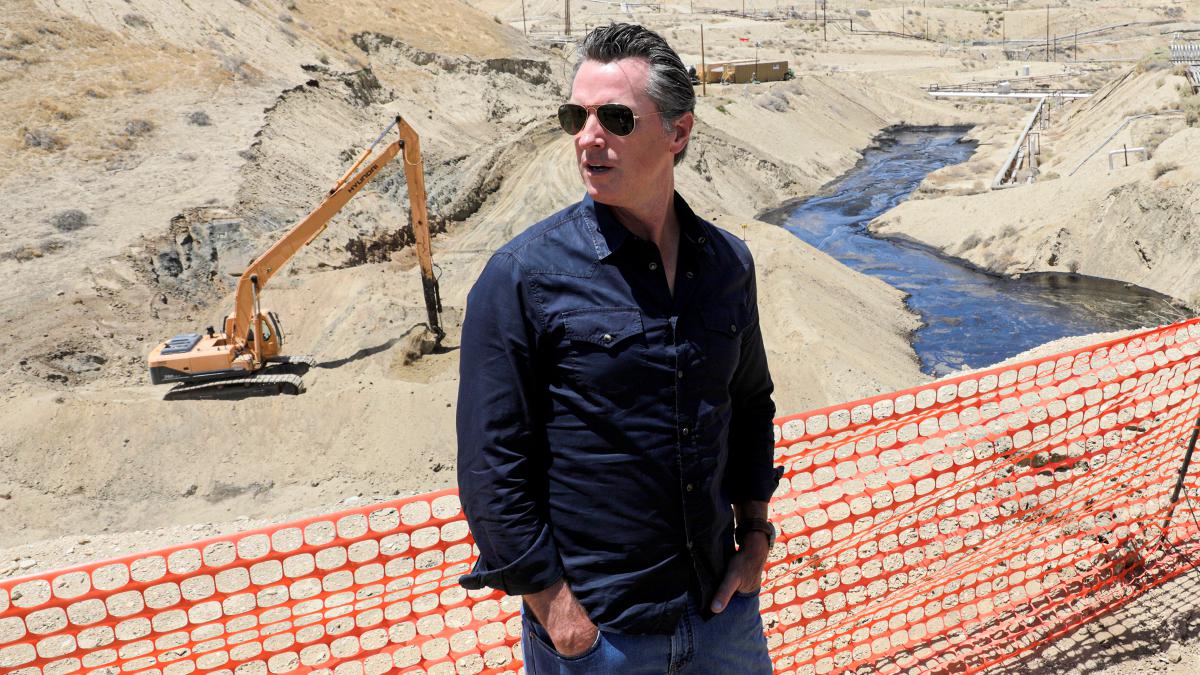 Accusing California regulators of “reckless disregard” for public “health and safety,” the environmental advocacy group Center for Biological Diversity on Wednesday sued the administration of Gov. Gavin Newsom for approving thousands of oil and gas drilling and fracking projects without the required environmental review.

“CalGEM routinely violates its duty to conduct an initial study and further environmental review for any new oil and gas well drilling, well stimulation, or injection permits and approvals,” the suit alleges. “Instead, CalGEM repeatedly and consistently issues permits and approvals for oil and gas drilling, well stimulation, and injection projects without properly disclosing, analyzing, or mitigating the significant environmental impacts of these projects.”

We took Gov. Newsom to court for granting new oil and gas permits w/o environmental review.

"The governor is openly flouting the law by rubber-stamping new oil permits…we believe the courts will make him stop." — Hollin Kretzmann, @CenterForBioDiv https://t.co/vCysESZS7m

The center noted that “despite Gov. Newsom’s progressive rhetoric on climate change, he has failed to curb California’s dirty and carbon-intensive oil and gas production.”

“His regulators continue to issue thousands of permits without review, and the governor has refused to act on his stated desire to ban fracking,” the group said in a statement. “Newsom’s regulators also failed to meet the governor’s deadline to publish a draft health-and-safety rule after vowing to do so before the end of 2020.”

Last September, as deadly climate-driven wildfires ravaged large swaths of California and turned skies in the San Francisco Bay Area an apocalyptic shade of orange, Newsom called on the Democrat-controlled state legislature to stop issuing new fracking permits by 2024, drawing widespread rebuke from climate campaigners who argued that now is the time to act.

Hollin Kretzmann, an attorney at the Center for Biological Diversity’s Climate Law Institute, said Wednesday that “it is completely unacceptable for Gov. Newsom to continue to ignore our flagship environmental law that’s meant to protect people from oil industry pollution.”

“Newsom can’t protect our health and climate while giving thousands of illegal permits each year to this dirty and dangerous industry,” Kretzmann added. “We need the courts to step in and stop this.”

Deborah Sivas, director of the Environmental Law Clinic at Stanford Law School and an attorney representing the Center for Biological Diversity in the lawsuit, said that “state laws are designed to protect communities and minimize pollution.”

“The state can’t continue to pretend these fundamental protections don’t apply to one of the most polluting and dangerous industries on the planet,” added Sivas.