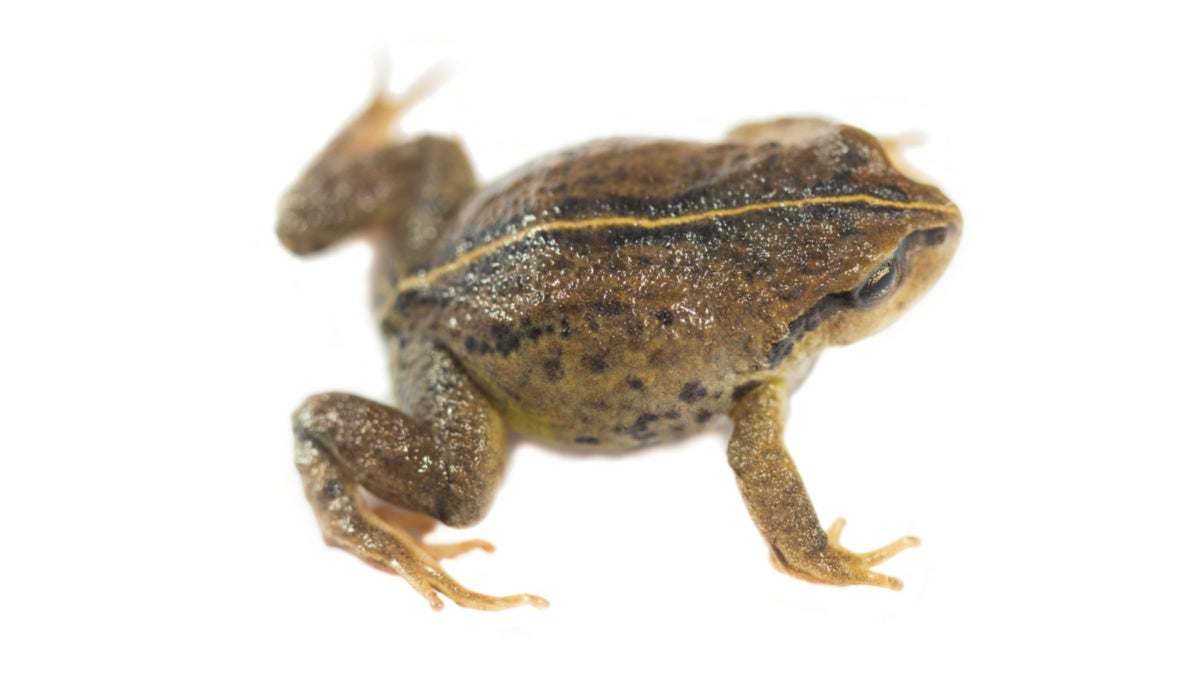 A never-before-documented frog species has been discovered in the Peruvian highlands and named Phrynopus remotum. Germán Chávez

The eastern slopes of the Andes Mountains in central Perú are among the most remote places in the world.

At elevations of 12,000 feet, some patches of cloud forest linger, blanketing the rocky ground and grasslands. Scattered across those grasslands are stones, surrounded by moss and lichens.

And hidden beneath those stones are small, brownish-grey frogs with short limbs and stout bodies. They don’t live near water, so they never begin life as tadpoles. Instead, they hatch directly out of the eggs as froglets.

These unique frogs may have existed under those stones for centuries. But they were unknown to science — until now. Alessandro Catenazzi, a Florida International University (FIU) biologist in the Institute of Environment, and a collaborative team in Perú have successfully identified the never-before-documented frog species in the Peruvian highlands and named it Phrynopus remotum.

“You can’t do anything for a species if you don’t know it exists,” Catenazzi said. “As scientists, describing and naming a species is the first step in helping to save it.”

Germán Chávez and Luis Alberto García Ayachi were conducting field work when they came across some of the frogs. At first glance, they didn’t necessarily stand out. The frogs look much like other frogs that live at high elevations where temperatures and oxygen levels are lower.

Because of a phenomenon called convergent evolution, different species will adapt in similar ways to a particular environment. Frogs that live at lower elevations — where there are trees — have disks on their fingers and toes to help them climb and move around. At higher elevations frogs don’t usually have those disks. They don’t have slim bodies. They don’t have eyes that are as big. Living in mosses or under stones, they don’t need those particular genetic adaptations.

Every frog living under those stones, though, is not the same.

Catenazzi knows this better than most. Throughout his career, he’s spent time in museums studying the world’s frogs and in the field searching for places where a deadly fungal disease has not yet hit amphibian populations. Including this latest find, he’s helped discover and name 33 new species.

In the lab, Catenazzi extracted and sequenced the DNA of the frog in question and confirmed it was, in fact, a completely unique and new species. He then constructed an evolutionary tree. Like a family tree that traces different relatives — grandparents, aunts, uncles, cousins — the tree Catenazzi created looked at relatedness that spans hundreds of thousands to millions of years. It shows how closely the newly named species is related to other species in the same genus, Phrynopus.

Phrynopus remotum refers to the remote place the frogs are found, which can only be reached after days of traveling over roads, on horseback, along hiking trails and up the steep slopes of the mountain side.

As Catenazzi points out, though, just because this place is remote today doesn’t mean it will always remain that way. The highlands and nearby areas are threatened by the rapid expansion of human activities. Even hiding under a stone won’t save the little frog if a road is built or the land is used for agriculture.

But, now that scientists know these frogs exist, conservation can begin.