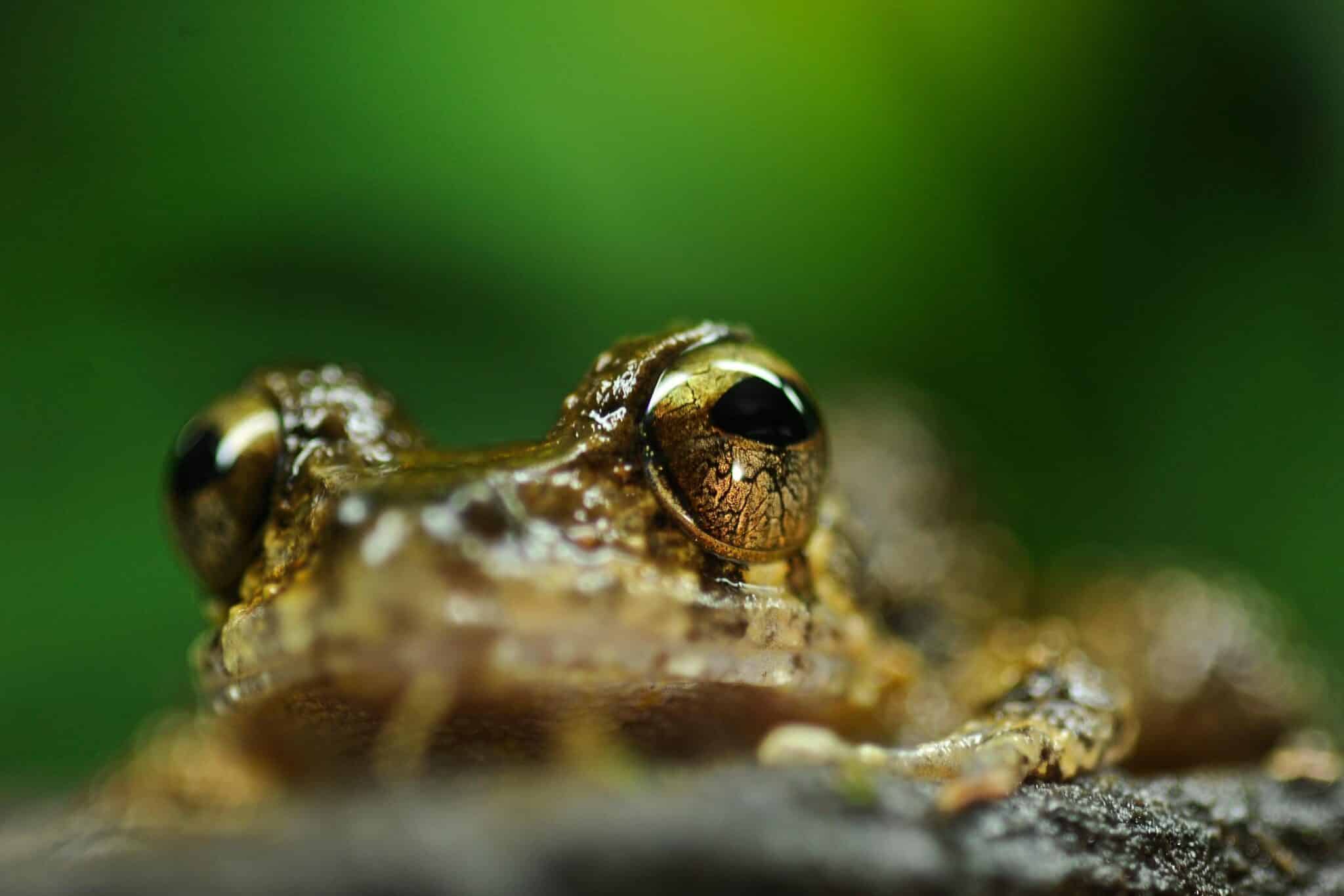 The El Rincon stream frog only lives in hot springs at the headwaters of a small Patagonian stream. With just a handful of decimated populations remaining, the critically endangered frog is struggling to survive.

This small frog is almost entirely aquatic. Its coloration is green and brown with several dorsal spots, and some individuals can have a clear vertebral line.

The hot springs of the headwaters of the Valcheta Stream, in northern Patagonia.

Invasive predator salmonids (rainbow trout, Oncorhynchus mykiss) have cornered these frogs in their last habitat. And even there, they also face habitat destruction by livestock.

The Wild Plateau Initiative (Somuncura Foundation) is running an action plan framed on habitat restoration and population recovery of this species. The recovery program is based on ex situ breeding and reintroduction of individuals into restored habitat.

I was part of the first reintroduction attempt of this endangered species in the wild — in a restored habitat where a local population had become extinct. Releasing captive-born individuals into a wild habitat, where they will be protected and free of threats, makes me happy and confident about being able to do something for the sake of the wild.

What else do we need to do to protect this species?

Next steps include continuing with ongoing conservation activities, promoting the legal protection of the frog’s habitat, and engaging the local community in conserving it.

Federico Kacoliris has a Ph.D. in natural sciences. Over the past decade, he has focused on the conservation of some of the most endangered species in the southern corner of South America. Ten years ago he started the Wild Plateau Initiative (today, Somuncura Foundation) with the aim of protecting endangered species in Patagonia. His work with amphibians, which is supported by the Conservation Leadership Programme and the People’s Trust for Endangered Species, is one of the first of its type in Argentina.

Reposted with permission from The Revelator.​