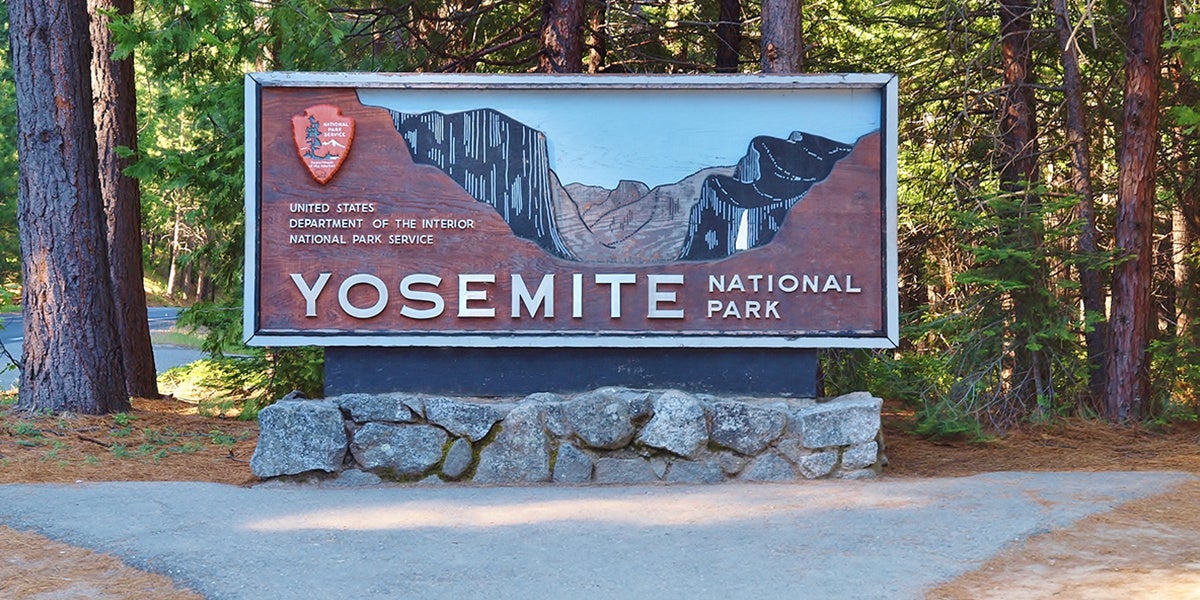 Load the camper back up: U.S. Department of the Interior Secretary Ryan Zinke appears to be backtracking on the steep entrance fee hikes he proposed last October for 17 of the country’s most popular national parks. In a relatively short public comment period of 30 days, the Interior Department received more than 100,000 comments from concerned Americans.

They were not happy campers. The response to the new entrance fees (some of which nearly tripled the current price) was overwhelmingly negative, with 98 percent of the comments, the Washington Post reported, opposing the raised fees. Americans of all stripes shared a similar sentiment: We deserve a fair price to visit our own public lands (and $70 is not it).

“$70 is insane! What the hell? You need to go to Congress, get them to fund NPS, and then get our president to actually sign it.”

“If I were considering a trip to one of these parks and suddenly found that the trip would incur an exorbitant entrance fee, I would not … repeat not, take my family on this trip.”

Park lovers also took to Twitter to let @SecretaryZinke‏ know how they felt. Some of them pointed out the hypocrisy in the Trump administration’s spending habits.

Hiking the fees for us to enjoy #NationalParks while @SecretaryZinke flies around on private jets with taxpayer $$$ https://t.co/5sfYQxGNQ6

Others on Twitter called out the inherent exclusivity of Zinke’s proposed price hikes.

What an absurd proposal. Making national parks even more inaccessible to people of modest means is not how you fill a maintenance backlog. https://t.co/jh0qr7hKdV

Wow, so Zinke is more than doubling the entrance fee to OUR national parks; from $30 to $70. @maddow #maddow

Zinke had said that the increase was necessary to fund a $12 billion maintenance backlog for the parks. But this plan, along with Zinke’s idea to use oil and gas leases on parklands to pay for infrastructure, is misguided. Paying for park maintenance falls on the federal budget, not on the backs of American families. Although President Trump’s proposed budget has not made the park system a priority, two recent spending bills negotiated by Democratic lawmakers in Congress propose giving our national parks a modest boost.

Emily Douce of the National Parks Conservation Association applauded Zinke’s apparent change of heart, saying it gave hope that “the administration has heard the outcry from the public and will abandon or significantly alter their proposal.”

After all, there’s a lot at stake. National parks bridge the widening gap between land and people. Accessibility to that land matters. As Rich Dolesh, a vice president of the National Recreation and Parks Association, puts it, “If you don’t keep the next generation of Americans connected and valuing our national parks, it would irrevocably break a bond that’s been there since the parks were created.”

That’s something Zinke’s supposed hero, Theodore Roosevelt, knew well. In 1906, President Roosevelt signed the Antiquities Act, which was the first to legally protect cultural and natural resources on U.S. public land. Below is T.R. celebrating the signing with conservationist John Muir in Yosemite National Park. 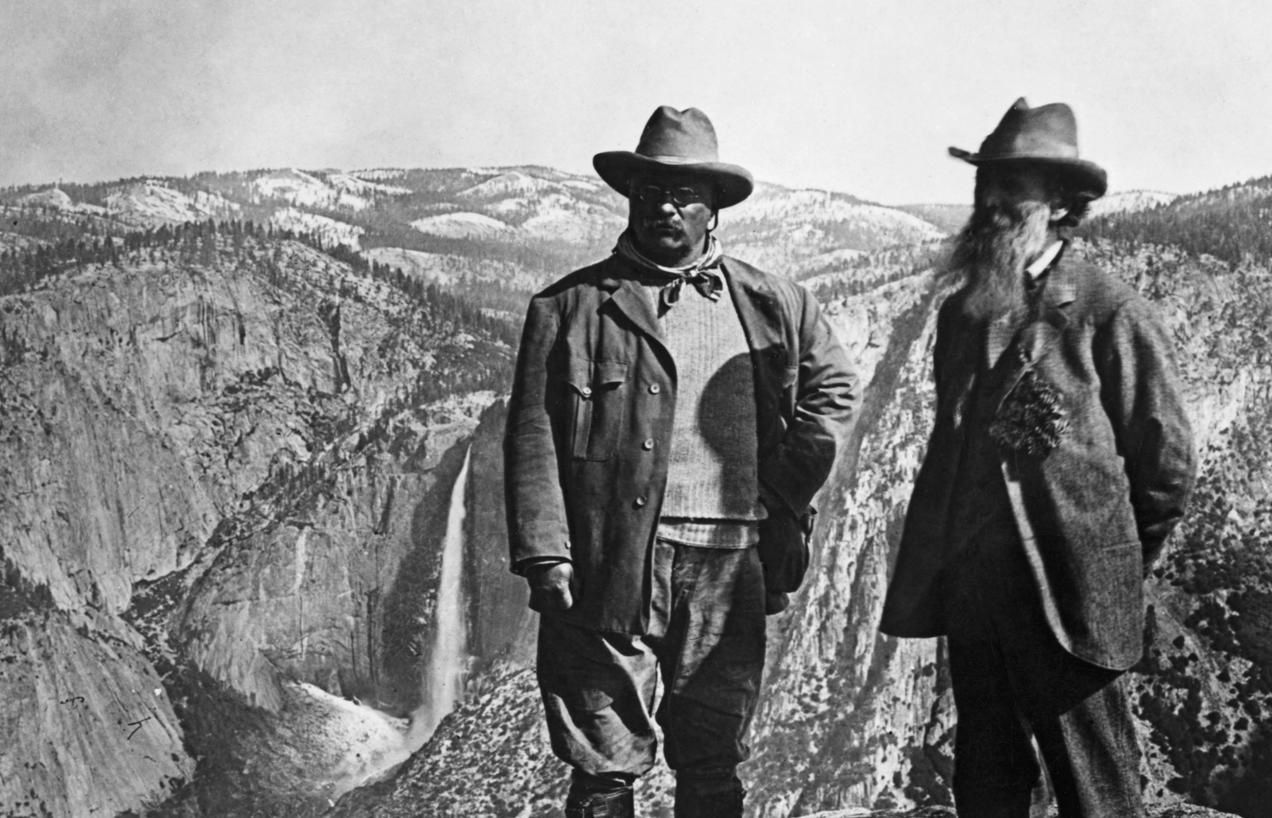 And here’s Zinke recreating that classic shot―and no, the irony was not lost on the Twitterverse. 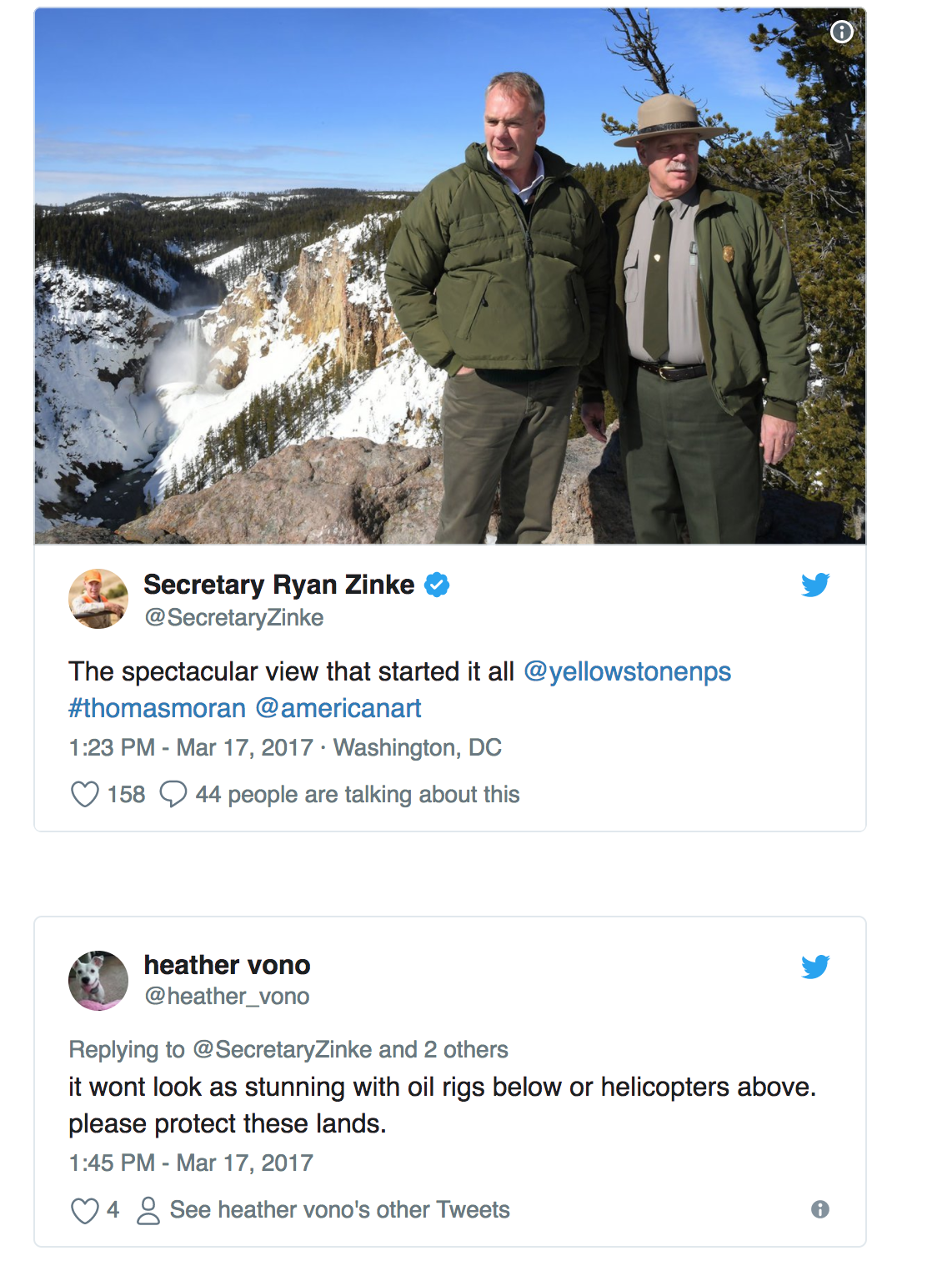 Way to speak your mind, America, but the parks aren’t out of the woods yet. They still face assaults on other fronts, including privatization and being leased to the oil, gas and mining industries at unprecedented rates. And while Zinke is implying that the new fee for driving into a national park won’t be $70, he has yet to state just how much it will cost.

So while you resume planning for that summer road trip, you may want to hold off a little longer on buying those fancy new hiking boots.