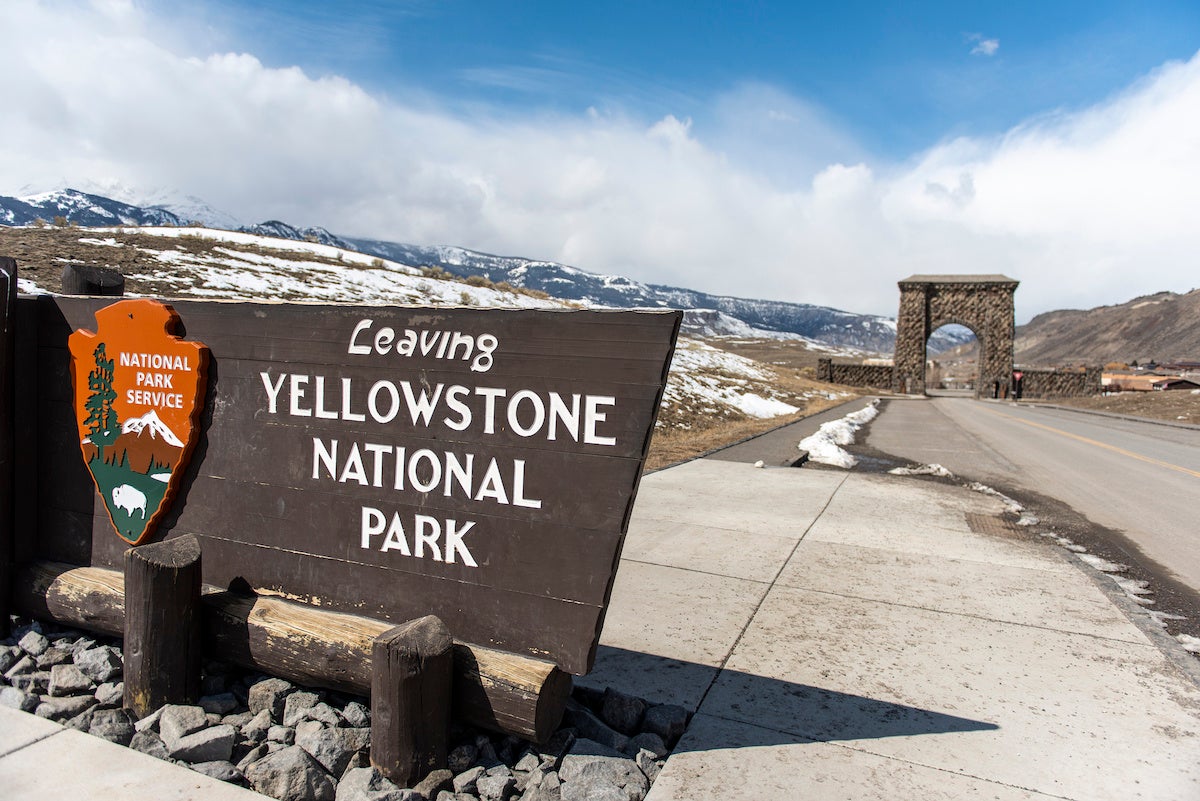 Yellowstone National Park closed to visitors on March 24, 2020 because of the Covid-19 virus threat. William Campbell-Corbis via Getty Images

When the novel coronavirus started to sweep across the country, the National Park Service started to waive entrance fees. The idea was that as we started to practice social distancing, Americans should have unfettered access to the outdoors. Then the parking lots and the visitor centers started to fill up, worrying park employees.

Now, after officials grew concerned about the spread of the coronavirus on crowded trails, some of the country’s most popular parks have started to close, according to The Associated Press.

Glacier in Montana and Arches and Canyonlands in Utah announced their decisions to close just before the weekend, just days after several others as Yellowstone, Grand Teton and the Great Smoky Mountains did the same, The Associated Press reported.

The Great Smoky Mountains National Park officials, for example, announced that “visitors from across the country have flocked to the area due to spring break, wildflowers and warm weather conditions,” as Marketplace reported. Officials said that in the week before closing, approximately 30,000 people entered daily. That’s up by 5,000 a day from last March.

Local leaders in Moab, which is the gateway to Arches and Canyonlands, had pleaded with the Federal government to close the parks, arguing that an influx of visitors posed a grave threat to the surrounding communities. They also implemented tight strictures on businesses outside the park, as EcoWatch reported.

The Southeast Utah Health Department issued orders limiting tourist services to protect Moab, the gateway to Arches and Canyonlands national parks. The health department ordered businesses where people gather to close down and only offer curbside, “no contact” service. It also banned nonlocals from checking into hotels or camping outside the park, according to EcoWatch.

Moab’s tiny hospital has only two ventilators and no intensive care unit at all, according to the Southeast Utah Health Department, as The Associated Press reported.

In Arizona, Grand Canyon National Park remains open, even though local health officials and the Navajo Nation have asked for it to be closed as cases of COVID-19 in the surroundings areas have grown.

“They’re scared for their health and the health of the community and visitors,” said Kevin Dahl, Arizona’s senior program manager for the National Parks Conservation Association, over the weekend, referring to the Grand Canyon park employees and South Rim residents he’s talked with, as National Parks Traveler reported. “They wonder why hasn’t it closed down when other national parks have closed down?”

The decision to keep parks open by the secretary of the interior drew criticism from an Arizona congressman, Raúl Grijalva, the chairman of the House Natural Resources Committee.

“For someone in Secretary Bernhardt’s position, it is cavalier at best and profoundly dangerous at worst to encourage public lands visits without encouraging all visitors to avoid crowding of high-traffic areas and popular parks. He should revise his recommendations to better reflect the advice of public health experts,” Grijalva said in a statement, as Marketplace reported.