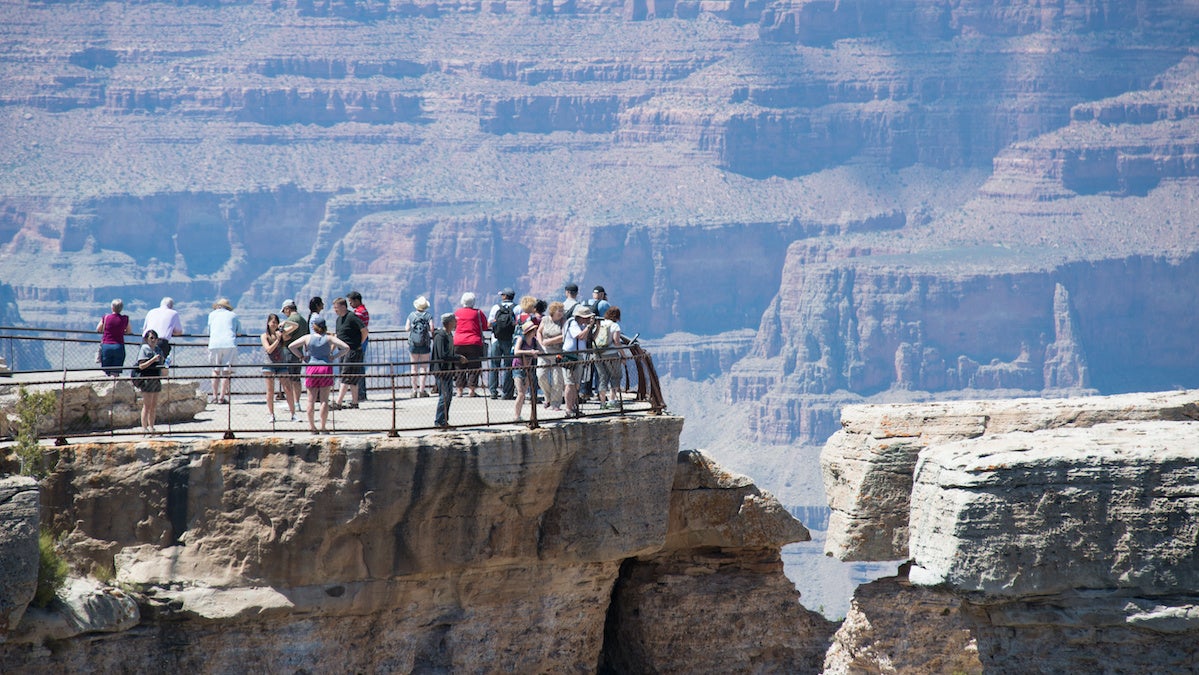 With social distancing as the new norm and spring break plans canceled, many families and people finding themselves temporarily out of work are looking for a getaway that is both beautiful and isolating. They have found the U.S. national parks open and ready to welcome them, which have parks staff worried about exposure to the novel coronavirus, according to The Guardian.

Park workers have taken to social media to share photographs of crowded visitor centers and lines of people standing shoulder-to-shoulder as they wait to crowd onto shuttle buses, as The Guardian reported.

To take steps to minimize contact, some parks have started to close their visitor centers and have removed staff from the entrance gate where fees are collected, effectively making the park free to visitors. At Lake Mead National Recreation Area, the collection gate is unmanned and the park headquarters lobby is closed while the park remains open.

Following guidance from the @WhiteHouse, @CDCgov, & local & state authorities, the NPS is modifying operations, including closure, for facilities & programs that cannot adhere to guidance. Where possible, outdoor spaces will remain open.

In Great Basin National Park, the visitor center is closed and cave tours are canceled, but park rangers are available to answer questions and distribute maps, according to the CBS Las Vegas affiliate.

In nearby Utah, local residents are visiting the national parks, making up for the absence of foreign visitors who have had their travel plans canceled by travel restrictions. However, some of the most popular attractions have been canceled, like the shuttle buses through Zion National Park, according to the Salt Lake Tribune.

Last week, the area around Zion actually saw an uptick in visitors. While the federal government is keeping national parks open, some local officials are trying to protect the people who live around the park. The Southeast Utah Health Department issued orders limiting tourist services to protect Moab, the gateway to Arches and Canyonlands national parks. The health department ordered businesses where people gather to close and only offer curbside, “no contact,” service. It also banned nonlocals from checking into hotels or camping outside the park, as the Salt Lake Tribune reported.

“Moab is asking people to please stay in their home community,” Mayor Emily Niehaus said, according to the Salt Lake Tribune. “This is an urgent message to people considering travel to Moab.”

Keep your paws clean. Wash often with soap and water for at least 20 seconds, avoid touching your eyes, nose, and mouth, cover your mouth and nose when you cough or sneeze, and please stay home if you feel sick! https://t.co/JWqULwlbC5

In the Grand Canyon, private companies are taking matters into their own hands. We proactively canceled all our trips,” said Dave Logan, owner of Flagstaff, Arizona-based Four Season Guides, as The Guardian reported. “We decided to do it not only for the health of our guests but also for the health of our guides. We don’t want them getting sick and then spreading the virus around in our community.”

Some states are going the opposite way. New York, for example, which has declared a state of emergency, seems to be encouraging visits to state parks, keeping them open and waiving admissions fees in all state, local, and county parks, according to a statement from Governor Andrew Cuomo.

The U.S. National Park system has actually closed a few parks, but only in dense cities. They include the Golden Gate National Recreation Area, the National Mall in Washington, DC, and the Statue of Liberty and Ellis Island in New York.

In an open letter released on Monday, an organization representing Park Service retirees called on the Department of the Interior to issue broader closures to protect the staff and the public, according to CNN.

In the letter, Chair Phil Francis of The Coalition to Protect America’s Parks said that “to suggest to the public that gathering at national park sites is acceptable … is irresponsible to the visiting public and employees,” as CNN reported.