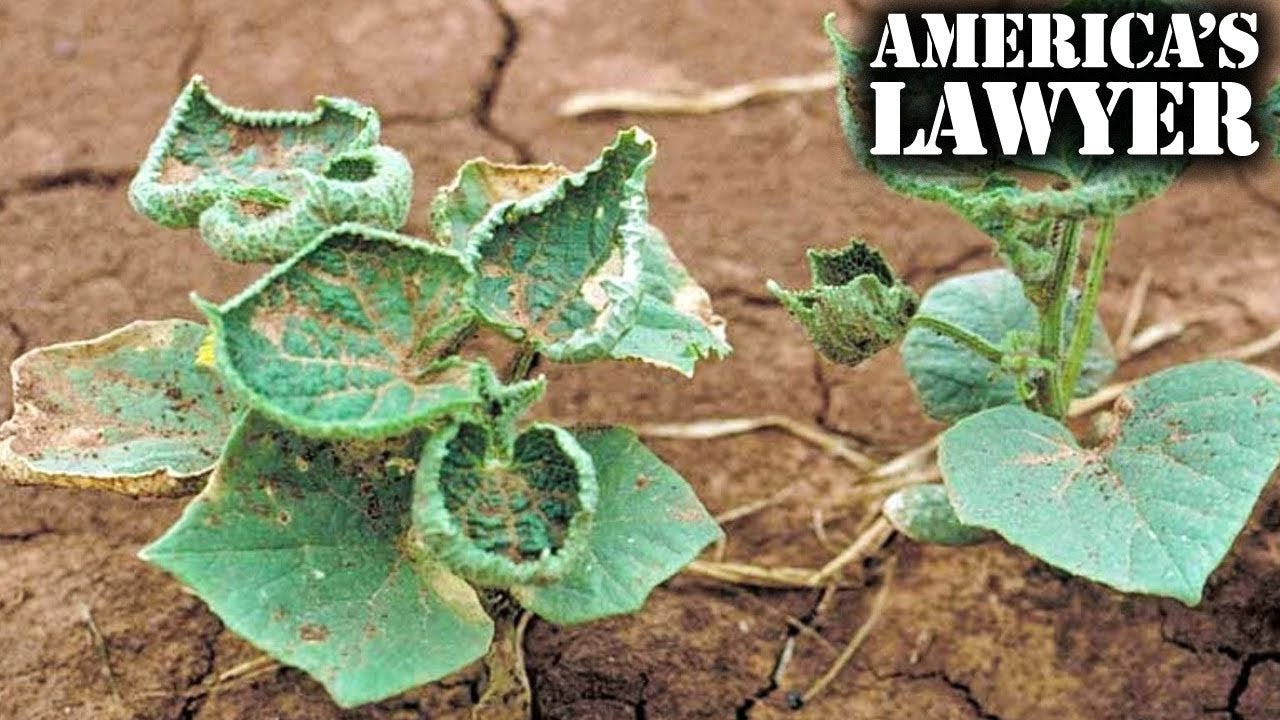 Transcript of the video:

Mike Papantonio: Monsanto is wreaking havoc once again with one of their herbicides, Dicamba. Hundreds of farmers in Arkansas have filed complaints about Dicamba, while states like Missouri were forced to temporarily ban its use, with Tennessee also banning it shortly thereafter. Joining me now is attorney Bev Randles.

Bev, what is Dicamba and why exactly was it being used in the first place? It almost sounds like the Ben Lake story to me when I think back on that disaster. I think it was DuPont was the manufacturer of that. But what is your take on this overall?

Bev Randles: Well, Dicamba is a herbicide. It’s been around, actually in use since about the last 1960s but it was used in very, very small amounts on not very much of the acreage nationally anyway, but Monsanto decided about ten years ago that they wanted to make their herbicide sort of the premier, this Dicamba herbicide. So they marketed. They produced and marketed what are called the Extend System. It’s called the Extend System and what it is is a seed and then the corresponding herbicide to be used with it is Dicamba.

But the problem with Dicamba is that it’s extremely volatile, which means it is very difficult for it to stay on target. So when farmers spray it on their crops, their Dicamba resistant crops, it then goes off target and harms other people’s vegetation, everything from their crops to trees, ornamentals and everything. It’s really wreaking havoc as you said.

Papantonio: What’s your involvement with this situation? What kind of damages are farmers complaining about? Where do you see this damage going? I mean because obviously it’s not just limited to Missouri and Arkansas and Tennessee. I think we’re going to find a lot of these cases along the Gulf Coast. So what is your take on the damages here?

Randles: Well, we have filed two lawsuits. We were actually the first law firm to get involved in this litigation. We filed the first law suit last November on behalf of Bader Farms. Bader Farms is the largest peach producer in Missouri and they had been damaged by Dicamba drift and volatility in 2015 and 2016 and then also the farm is being damaged this year as well.

We also filed a class action lawsuit in January because we were being contacted by smaller operations, people who didn’t have the sorts of damage that Bader Farms has experienced but still they were being damaged and they wanted to see redress. So we filed that lawsuit in January and at the time it was targeting ten states, just because those were the 10 affected states as we call them. We intend to make that though a national class action and others have since then, beginning in June of this year, others have filed lawsuits as well.

As a matter of fact, some friends of mine down in South Florida handled that project and it started off as a class. The class really never addressed kind of that small grower as you’re talking about and it really took the small grower going to trial one by one by putting together a national group of lawyers who were able to do that across the country, I kind of, when I read this story about the class action on this I had the same concern, that I don’t know that class action actually solves problems for the people who really need specific address to their specific problem. What is your take on that? I’ve been doing this 35 years and that’s just my take after looking at the way this is developing.

Randles: Well, you know, I think we’re going to have to see how it plays out. We obviously feel like a class is appropriate under this set of circumstances. Class looks at things, as you know, like numerosity and typicality and there are certain aspects of this that are just across the board no matter who you talk to, no matter what kind of crops, but yes, there are things that are going to have to be fleshed out, like for instance the process for determining what folks damages are. Because there are some people who maybe have 50 acres and they’re being impacted.

There is another farmer that we, our lawyers spoke with recently, and that farmer is talking about tens of thousands of acres. So people have different options about how they want to proceed and there are going to be a lot of lawyers involved in this. I mean there already are and I do think that as it continues to play out, we’re going to have to determine the best way to seek redress for each individual person because at the end of the day it’s about the farmers that are being damaged, not the lawyers, not the companies. It’s about the farmers.

Papantonio: After Arkansas initially banned Dicamba’s use in it’s state, Monsanto made a statement as if to, as if they wanted to comply. Is this a sign that they plan to go along with the demands of this state? We’ve seen this. Look, Monsanto is notorious about saying one thing or doing another. We’ve seen it with Roundup. We’ve seen it time and time again with GMO. It’s just their MO to try to put everybody at ease. Gee whiz. We’re going to solve the problems, just work with us. And then nothing is really solved. Don’t you already see that happening in here I think the documents in this case are going to be overwhelming where the company has known about these problems for quite a while. What’s your take?

Randles: I believe you are exactly right. The documents are going to be key and in fact, we just had a scheduling conference with the Court yesterday in the Bader case. So that case is, we’ve got a scheduling order for that now. We’ve got a trial date for that. That’s going to be April 19 of 2019. So when discovery starts, we are going to start seeing I believe exactly what you just said. We’re going to start seeing that they knew about this and in fact, we know that they knew the problems with the volatility and the drift of this product because there were university scientists studying it for years.

Papantonio: The same thing they’ve done with Roundup if you think about it.

Papantonio: I think the same thing is going to develop here with your case. But anyway, look, stay out there. Stay with the fight. This is a company that absolutely rarely plays by the rules. Thanks for joining me.

Randles: Thank you for having me, Mike.