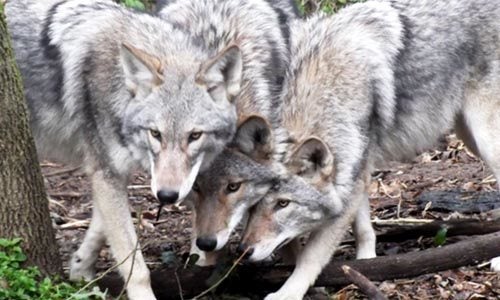 A new species combining wolves, coyotes and dogs is evolving before scientists’ eyes in the eastern U.S.

Wolves faced with a diminishing number of potential mates are lowering their standards and mating with other, similar species, reported The Economist. The interbreeding began up to 200 years ago, as European settlers pushed into southern Ontario, clearing the wolf’s habitat for farming and killing a large number of the wolf families who lived there. This also allowed coyotes to spread from the prairies, and the farmers brought dogs into the region.

Over time, wolves began mating with their new, genetically similar neighbors. The resulting offspring—which has been called the eastern coyote, or to some, the coywolf—now number in the millions, according to researchers at North Carolina State University.

Interspecies-bred animals are typically less vigorous than their parents, the Economist reported, if the offspring survive at all. That’s not the case with the wolf-coyote-dog hybrid, which has developed into a sum greater than the whole of its parts. At about 55 pounds, the hybrid animal is about twice as heavy as a standard coyote, and its larger jaws, faster legs and muscular body allows it to take down small deer and even hunt moose in packs in both open terrain and dense woodland.

Watch this report on coywolves posted online by THIRTEEN: