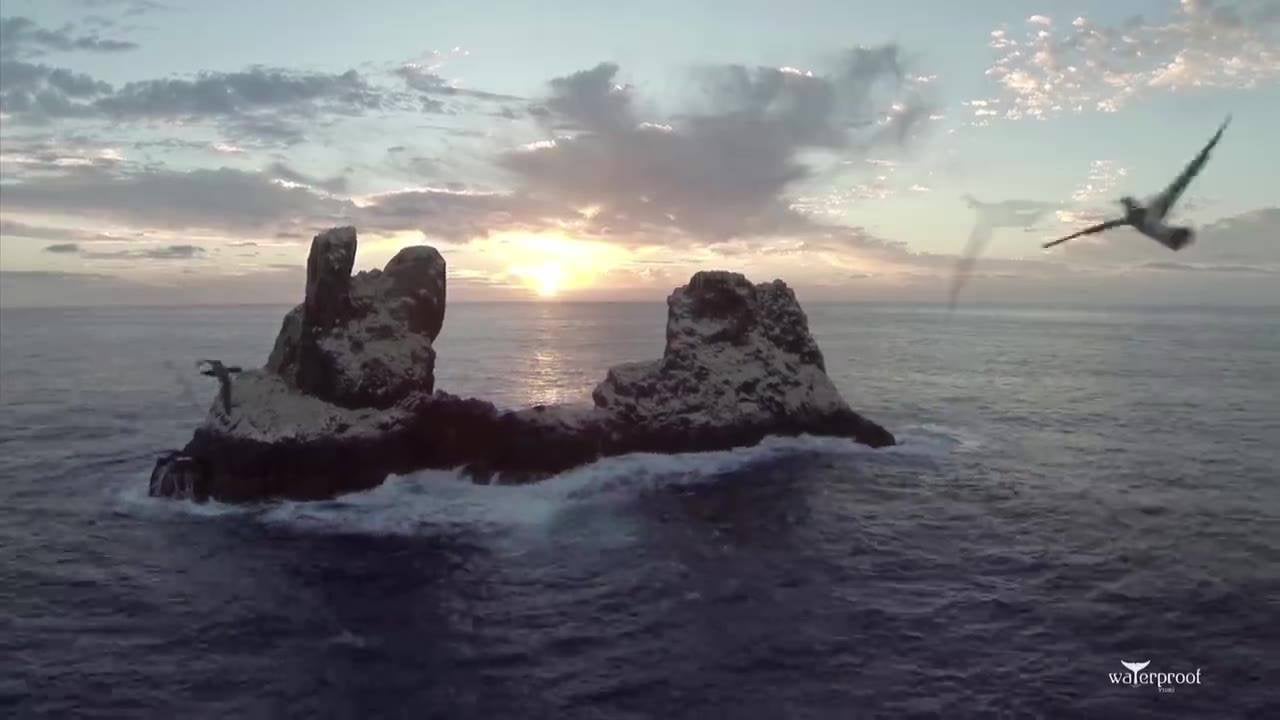 Mexico has created North America’s largest marine park—the size of Illinois—in the Pacific Ocean to protect hundreds of species including rays, whales and sea turtles, an area referred as the Galápagos Islands of North America.

The announcement on Friday by Mexico’s president Enrique Peña Nieto fulfilled an October promise to transform a 57,000-square mile swath of ocean holding four islands into a protected area. Mexico’s National Commission of Protected Natural Areas took the largely uninhabited, volcanic islands 240 miles southwest of Baja California, and expanded a small reserve that extended six miles off their shores. The expansion came one year after the vast rectangular territory was declared a UNESCO world heritage site.

Previously, the six-mile strip of protection didn’t offer sanctuary to a variety of species in the path of fishers, leaving sharks, rays and whales as either commercial fishing bycatch or targets of illegal fishing. Friday’s announcement means all fishing activities will be banned within the protected expanse.

On shore, the Mexican president’s decree will ban the extraction of natural resources and construction of hotel infrastructure on all four islands. The Mexican Navy will maintain a small presence on the islands.

The Environment Ministry and Navy “will carry out surveillance, equipment and training activities that will include remote monitoring in real time, environmental education directed at fishermen and sanctions against offenders,” said President Peña Nieto in his announcement.

The move was described as an “important precedent” by María José Villanueva, the director of conservation of WWF in Mexico, according to local media.

“With the goal of guaranteeing maximum protection of this World Heritage Site, our national legislation’s strongest conservation category will be used, and all forms of fishing will be prohibited,” Alejandro Del Mazo Maza, a representative of Mexico’s National Commission of Protected Natural Areas, said in an October statement.

Commercial fishing interests met the statement with criticism given that the expansion will affect seven percent of the Mexico tuna fleet’s Pacific range.

But there is a flip side for commercial fishing. Since the waters lie on the convergence of two ocean currents, the islands’ waters are a gathering point for migratory species. It is hoped that the newly afforded status will help populations recover from commercial and illegal fishing’s damage. This will mean an increase in fish stocks. The growing fish populations will likely spill over into commercial waters—in effect mimicking what happened in Galápagos when the Ecuadorian government enacted a similar ban on fishing in 1998, turning adversaries into supporters.

The protection status is also expected to boost the dive industry, already worth an annual $15 million.