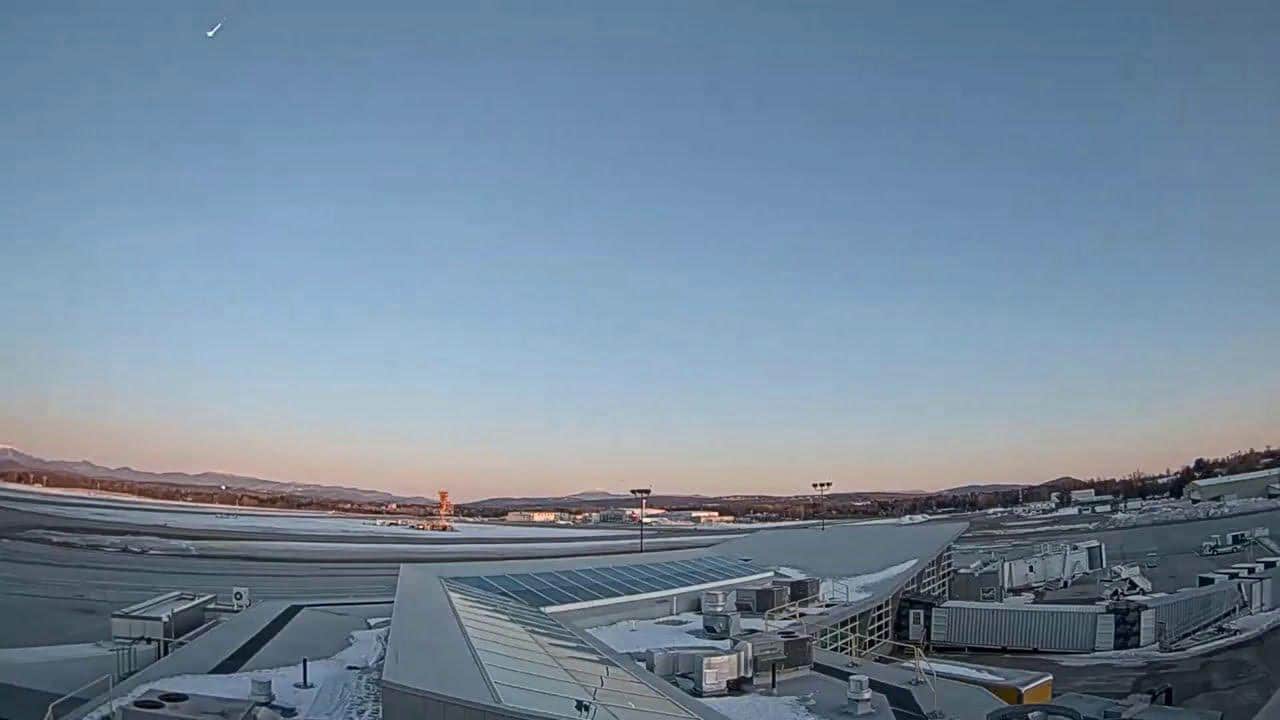 A bright meteor known as a “fireball” streaked across the sky over northern Vermont and made a loud banging noise when it entered the atmosphere, the Burlington Free Press reported.

“I actually thought my apartment was being knocked off its foundation,” one resident of Essex Junction, Vermont wrote in the comments of a NASA Meteor Watch Facebook post about the incident.

Eyewitness reports from Canada and the Northeastern U.S. said that the meteor flashed across the sky at around 5:38 p.m. Eastern Standard Time, NASA wrote on Facebook. From these reports, the agency has calculated that the meteor first appeared over Vermont at a height of 52 miles above Mount Mansfield State Forest. It then sped northeast at a rate of 47,000 miles per hour. It traveled for 33 miles across the upper atmosphere before burning up 33 miles above Beach Hill in Vermont’s Orleans County, NASA said.

The agency said it was working on a more detailed trajectory based on reports and hopefully video evidence. So far, its Facebook post has more than 500 comments. In addition to Vermont, people also reported seeing it in Connecticut, Maine, Massachusetts, New Hampshire, New York and the Canadian province of Québec.

“It was dusk, so the sky was a deep blue, and I saw a bright red, orange and yellow streak to the north of me,” one Massachusetts eyewitness commented on the NASA post. “I thought it must have been something much bigger than a standard ‘shooting star’ to be so visible when not totally dark yet.”

Video footage of the meteor has also emerged. Local news station WCAX recorded it from the Burlington International Airport at 5:40 p.m.

You called us from all over the state Sunday evening, reporting a loud boom and a body-rattling vibration. Well, we found out you were hearing and feeling a meteor hit the atmosphere! ☄️ pic.twitter.com/xlQtvwjYuF

NASA said the meteor was a “fireball,” a meteor with a magnitude of brightness greater than negative four, or the brightness of Venus in the morning or evening sky, Newsweek explained. A meteor, also known as a shooting star, is the name for the light we see when an asteroid or meteoroid enters Earth’s atmosphere. If a meteoroid does not burn up before it lands, it is called a meteorite, according to NASA. However, much of the object burns up as it travels rapidly through the atmosphere. Usually less than five percent of an original meteoroid ever lands on Earth as a meteorite, and space rocks smaller than a football field usually disintegrate entirely. Around 48.5 tons of material from meteoroids enters the atmosphere every day, scientists estimate.