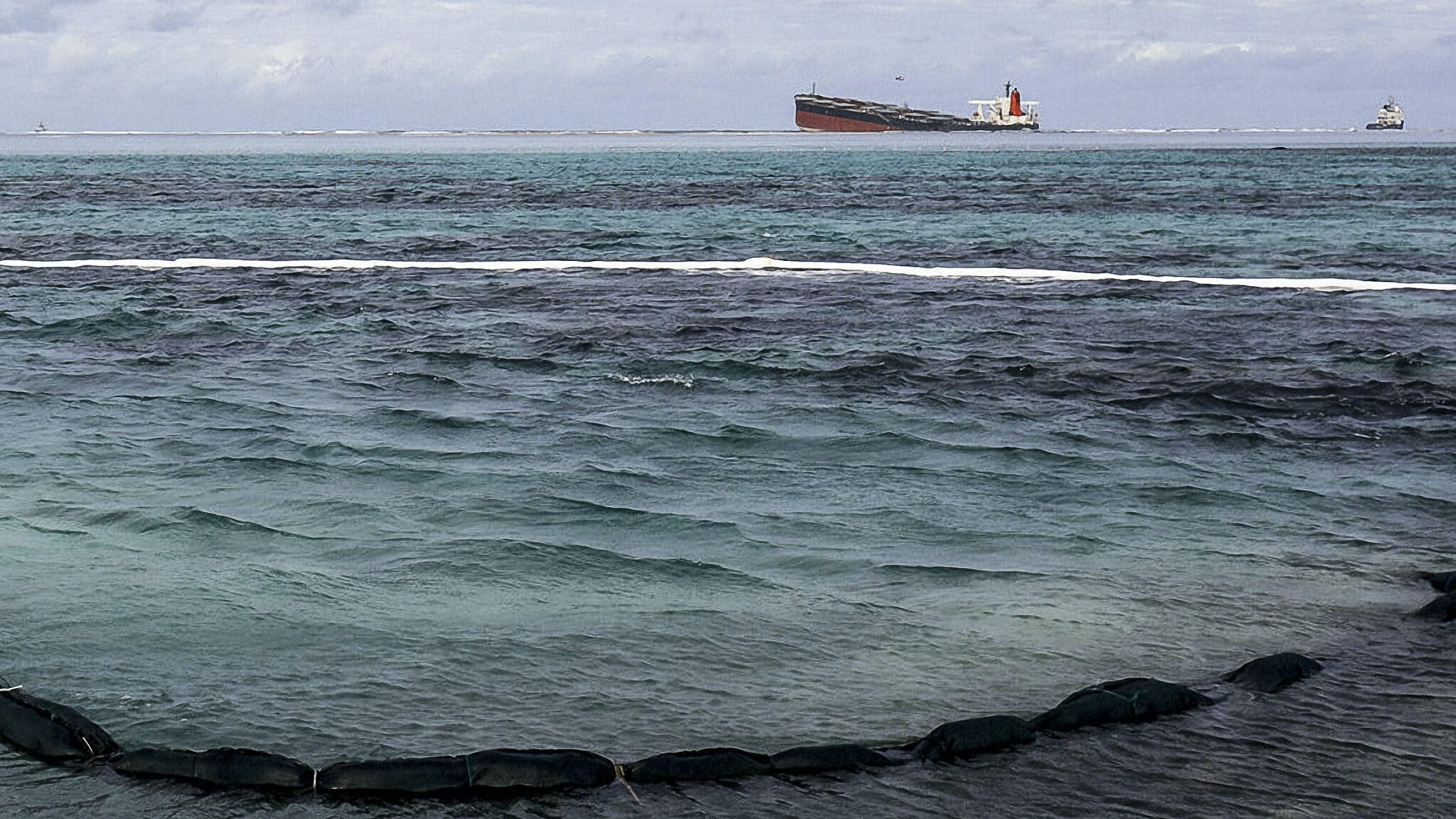 The MV Wakashio is seen on August 15, 2020 after the ship's mid-section broke in two, three weeks after running aground off the coast of southeast Mauritius. Stringer / AFP / Getty Images

The Japanese cargo ship that hit a coral reef near Mauritius and spilled thousands of metric tons of fuel into the island nation’s turquoise waters split in two over the weekend, The Guardian reported.

“At around 4.30 p.m., a major detachment of the vessel’s forward section was observed,” the Mauritius National Crisis Committee said in a statement regarding The MV Wakashio. “On the basis of the experts’ advice, the towing plan is being implemented.”

The ship ran aground near Blue Bay Marine Park, a designated conservation area that is home to dozens of unique coral and fish species. To protect the area, crews used floating dams to cordon it off and divert the oil. India is helping the effort by sending 28 tons of material, including dams and barges to help lessen the oil spill impact, NPR reported.

Tug boats are trying to haul the ship hundreds of miles into the Indian Ocean in order to sink it, but NPR reported that bad weather is hampering plans to remove it.

It’s estimated that at least 1,000 tons from the ship’s 4,000 tons of oil spilled into the Indian Ocean, and by the time the ship split, nearly all of the remaining fuel had been removed, except for 90 tons that couldn’t be reached since it was mostly leakage residue, CBS News reported.

The Mauritius National Crisis Committee said that booms had been placed near the ship as it broke apart to absorb any of the remaining fuel leakage.

The ship’s owner, Nagashiki Shipping, will consider compensation requests from Mauritius, the BBC reported. The Japanese environment minister, Shinjiro Koizumi, said that Japan would send a team of officials and specialists to assess the damage, the Guardian reported.

While the full impact of the oil spill is still unfolding, the damage could severely harm Mauritius’ tourism-based economy for decades, The Guardian reported.

Besides the hit to tourism, scientists noted that the damage could affect the local ecosystem for just as long.

“This oil spill occurred in one of, if not the most, sensitive areas in Mauritius,” oceanographer Vassen Kauppaymuthoo told Reuters. “We are talking of decades to recover from this damage, and some of it may never recover.”