How Are We Learning to Live With Climate Change? 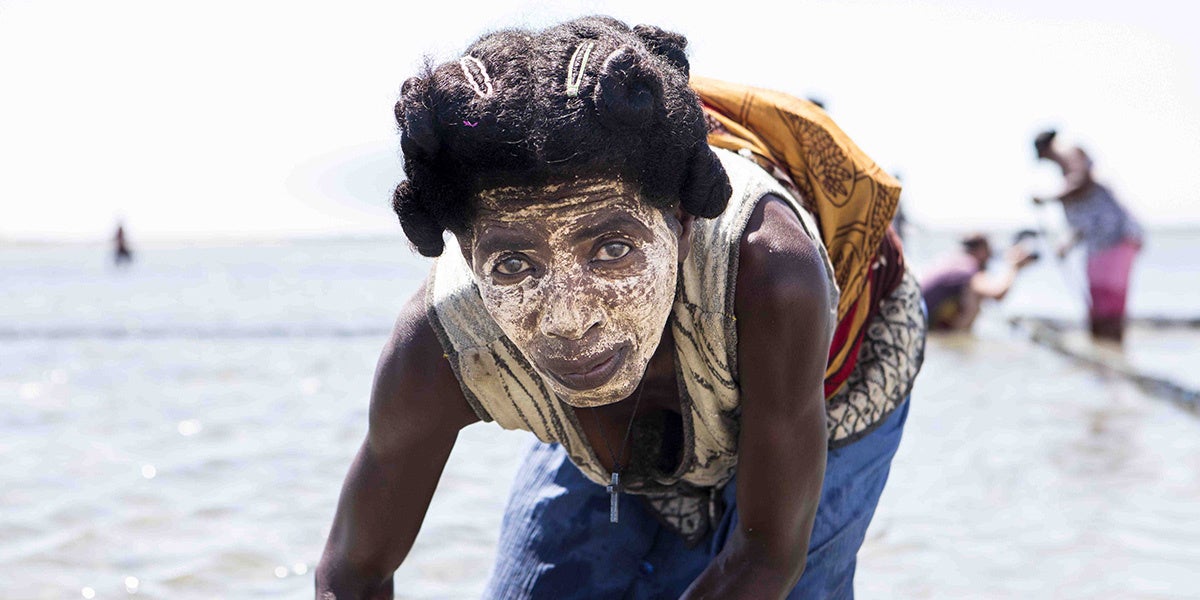 The devastating storms of Hurricane Katrina in 2005 submerged more than
80 percent of New Orleans and left more than 1,800 fatalities in its wake. Meanwhile, rapidly melting glaciers and ice sheets have caused sea levels to rise by 3.2 millimeters a year since 1995, which some predict could leave New Orleans submerged by the end of the century. In both scenarios—the levee failures in the Lower 9th Ward and the flooding caused by sea level rise—the low-income communities of color along the water’s edge are the first to go.

A new season of
KCET and Link TV’s news-magazine series Earth Focus, in partnership with the Thomson Reuters Foundation, explores how environmental change is forcing all living creatures to adapt in order to survive.

The first episode,
Sea Level Rising, is an in-depth look at the movement brewing in Louisiana to help communities adapt to a changing environment. Community organizations are educating the people of New Orleans on climate change while residents are taking matters into their own hands by building homes elevated off the ground and planting rain gardens that hold rainwater and prevent stormwater runoff. Cameras follow New Orleans Councilman at Large Jason Williams, as he and architect David Waggonner walk through an industrial area of New Orleans that is dotted with green infrastructure and criss-crossed with canals designed to catch stormwater runoff and circulate it around the city as part of the state-funded Greater New Orleans Urban Water Plan.

The episode then shifts its focus to the
Native American Cajun community of the Isle de Jean Charles, which is being displaced as coastal erosion and rising sea levels submerge the island, making them the first climate refugees in the U.S. The world watches as they partner with the U.S. Department of Housing and Urban Development to develop and implement a pilot program for the relocation of an entire community.

The six episodes in the upcoming season of
Earth Focus feature stories of both humans and animals surviving and sometimes even thriving in their rapidly changing environments as close as Los Angeles and as far as Madagascar.

As
global warming continues to drive extreme weather events around the world, people are fleeing areas hit with unprecedented droughts and rain. Climate Migration, episode two of the season, shines a light on how drought and extreme winters are eliminating a traditional, nomadic farming lifestyle in Mongolia. Farming communities are moving to the city, where the air quality is so bad that many children are too ill to attend school on peak pollution days. 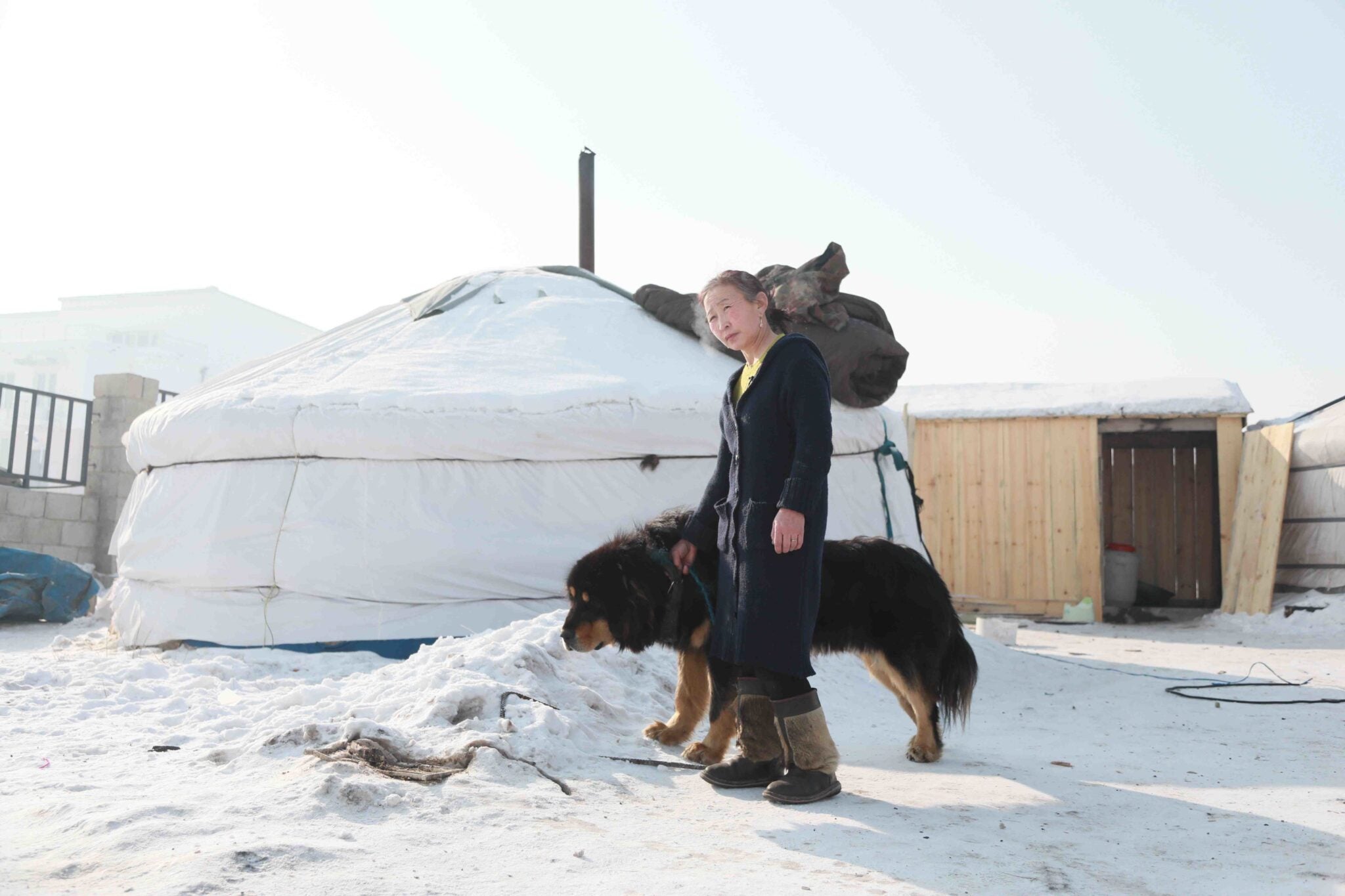 The episode also examines the way a chain of text messages on Whatsapp and Facebook lead to the migration of thousands seeking asylum from earthquake and hurricane-ravaged Haiti to the U.S.-Mexico border in Tijuana. The episode explores how a system of migrant shelters struggles to provide aid to the large influx of Haitian refugees and how thousands refugees have resettled in Tijuana after President Trump ended a temporary residency permit program for Haitian refugees.

Adaptation is a recurring theme this season with episode three,
Urban Planning, exploring the ways in which San Francisco and Freetown, Sierra Leone adapt to changing weather patterns that threaten communities built in areas susceptible to mudslides and flooding.

Developers in San Francisco are pouring billions of dollars into developments to keep up with the city’s growing tech industry, but with nowhere left to build, they’re looking to waterfront real estate that sits on San Francisco’s floodplains, while city officials look for ways to fund repairs for a century-old cracking seawall. The episode then looks at how years of civil war in Sierra Leone caused migration from rural areas to hillside slums in urban Freetown. Rocks to build homes were pulled from hillsides and slums expanded without infrastructure, contributing to massive floods and mudslides as unprecedented rainfall hit Freetown in 2017.

While some parts of the world are facing torrential downpours, areas like Western Morocco and Fresno have faced unprecedented drought. Episode four,
Adaptation to Global Water Shortages, shows how 13 villages in Morocco are being taught to use the ancient method of gathering moisture from fog, giving villagers a level of local control over their own water sources.

The episode also looks at how small unincorporated farmworker communities of Fresno struggle with water contamination while they work in agricultural fields that use up 80 percent of California’s water supply. The viewer will learn how researchers are working to develop innovative affordable water treatment plants for the area.

Episode five,
Future of Food, looks at how fishing villages in Madagascar dealt with overfished and underprotected oceans by developing sustainable fishing practices, particularly for sea cucumber, that are resilient to climate change and growing populations.

The season ends in Los Angeles with episode six,
Urban Habitat, which explores how the county’s wildlife has been adapting and thriving in spite of urban sprawl and how people are learning to embrace wildlife by implementing city and county projects that expand and connect green spaces for Angeleno wildlife like bobcats, coyotes and mountain lions.

“This is not a hoax, this is real. Climate change is real, so how do we live with it?” asks William P. Walters, a resident of New Orleans’ 9th Ward. “[In] this section of town, we started to understand that water and climate change goes hand in hand.”


The Earth’s changing environment is forcing living creatures to adapt in order to survive, but their experiences can provide blueprints for survival for others around the world. Tune in to the upcoming 2018 season of
Earth Focus to see just how resilient communities around the world can be.

The new season of Earth Focus premieres April 25 at 8:30 p.m. on KCET in Los Angeles, April 26 at 9 p.m. on Link TV on Dish and DirecTV in the United States, with FREE streaming worldwide on link.org/earthfocus.

Watch the new season of
Earth Focus below: