No Perfect Calendar: Why We Have Leap Years and Why the Earth’s Always out of Sync 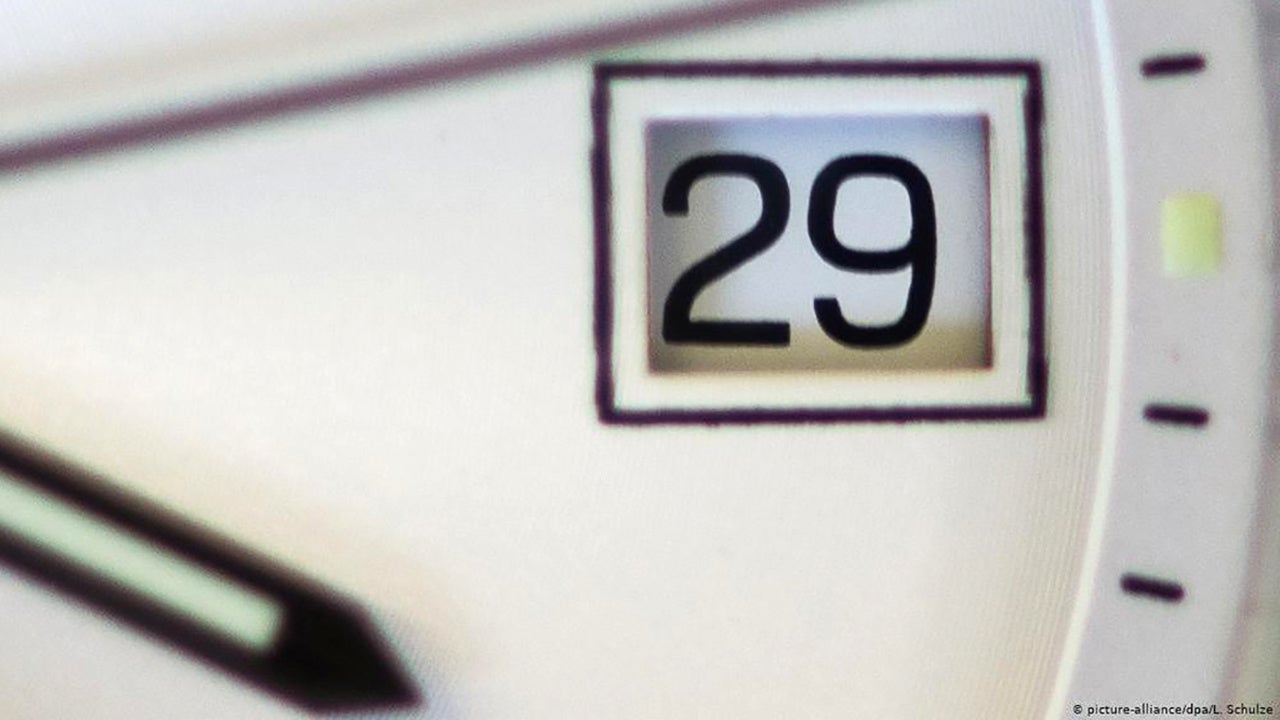 Family lore has it my father was born on Feb. 29, 1936 — a leap day in a leap year many moons ago. It seems fitting for a man who says he’s “not interested” in birthdays that he should have the option of missing his three years out of (almost) every four.

But given my dad’s talent for spinning yarns (he started his working life in markets), it’s possible he wasn’t even born in 1936, but in 1935, and that was just a bog-standard, “common” year.

Hold On: What’s the Difference Between a Common Year and a Leap Year?

In the Gregorian calendar, one of the most widely used calendars in the world, a common year is your standard “365-day” cycle. A leap year, however, has 366 days. It’s an attempt at improving the accuracy of the Western-Christian calendar to keep it in sync with the Earth’s rotations around the sun and “fixed” astronomical events, such as the equinoxes and solstices. 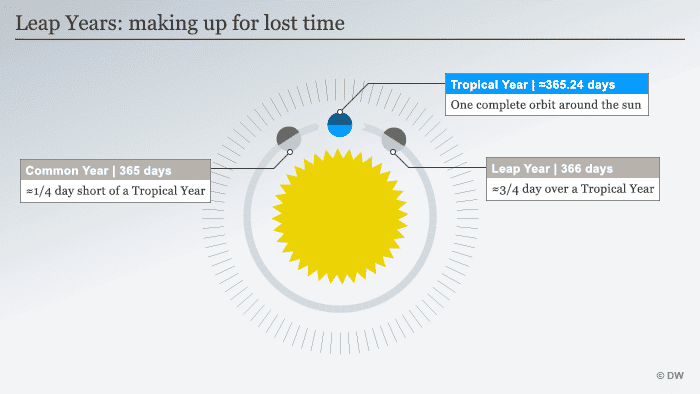 So What’s the Problem?

A year is the time it takes for the Earth to orbit the sun. We say it takes 365 days for the Earth to orbit the sun — but that’s not strictly true. A true year — known as a tropical year, solar year, astronomical year or equinoctial year — is the time it takes the sun to pass from vernal (or spring) equinox to vernal equinox. That’s 365 days, 5 hours, 48 minutes, and 46 seconds, or 365.2422 days to be precise. So there’s roughly a six-hour margin of error in every “common year.” Leap years compensate for the extra 0.2422 of a day. Failing to compensate for these “extra” hours would send us out of sync with the seasons — by about 24 days after only 100 years.

How Often Do We Have Leap Years?

Leap years occur almost every four years, with some exceptions.

What’s This About “Almost” Every Four Years?

Leap years were introduced by that grand old Roman, Julius Caesar, in the Julian calendar. Back then, leap years occurred every four years without fail. But it was felt this over-compensated. The Gregorian calendar was then devised by Aloysius Lilius, an Italian astronomer and philosopher, (and named after Pope Gregory XIII) to replace the Julian calendar, with stricter criteria for leap years.

We have to skip some leap years to account for the fact that those extra, or decimal hours (the 5 hours, 48 minutes, and 46 seconds) in the tropical year are just short of a quarter day. So in a sense we’re re-adjusting the re-adjustment, but we’re still left with an imperfect sum.

Battle of the Calendars

Do Other Calendars Have Leap Years?

Yes. The Chinese calendar has leap years featuring leap months — rather than leap days as in the Gregorian. A Hindu leap year also features an extra month. The Ethiopian calendar has 13 months, where the 13th month has five days in a common year and six in a leap year. The Islamic leap year occurs 11 times in a 30-year cycle. And a Jewish leap year has between 383 and 385 days, occurring seven times in a 19-year cycle.

And Does All This Leaping Do Us Any Good?

We do a fair bit of leaping about — even adjusting Universal Time with leap seconds to account for irregular changes in the Earth’s rotation. It can be very important for people to feel they are in sync with time and astronomical events, for instance, for religious reasons, such as Easter, which is tied to the Spring Equinox. But if not for religious or, say, environmental reasons, does it really matter if the seasons drift from month to month, or if we lose hours and days over thousands of years? Would we even notice?