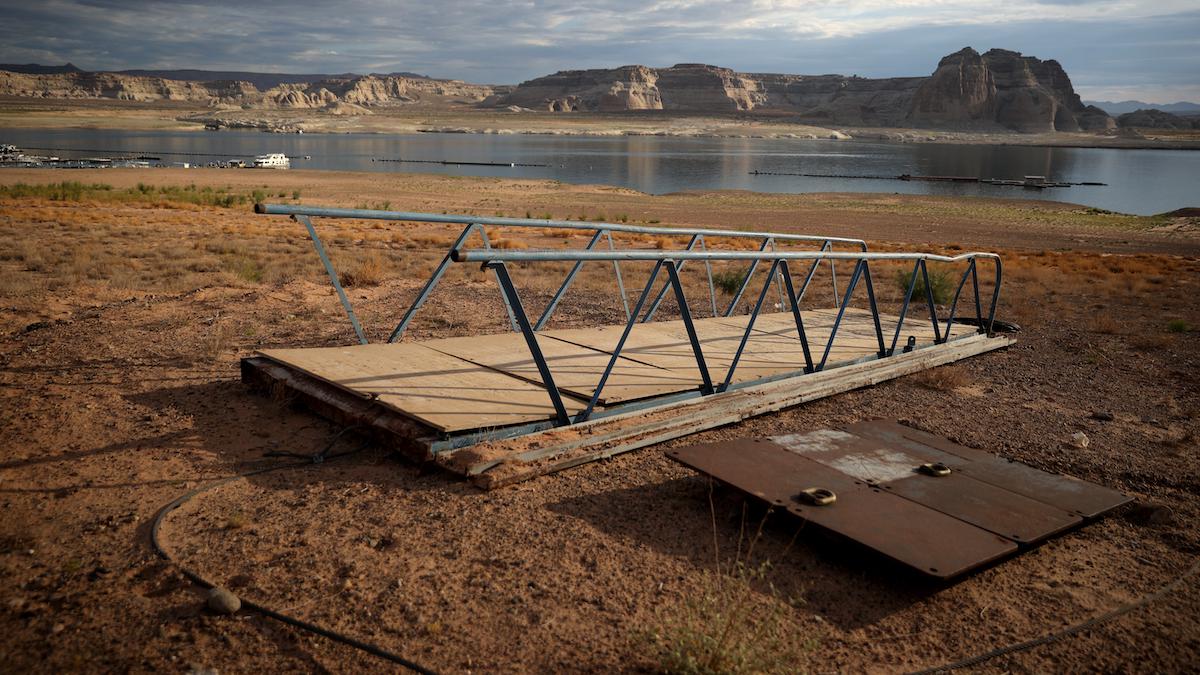 Lake Powell fell to just 33% capacity Monday, marking the lowest level on record, in large part due to a climate-change driven drought in the region.

The reservoir, which is the country’s second largest, is fed by the Colorado River and provides water for more than 40 million people across the region, including farmers, ranchers and native communities. Reduced snowpack, dry winters, and extreme heat are all worsening the region’s megadrought and contributing to the reservoir’s decline.

Lake Mead, another critical reservoir along the Colorado River, also reached historic lows last month. The Colorado River’s flow has decreased 20% over the past century, half of which was due to climate change, and it could decrease by as much as 30% come mid-century. The low levels at both Lake Mead and Lake Powell are threatening the ability of the Glen Canyon Dam, a hydroelectric power plant, to supply power to several Western states.

Federal officials are expected to declare a water shortage on the Colorado River for the first time next month, triggering cutbacks next year in Arizona and Nevada.

“Over time, cities are going to need to conserve more and more water, and that doesn’t get any easier with climate change,” John Fleck, the director of the Water Resources Program at the University of New Mexico, told CNN.