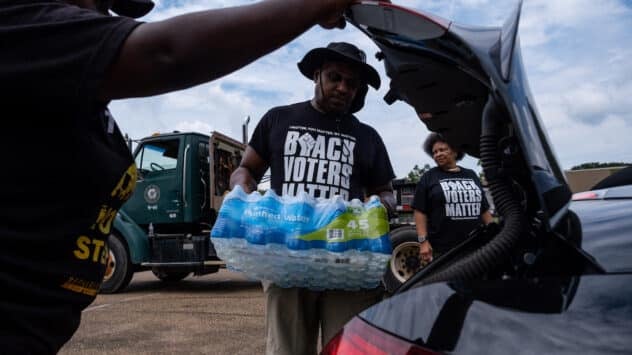 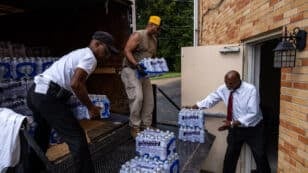 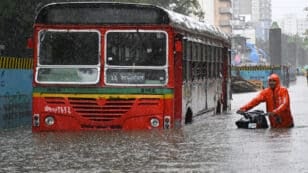 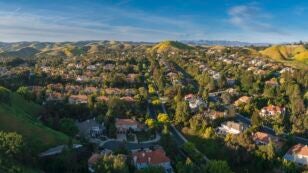 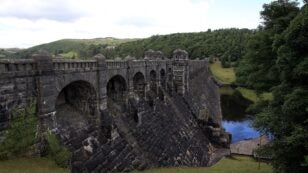 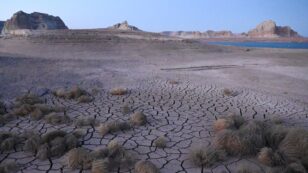 In an unprecedented move amidst a Western megadrought that started in 2000 and has been exacerbated by global warming, the federal government announced it will take measures to increase the water levels of Lake Powell, a Colorado River reservoir that is so low the hydroelectric power supply for seven states is in jeopardy, reported Reuters. […] 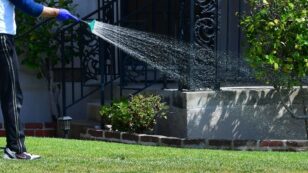 In an unprecedented move, California officials are ordering residents and businesses in three Southern California counties to limit their outdoor water use to one day a week. The restrictions will go into effect June 1 and impact millions of people living in Los Angeles, Ventura and San Bernardino counties. 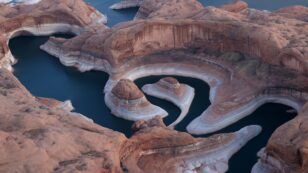 The second-largest reservoir in the U.S. dropped to a historic low on Tuesday as a climate-fueled megadrought continues in the nation’s West. Lake Powell, which sits on the border of Utah and Arizona, fell below 3,525 feet for the first time since the reservoir was filled more than 50 years ago to create the Glen […] 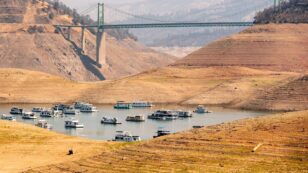 California just concluded its driest “water year” in nearly a century. Between October 1, 2020 and September 30, 2021, the cycle on which precipitation is measured, the average precipitation across the state’s weather stations was less than half of the historical average. Climate change, caused by the extraction and combustion of fossil fuels is intensifying […] 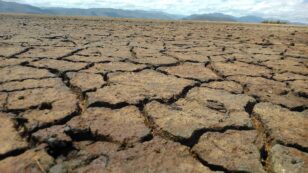 Disappearing Water in a Warming Climate: A Story in Four Visuals

By John Letzing and Andrew Berkley Water scarcity will be the biggest climate-related threat to corporate assets like factories within the next few decades, according to a recent report – but it seems to have barely registered on investors’ radar. Of course, the human cost of worsening scarcity is already fully apparent; about one out […] 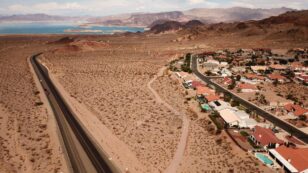 News reports about the Colorado River over the last few months have been intense and depressing. The first ever “cuts” in water deliveries out of the river to Arizona and Nevada took hold last week, with more cuts likely coming to more states. The ongoing 20-year drought, with the likelihood that climate change is the […] 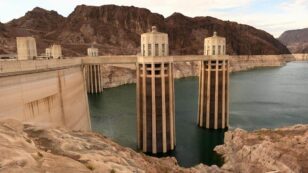 Federal officials, for the first time ever, declared a water shortage from the Colorado River on Monday — yet another bleak indicator of the magnitude of the drought across the West made worse by climate change. “It’s a historic moment where drought and climate change are at our door,” Chuck Cullom of the Central Arizona […] 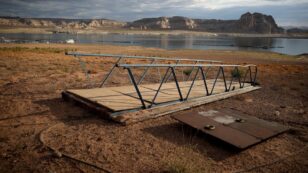 Lake Powell fell to just 33% capacity Monday, marking the lowest level on record, in large part due to a climate-change driven drought in the region. The reservoir, which is the country’s second largest, is fed by the Colorado River and provides water for more than 40 million people across the region, including farmers, ranchers […]