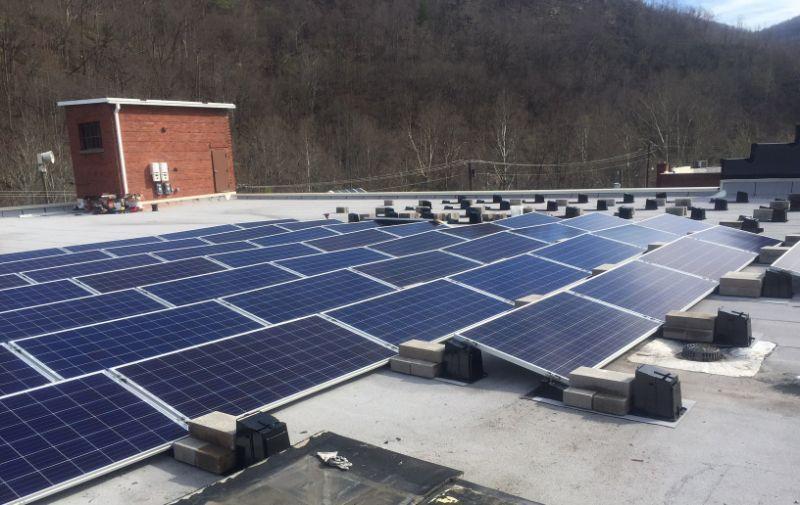 The Kentucky Coal Mining Museum will always commemorate the past, but now it’s also looking to the future by switching to solar power.

The museum, owned by Southeast Kentucky Community and Technical College, is located in Benham, a once thriving coal town portrayed in the 1976 Oscar-winning documentary Harlan County, USA.

The museum decided to move forward with the solar project after budget cuts pressured the college to reduce operating expenses.

“In the current economic times we’re in, any way to save money is always appreciated and helpful,” Brandon Robinson, museum communications director, said. “Especially when that’s money we put back toward teaching our students.

“We believe that this project will help save at least eight to ten thousand dollars off the energy costs on this building alone, so it’s a very worthy effort and it’s going to save the college money in the long run.

“It is a little ironic,” admitted Robinson. “But you know, coal and solar and all the different energy sources work hand-in-hand.”

Work to install the panels began Tuesday by Bluegrass Solar.

“I think everybody knows when we’re talking about attractions like this—these high-volume, low-traffic municipal attractions—something has got to give, to keep their expenses down,” said Tre Sexton, owner of Bluegrass Solar. Sexton told EKB-TV that the panels will generate more power than is needed by the museum, and the surplus will be fed back into the city’s grid.

“Clean energy is cheaper, it saves money, and it reduces pollution,” said Michael Brune, executive director of the Sierra Club. “So it’s no surprise that communities and institutions around the country are installing it as fast as they can.”

Sexton told Yahoo News that the project was funded by numerous sources, including multiple companies and local philanthropists.